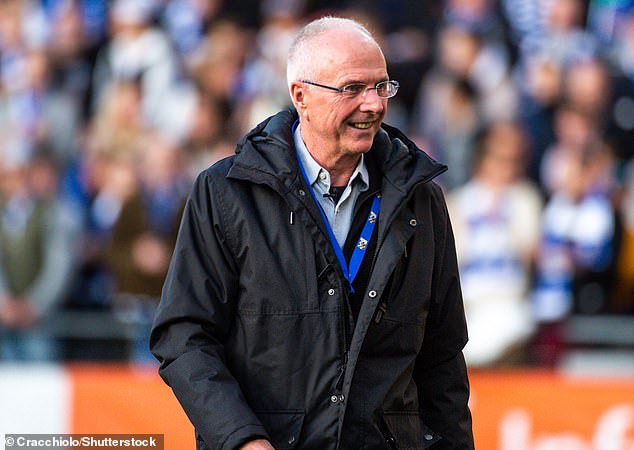 Former England boss Sven-Goran Eriksson has warned the current squad that they must not act like ‘divas or stars’ in Qatar if they want to go all the way at the World Cup.

In his six years at the helm, Southgate has led England to a World Cup semi-final and the final of the Euros, which they lost to Italy on penalties at Wembley. However, they have not won any of their last six matches heading into this year’s tournament.

Despite pressure building on Southgate, Eriksson believes the 52-year-old is ‘doing a great job’. He praised the England manager for bringing the squad together, and feels maintaining their cohesion will be key if the Three Lions are to win in Qatar. 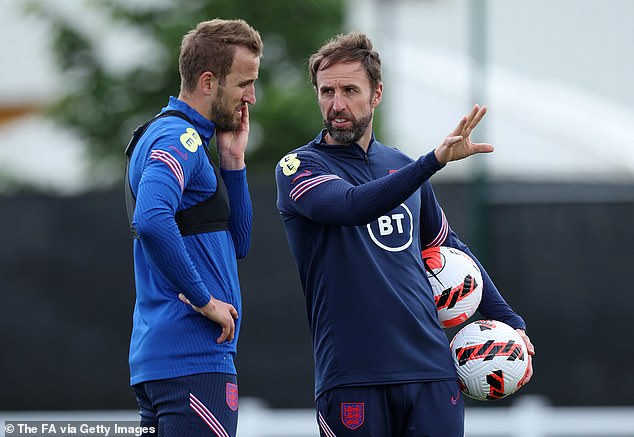 Gareth Southgate is under pressure to succeed, but Eriksson thinks he’s doing a ‘great job’

When asked for his thoughts on Southgate, Eriksson told Sky Sports: ‘He’s doing a great job. It’s very good to have a lot of stars in the team, but they cannot act like divas and stars. They have to be one of 26 players, that’s important.

‘And they have to work together, they have to help each other and respect each other, whatever you are, which club you’re coming from, how much money you’re earning.

‘You are here to make England great, and I think Southgate is doing that.’

With the World Cup less than three weeks away, Southgate is sweating on the fitness of a number of key players, with Kyle Walker, Reece James and Kalvin Phillips all currently sidelined.

Eriksson knows what it’s like to deal with injuries so close to a tournament, and has bemoaned his fortune from when he was in charge. 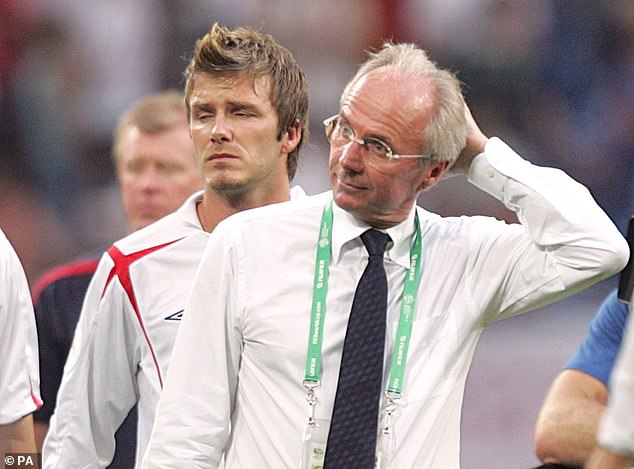 Eriksson knows World Cup heartache, having been beaten in the last eight twice with England

‘The three big tournaments I was in charge, we were unlucky with injuries. The first one, was Beckham. The second one in Portugal was Michael Owen, and the third one was Rooney was injured before,’ he continued.

‘And of course they are three important players for England, key players I would say. So, a little bit of bad luck.’

Having not won any of their games in the recent Nations League campaign, England are going into the World Cup short on confidence.

However, Eriksson has hinted that may not necessarily matter as he admitted he fully expected England to make the final of the World Cup when he was in the dugout in 2006, only to watch his side stutter through to the quarter-finals before being knocked out by Portugal.