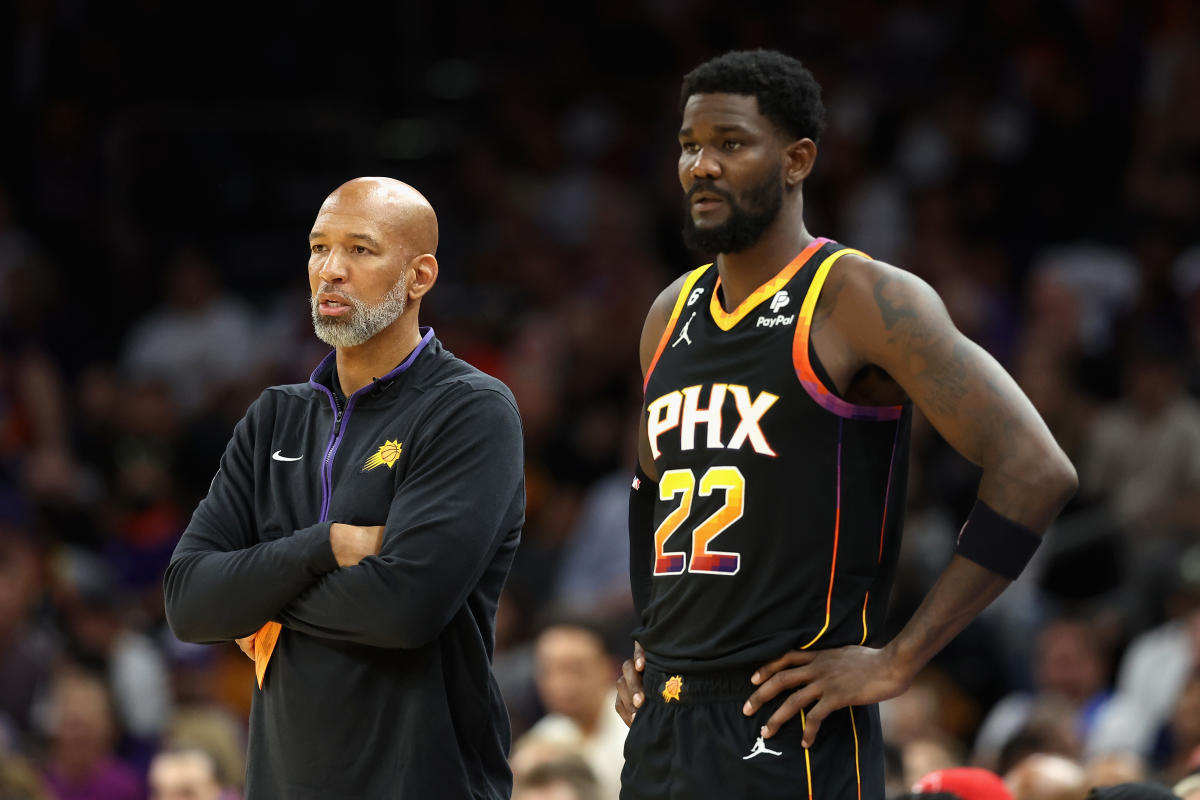 Ayton and Williams appeared to verbally jaw at one another during a timeout late in the fourth quarter with Phoenix down, 107-100, with 43.4 seconds left in the game. The Suns went on to lose, 113-110, to the Washington Wizards.

The frustrations appeared to emerge when Ayton failed to set a screen for Mikal Bridges that ended in a blocked shot from Torrey Craig. Ayton and Bridges then began arguing during a Wizards’ free throw attempt on the ensuing possession after Ayton was called for a foul.

After the game, both Ayton and Williams downplayed any animosity and cited collective emotions as the reason for the heated exchange instead. Williams added that Ayton wasn’t the only player who let his frustrations known.

“It was the whole team in those moments. It wasn’t just Deandre, it was the whole group out there not executing properly,” Williams said after the game. “It was a bit of frustration, but that happens. That was not an isolated one-person or one-player thing.”

“We weren’t really exchanging words,” Ayton said of the incident. “We’re a family. He know how to talk to his boys and his boys know how to just communicate. Obviously, the whole world see it, but it’s really all love and just getting us back to regroup and just take out the confusion.

“Everybody got to see us intensified in the moment,” Ayton said. “Damn, we lost our upper hand. It can get a little emotional. Oh I thought you said this, but Coach clarified it up in the huddle where we all were exchanging words.”

That all could be true, but what cannot be discounted is the rocky relationship Ayton and Williams had going into the season.

See also  NBA analyst believes E.J. Liddell has the skill set to be a productive power forward in the NBA

Ayton told reporters in September that he and Williams hadn’t spoken since the Suns lost to the Dallas Mavericks in Game 7 of the Western Conference Semifinals. The pair argued in the second half of that game, too, and Williams wound up benching Ayton for the rest of the game after Ayton played only 17 minutes.

Ayton also reportedly “did not feel valued” by the organization, according to ESPN’s Adrian Wojnarowski in May, when the Suns didn’t offer him a rookie extension. But Ayton wound up staying in Phoenix anyway after the Suns matched the four-year, $133 million offer sheet from the Indiana Pacers this offseason.

As the season drew closer, though, Ayton said he and Williams had resolved their issues: “Everything is back to normal,” he said. Williams, meanwhile, refused to disclose the conversation he and Ayton had before the season.

With the Suns sitting at 19-13 and fourth in Western Conference, there will be little room for error. Especially because Phoenix and the New Orleans Pelicans trail the Denver Nuggets and Memphis Grizzlies by only one game for the top spot in the conference.