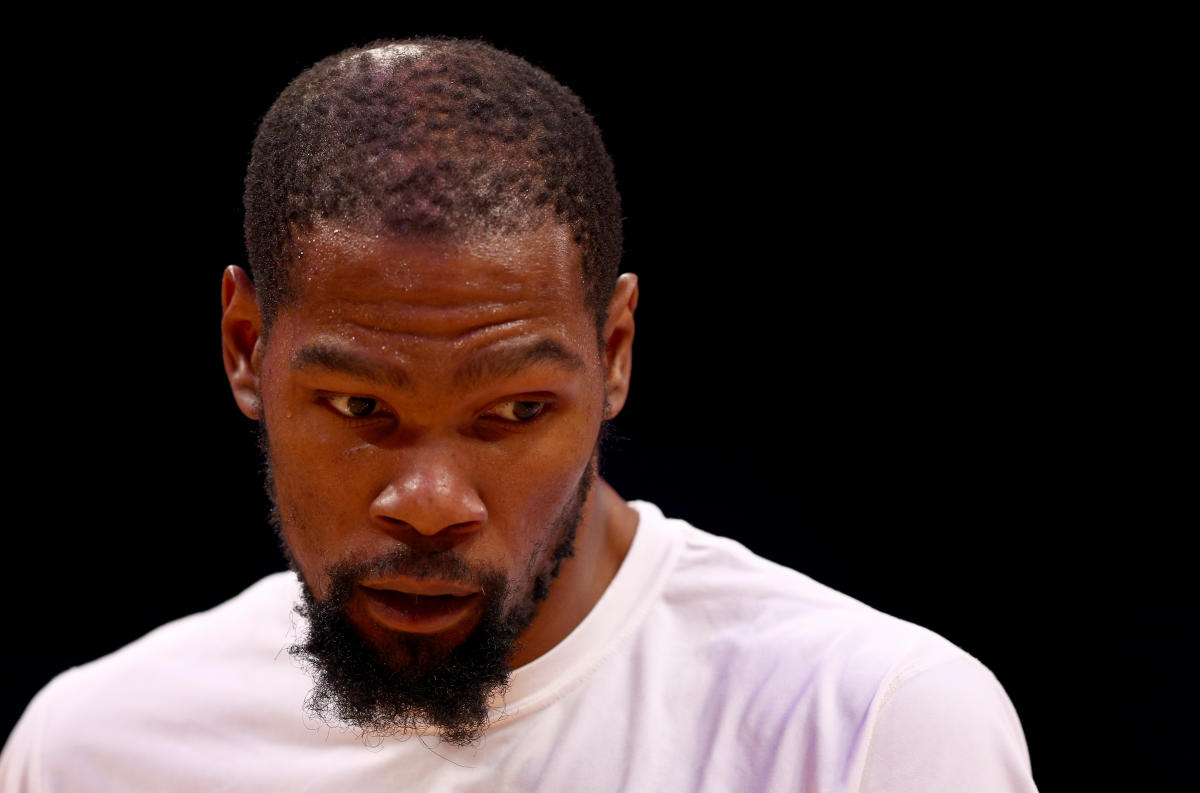 On Wednesday, we saw the Dejounte Murray trade to Atlanta, which impacted the betting odds for the 2023 NBA title. We knew there would be some significant player movement in free agency, which begins on Thursday night. However, significant news with Kevin Durant broke on Thursday afternoon and it likely has the biggest impact of any possible news.

Durant has requested a trade from the Brooklyn Nets, according to Yahoo Sports’ Chris Haynes. Haynes reports that the Phoenix Suns are listed as a preferred trade destination by Durant. Adrian Wojnarowski of ESPN reports that Durant also has the Miami Heat on his wish list, but reports also say the Nets will trade him to whoever gives them the best return.

As a result of one of the best players in the league requesting a trade, the betting odds for the 2023 NBA title have seen a seismic shift. We have a new favorite to win the NBA title and a former contender has moved way down the board. Let’s take a look.

After winning the NBA championship, the Golden State Warriors were originally installed as favorites to win the NBA title again in 2023. The Warriors opened at +550 to repeat, and they were the most popular bet in the early part of the offseason. Earlier on Thursday, Golden State was a +500 favorite to win a second straight championship.

See also  ‘I don’t see why so hard for guards’ to win Defensive Player of the Year, says Celtics’ Marcus Smart

However, once the Durant news dropped and preferred landing spots were reported, the Phoenix Suns shot up the leaderboard. Currently, Phoenix is a +500 favorite to win the NBA title. Golden State has dropped back to +550, the second best odds.

The Suns had the best record in the NBA during the 2021-22 regular season, finishing with 64 wins which was eight more than the second highest total. Phoenix entered the playoffs as +260 favorites to win the championship this past season. However, they were upset in the second round, falling to the Dallas Mavericks in a seven game series.

While no trade is completed, or even close to being completed, the idea of Kevin Durant joining a team already featuring Devin Booker and Chris Paul is certainly scary for the rest of the league. If those three join forces, the Suns will be tough to beat. Even the idea of it being possible has propelled them into NBA favorites.

The Miami Heat are also reportedly on Durant’s wish-list. The Heat’s championship odds have moved from 14-to-1 to 10-to-1 after the news broke.

When Kyrie Irving exercised his player option a few days ago, it seemed like the Brooklyn Nets might run it back with Irving, Durant and potentially Ben Simmons. However, that wasn’t meant to be.

It’s now confirmed that Durant wants out. It remains to be seen what happens with Kyrie, but the idea of him leaving seems rather likely. We do know the duo will not be in Brooklyn together this upcoming season, and their odds have taken a significant hit.

Brooklyn was the favorite to win the NBA title for most of last season, despite Irving’s vaccination status being a distraction and Durant missing extended time with an injury. They then traded James Harden to Philadelphia, but they were still viewed as a potential title contender. However, Ben Simmons, who was acquired in the Harden trade, never made it to the court and Brooklyn was swept by the Celtics in the first round.

Entering the offseason, Brooklyn was +700 to win the NBA title in 2023. Those were the third best odds in the league, right behind the Warriors and Celtics, who met in the NBA Finals this past season. It was expected the team would rebound and be one of the league’s top teams this upcoming season.

However, now that it looks like it’s all falling apart for Brooklyn, their odds are in a free fall. The Nets are now 25-to-1 to win the NBA title, the 12th best odds in the league. A rebuild looks likely for the franchise as their super team never came to fruition.