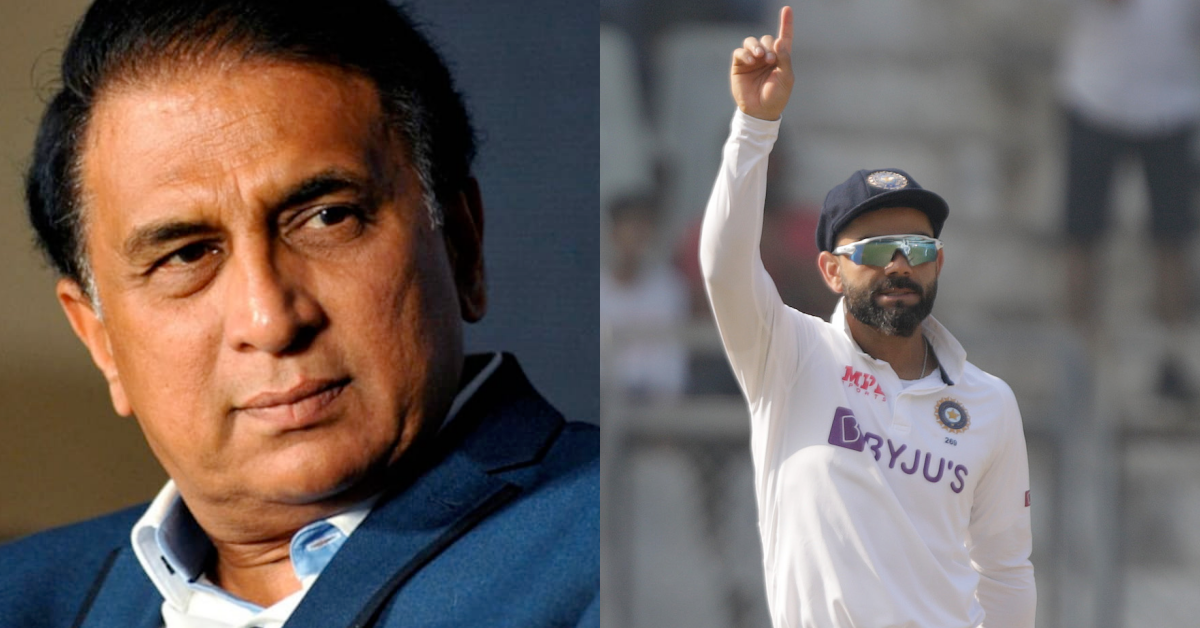 India batting legend Sunil Gavaskar came down heavily on critics who are slamming Virat Kohli for his poor form with the bat as he struggled to get that elusive 71st century, after he was dismissed for 45 in the first Test between India and Sri Lanka which began on Friday, March 4 in Mohali.

This match was a very special one for the Indian team as Virat Kohli completed 100 Test matches in his career, becoming the 12th Indian to do so and Rohit Sharma made his Test captaincy debut as well, becoming the 35th Indian to lead the national side in the format.

Meanwhile, Rohit Sharma won the toss and chose to bat first on a spin-friendly looking wicket. India read the pitch well and went in with three spinners in Jayant Yadav, Ravichandran Ashwin, and Ravindra Jadeja. Mohammad Shami and Jasprit Bumrah were the two speedsters.

He’s Been Scoring Lot More Than What I Did In Those 3 Years: Sunil Gavaskar On Virat Kohli’s Ongoing Form With The Bat

Though India managed to end the day at 356/7 with Rishabh Pant hitting a whirlwind 96 and Ravindra Jadeja remaining unbeaten on 45; the talk of the town remained Kohli’s lack of centuries as his last Test ton came in November 2019 against Bangladesh and his last ODI ton also came that same year against West Indies.

Speaking to Star Sports at Tea Break on Day 1 of the series opener, Gavaskar admitted that Kohli has been scoring half-centuries almost regular in the format despite his century drought in the format.

“He’s been scoring lot more than what I did in those 3 years. He is getting regular half-centuries or scores of 70-80 every alternate game. He is not getting the hundred. So you can’t say he is out of touch. Like I have been saying, the first mistake that he makes is turning out to be the last mistake,” he said.

“I think over here is played for the trajectory. You can that it was a flatter delivery and he could have played forward to it, but he played back. And with that backlift coming only a little bit across allowed the ball to sneak past the outside edge and hit the off stump. It was a matter of luck. It happens to the best,” he explained.

However, there was a silver lining in Kohli’s innings as en route to his knock, he also completed the milestone of 8000 runs in Test cricket, becoming the sixth Indian batter to achieve the feat.