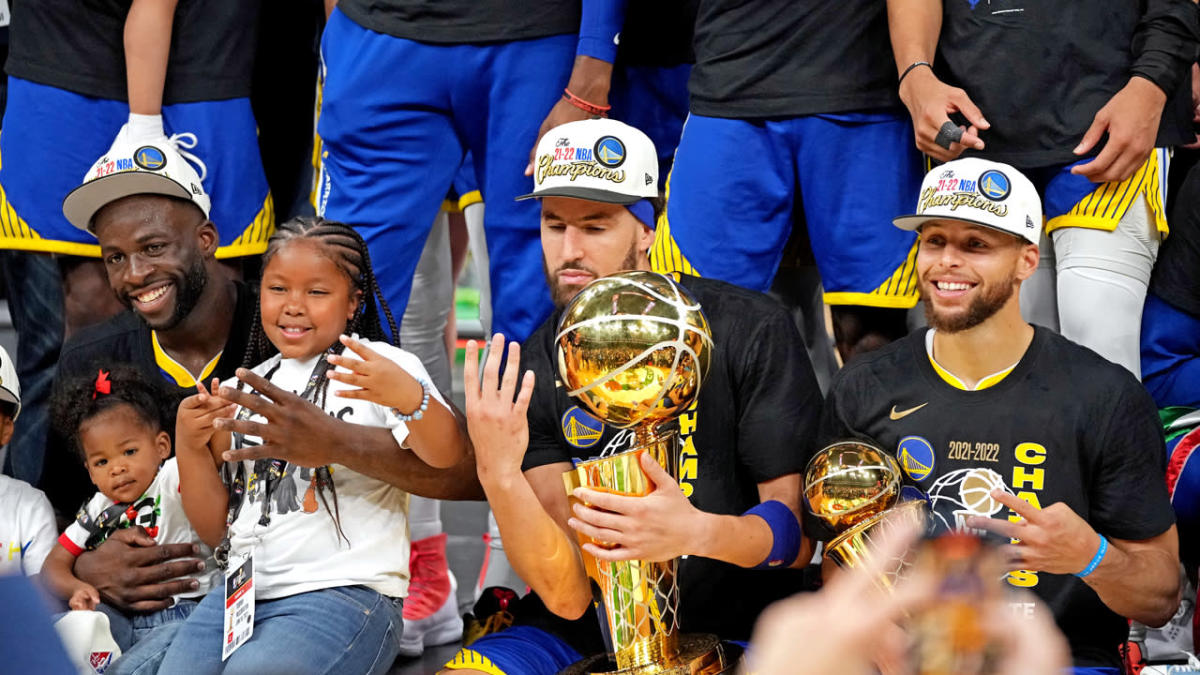 When Steph Curry, Klay Thompson and Draymond Green all are in the lineup, the NBA playoffs go through them.

Over the last eight seasons, they have been the gatekeepers for the Larry O’Brien Trophy.

No team has proven they can beat the Warriors in the postseason when those core three players are available.

The latest example came Thursday when the Warriors claimed their fourth NBA title since 2015 by beating the Boston Celtics in Game 6 of the Finals at TD Garden.

Shortly after Golden State’s 103-90 win, Green referred to the playoffs as the “Warriors Invitational.”

A day later, Curry doubled down on that comment when the Warriors’ plane returned to the Bay Area.

“We champs again,” Curry told reporters gathered on the tarmac at San Francisco International Airport on Friday. “Nice to bring ol’ Larry back home where he belongs. Like Draymond said, it’s the ‘Warriors Invitational.’ We back. So this is pretty special for sure.”

Since Steve Kerr took over as coach in 2014, the Warriors are 18-0 in playoff series against Western Conference teams. When they lost to the Cleveland Cavaliers in the 2016 NBA Finals, Green was suspended for Game 5. In 2019, Thompson and Kevin Durant suffered major lower leg injuries, derailing the Warriors’ quest for a three-peat.

In the moments after the final buzzer sounded Thursday, Curry was overcome with emotion, knowing how hard the journey to that moment had been.

Curry could be seen crying on the court as the Warriors celebrated their most recent conquest.

“To get the job done, it’s an emotional rollercoaster and obviously all the work that goes into it, the whole team is excited,” Curry said. “Everybody’s exhausted though, so we’re ready to get some rest and get ready for the parade on Monday.”

Curry, Green and the rest of the Warriors will party with Dub Nation in San Francisco on Monday. Coverage of the parade down Market St. begins at 9 a.m. PT on NBC Sports Bay Area, with the rally beginning at 10:20 a.m. PT and the parade getting underway at 11:20 a.m. PT.