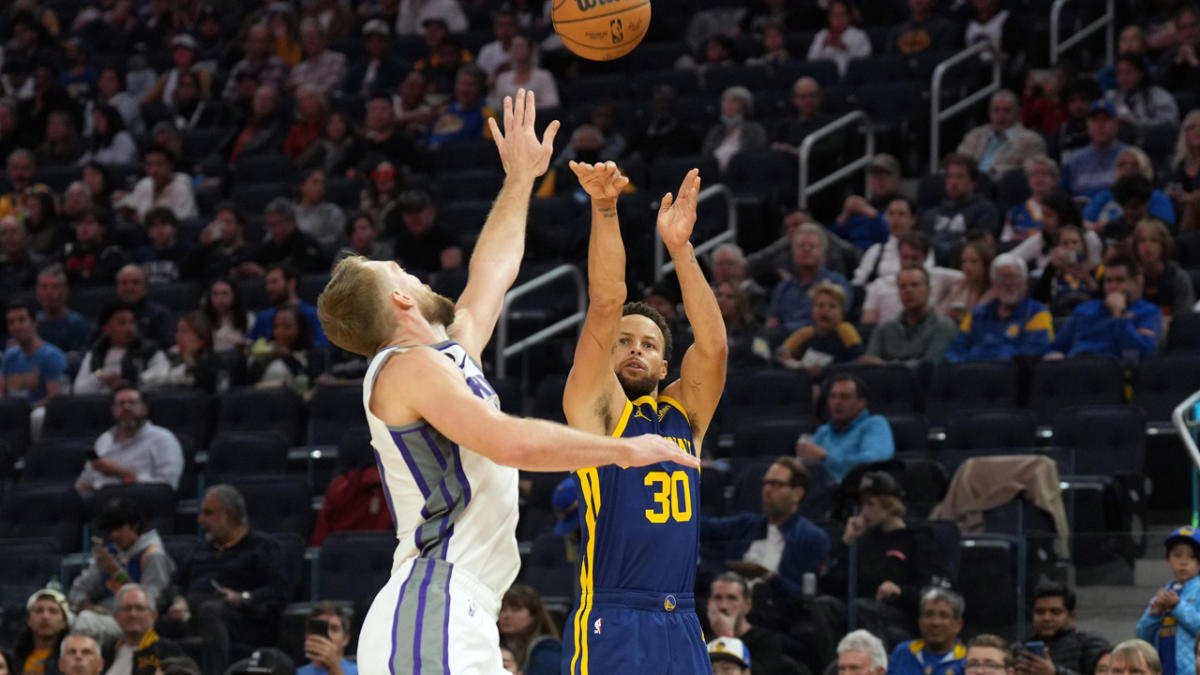 Steph Curry’s ability to shoot the basketball is unmatched and he reinforced that thought in the Warriors’ 130-125 win over the Kings on Sunday night at Chase Center.

By finishing the game with 33 points on 11-of-22 shooting from the field — 7-of-12 from the 3-point line — Curry made history yet again by racking up his 100th career regular-season game with 30 or more points and seven or more 3-pointers made.

Philadelphia 76ers’ star James Harden is next on the list with 42 such games. After Harden is Portland Trail Blazers star Damian Lillard with 36 and Curry’s fellow Splash Brother Klay Thompson with 30, per Statmuse.

For more context, adding Harden, Lillard and Thompson’s totals together (108) is slightly more than Curry’s total by himself (100).

Sunday’s game marked the first time this season that Curry made more than seven 3-pointers, as in his first two games, he made four and five against the Los Angeles Lakers and Denver Nuggets, respectively.

Already the greatest 3-point shooter in NBA history, Curry continues to break records with every game he plays.

When it is all said and done, there is no doubt that some records Curry sets will be nigh-impossible to break.