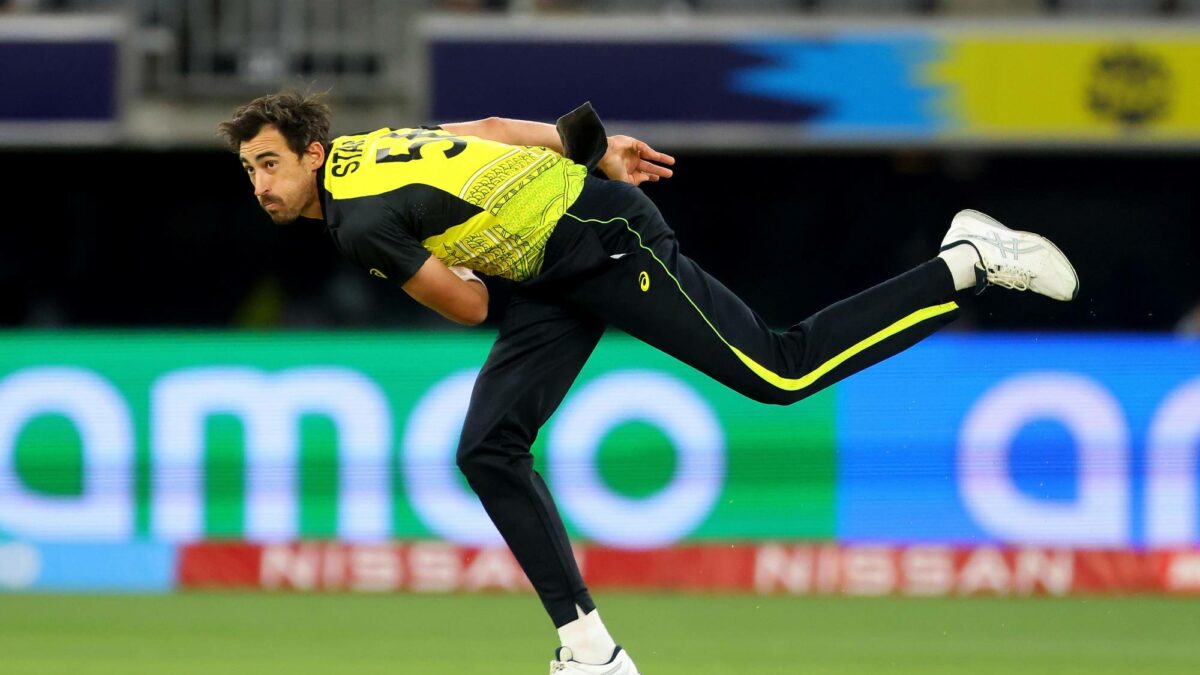 Complicating matters are a spate of potentially troublesome injuries to key players. Marcus Stoinis, Aaron Finch, and Tim David all spent time off the field. Hamstring complaints to varying degrees was the early word, though the reality will be more evident in the coming days.

“We are starting to hear of a right hamstring injury for Aaron Finch which is a concern,” former Aussie batter Callum Ferguson reported from the Gabba.

“With Tim David it looks like a left hamstring.”

Finch addressed his injury post-match when he was presented with man of the match honours.

“A little hammy twinge I think, I will get scans tomorrow,” Finch told Mark Howard.

“Unfortunately I have a history of them. It doesn’t feel too bad at the moment.. I’m very hopeful (of playing against Afghanistan).”

At one stage, Steve Smith, Ashton Agar, and Cam Green were all on the field as subs. Matthew Wade assumed captaincy duties, and Kane Richardson was the only fit squad player not used.

Even though Green’s case to be included is tempting, Smith would surely replace any batter who is unfit to play from here on. Most games are relatively low scoring (compared to franchise leagues), which would suit Smith. Big grounds also suit his smart running between the wickets. Oh, and he is one of the best batters in the world, even if his true value is tempered somewhat in the shortest format.

The follow-up question is a fascinating one: Would Finch come straight back into the XI when he is fit, should he miss the next game?

His half century was a vast improvement on Monday, but he is still far from the free-flowing opener Australia needs him to be.

“It wasn’t the easiest wicket to start on and I thought he played a really smart hand. He pulled the trigger at the right time. He will be enormously relieved.”

We wrote last week how unlucky David Warner had been across the first two matches of the tournament.

He would feel hard done by again following his dismissal for three on Monday night, helping the ball around the corner straight to short fine leg.

But all teams should be aware of the sleeping bull. The nature of T20 cricket is it’s far more random than the longer formats. Warner has not contributed with the blade yet, but will back himself to lift when it matters most at the pointy end of the tournament.

Scores of 5,11 and 3 look bad. But keep an eye on his feet, head and how hungry he looks to succeed. Doubting Warner – at least in the white ball arena – is premature.

It was hard not to feel some level of sympathy for Irish seamer Mark Adair, who had a forgettable night against hungry Aussie batters in Brisbane.

Adair went for 10 from his two overs against England but suffered badly against the host nation. His figures of 0-59 from 4 overs were the second worst in Irish T20 history, punctuated by a hard-to-watch 11-ball over that went for 26.

He made 11 with the bat, but was so far down the wicket when he was stumped he could have almost shaken the hand of Adam Zampa.

We will know soon enough whether Australia is unnecessarily stubborn, rigid, or right in its team selection.

Mitchell Starc again missed out on new ball duties at the Gabba, while Marcus Stoinis was seemingly wasted behind Glenn Maxwell in the middle order.

It’s a fine balance in tournaments. Change too many things and the risk of instability heightens. Keep things the same and you become predictable.

“Starc is so dangerous,” Clarke said.

“If he gets it right and if there is any hint of swing he will find it. I’d still give Starc one up front. “

But Cummins, despite getting whacked for a huge six, bowled Irish captain Andy Balbirnie with the last ball of his first over. He had 0-10 after three balls and finished with 2-28.

One move which undoubtedly worked involved Maxwell, but not with the bat. The off-spinner had bowled just one over across Australia’s previous two games and was introduced in the third over by Finch.

After getting two wickets in four balls, Mark Taylor rightfully called the move “a masterstroke.”

Then Starc found swing and skittled Curtis Campher for a golden duck and George Dockrell a few balls later as comprehensively as you can possibly imagine.

“I think it would be a bit of a hit to his ego not taking that first ball,” Shane Watson said on the TV broadcast.

“The ball normally doesn’t really swing in the third over… Starc will just be proving a point.”

Still, questions must be asked whether Maxwell should bat ahead of Stoinis now. Maxwell averages 11.7 from his last 13 T20I knocks. Meanwhile, Stoinis is unequivocally the form player of the Aussie XI.

If Australia are serious about giving their best players the best chance to perform, then Stoinis at number four is a no-brainer.

A BAD NIGHT FOR ENGLAND

What? England didn’t play on Monday night. Yes, that is correct. But they still had a bad evening.

Australia’s win by 42 runs – and crucially, bowling Ireland out – meant they almost went past their oldest rivals on net run-rate. The fact England took 19 overs to chase down Afghanistan’s total and lost to Ireland suddenly loom larger than ever.

England’s advantage in this tournament is they play last in group one, meaning they will know exactly what they need to do to qualify for the next stage. But this is potentially offset by the fact they still have games against New Zealand and Sri Lanka to come. Lose either one of those, and they are done.

The same wicket will be used for the England vs New Zealand crunch match on Tuesday night.

Lorcan Tucker hurt Australia’s net run-rate almost single-handedly at the Gabba. The 26-year-old went hard from ball one, finishing unbeaten on 71 from 48 balls.

Tucker has a mediocre professional record with the bat, but he’s now Ireland’s top scorer at the T20 World Cup after running drinks for them in the UAE last year.

“He wasn’t just swinging wildly and when he got the opportunity he hit it over the fielders in the ring.”