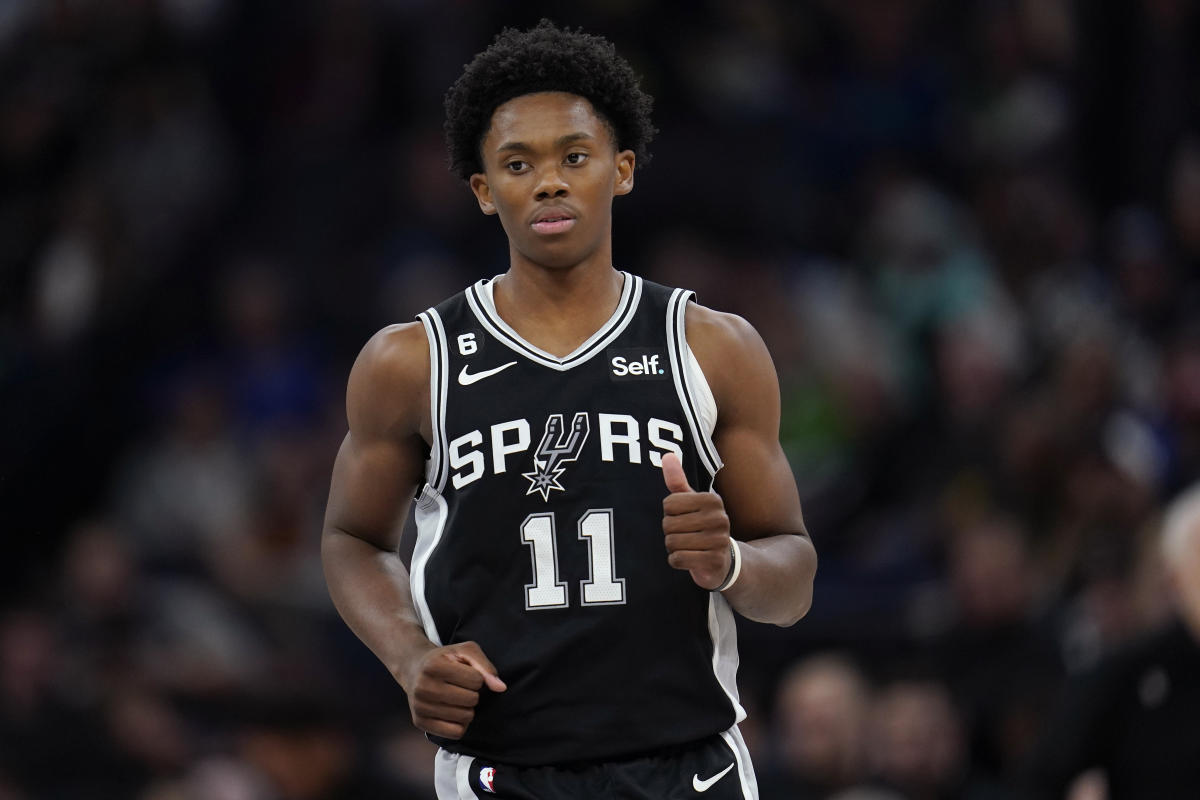 Plenty of questions were raised when the San Antonio Spurs waived last year’s 12th overall pick Joshua Primo out of the blue on Friday. An answer arrived one day later.

Primo was released over multiple alleged instances of him exposing himself to women, according to ESPN.

The report is light on details of the allegations against Primo, merely noting the sudden decision to cut him loose reflected the severity of the issues with the 19-year-old wing. Primo is currently on waivers and will hit free agency on Monday unless a team claims him and the $4.1 million salary for this season plus $4.3 million for 2023-2024.

Through 54 career games, Primo — who is still younger than many of this season’s NBA rookies — has averaged 5.9 points, 2.3 rebounds and 1.8 assists in 19.6 minutes per game while shooting 37.2% from the field. Many NBA teams are reportedly still interested in his potential, but are looking for more information as they consider claiming him on waivers.

Before Saturday’s report, most NBA observers were either confused by the Spurs’ decision to waive Primo or assumed there was more to the story, which has turned out to be true.

It was a stunning move given that the Spurs had drafted him 12th overall out of Alabama 15 months earlier and had picked up his option for next season earlier this month. Spurs CEO R.C. Buford hinted at issues surrounding Primo in a brief statement:

“It is our hope that, in the long run, this decision will serve the best interest of both the organization and Joshua.”

Primo released his own statement hours later announcing he was seeking mental health treatment to address past traumas and requested privacy at the moment:

“I know that you all are surprised by today’s announcement. I’ve been seeking help to deal with previous trauma I suffered and will now take this time to focus on my mental health treatment more fully. I hope to be able to discuss these issues in the future so I can help others who have suffered in a similar way. I appreciate privacy at this time.”

Even with the revelation from ESPN, the lack of details likely means Primo’s future remains hazy for the foreseeable future, unless more details come to light.