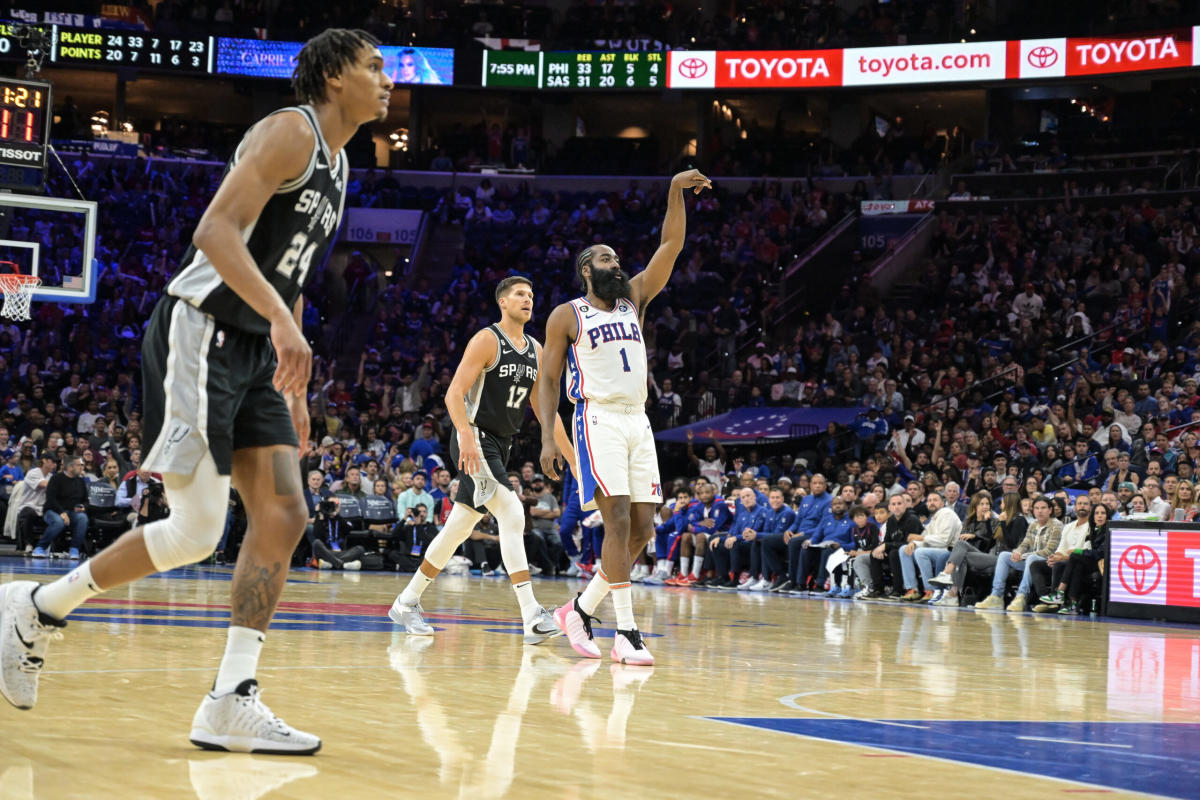 PHILADELPHIA–San Antonio Spurs coach Gregg Popovich and Philadelphia 76ers star James Harden have had a lot of battles throughout their time in the league.

While Harden was with the Houston Rockets, he would consistently face Popovich and the Spurs throughout the season and then in the playoffs. While The Beard is a different player now than he was then, he still draws the respect of every team he faces.

Before the Spurs knocked off the Sixers, Popovich stated his admiration for what Harden can do out on the floor.

“He’s a special player,” said the 5-time champion coach. “Nobody stops him. When he gets stopped, he stops himself. Either he’s not engaged or maybe he’s not in the greatest shape at that time, but when he’s in shape and he’s ready to play, he’s a special dude. Without any doubt.”

Harden had a tough night on Thursday as he had just 12 points on 4-for-18 shooting, but he did have 12 assists and nine rebounds as he found other ways to contribute.