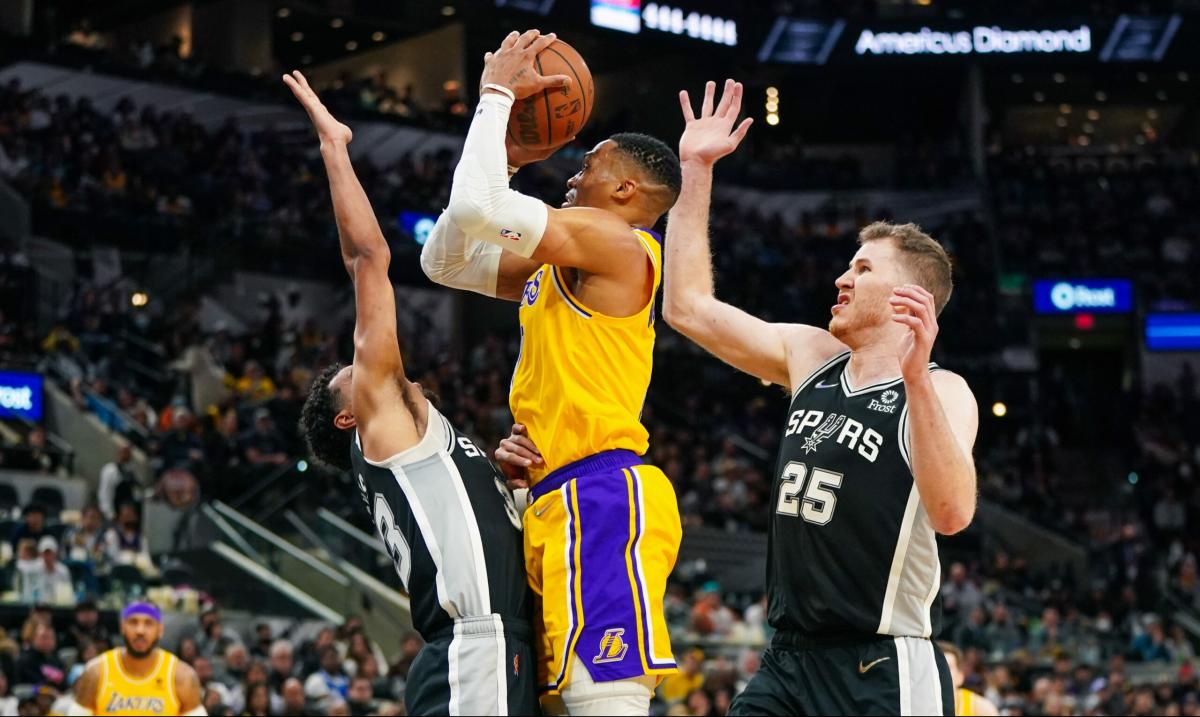 The Los Angeles Lakers have few options left when it comes to a Russell Westbrook trade, but they may have enough options left to significantly improve their roster by getting rid of him.

Right now, the option getting the most attention is a potential deal with the Utah Jazz, as they are starting a rebuilding project and have several veterans they’re willing to jettison.

But another option that hasn’t drawn attention is the San Antonio Spurs.

Earlier this summer, it was reported that they may have been willing to facilitate a trade involving Westbrook that would’ve brought Kyrie Irving to L.A.

With Irving staying put with the Brooklyn Nets (at least for now), the Spurs may still be open to receiving the 2017 league MVP.

“At one point in time, the Spurs were in talks with the Los Angeles Lakers to absorb Russell Westbrook’s contract,” L.J. Ellis of SpursTalk wrote. “In that scenario, San Antonio was to be compensated with multiple draft picks. Currently, a source close to the Spurs says the two teams are no longer engaged in active talks due to the Lakers preferring offers by both the [Indiana] Pacers and the [Utah] Jazz.

“According to a Western Conference scout, the Lakers are telling teams that they will take a wait and see approach to trading Westbrook as training camp approaches. If the Lakers decide to trade Westbrook at some point down the line, the Spurs remain one of the few teams in the league open to such a deal.”

There is a growing feeling around the league that the Lakers may not deal Westbrook prior to the start of the season, partly because they may have better deals available to them by the trading deadline this winter.

Do the Spurs have anyone who could help the Lakers?

“Although it’s definitely possible that the Spurs trade Poeltl and/or Richardson before the start of the regular season, a team insider tells me the franchise is willing to hold onto both players until the trade deadline if that’s what it takes to get an acceptable package in return.”

Although the Lakers seem to have a very good center rotation right now, Poeltl is a player who could help move the needle.

Richardson, meanwhile, is the type of wing the Lakers sorely need. At 6-foot-5 and 200 pounds, he has a robust 6-foot-10 wingspan, and he shot 41.5 percent from 3-point range last year.

As of now, they’re short of proven options at the 2-guard spot, as Austin Reaves is still somewhat underdeveloped and Lonnie Walker IV isn’t an efficient shooter or effective defender.