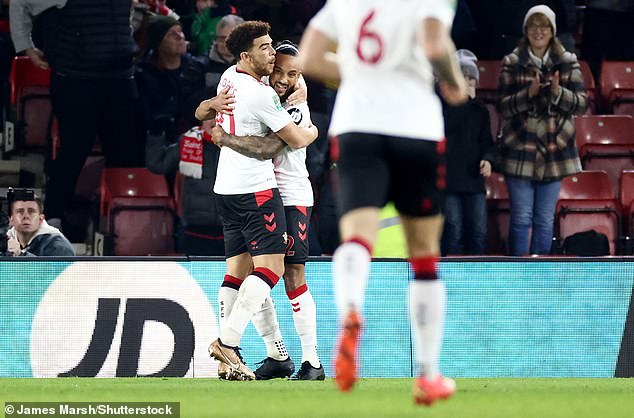 Southampton 2-1 Lincoln City: Che Adams nets twice as Saints come from behind to march into the Carabao Cup quarter-finals… ending the League One side’s run

Any more false starts and the gun might run out of powder at St Mary’s.

It then took third-tier Lincoln less than two minutes to trip his side up. Saints barely left the starting blocks here, in truth, but they are in the quarter-finals of the Carabao Cup. Just. 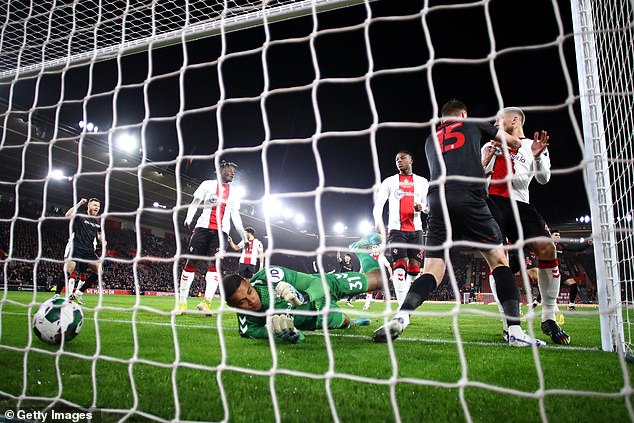 It was hard, it was often horrible to watch. But Che Adams’ goal, 16 minutes from time has them up and running.

Lincoln, who sit 14th in League One, will rue this opportunity missed.

They were impressive and they led, thanks to a comical own goal awarded to Saints goalkeeper Gavin Bazunu after Ainsley Maitland-Niles’ blunder. But Adams found the net in two brief spells of life. And for now, that will do. 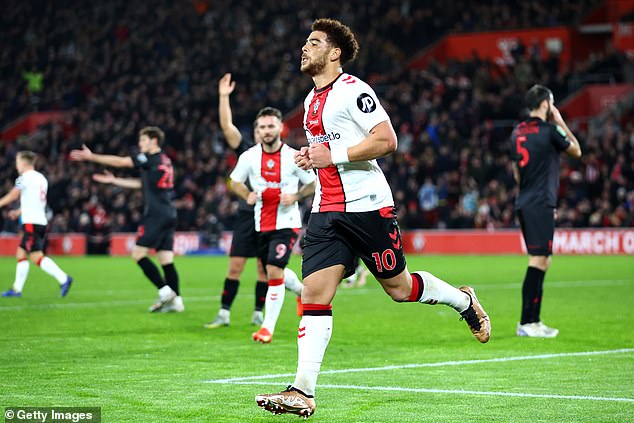 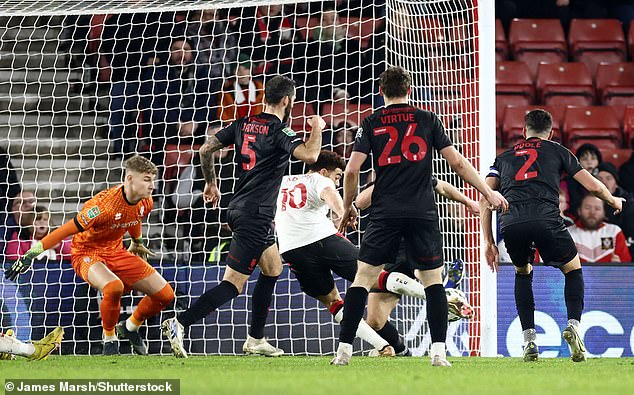 No Premier League squad is carrying fewer World Cup minutes in their legs than Southampton (270); not many managers, parachuted in mid-season, are given a month to bed in.

Little steps is all Jones had hoped for. A comedy of missteps is what he got early on. Southampton were laughably bad.

Pity Maitland-Niles in particular. He produced a personal highlight reel of early bloopers.

None more calamitous than from an early corner, when his botched clearance looped high towards his own goal and poor Bazunu, challenged by Paudie O’Connor, could only help it in.

Saints did eventually splutter into life and they levelled soon after, Adams heading in from Mohamed Elyounoussi’s cross.

He looked offside but, without VAR, Lincoln’s protests fell on deaf ears.

Unlike the sporadic grumblings from the home supporters. Lincoln continued to look the slicker, more incisive side until Adams pounced from close range to deny Mark Kennedy’s side.

Saints didn’t deserve the gloss of two more injury-time goals which should have followed, only for teenager Samuel Edozie to miss an open goal, and Adams to dither with team-mates queueing up to score.

The Premier League relegation battle won’t be so forgiving. Starting against Brighton on Boxing Day. 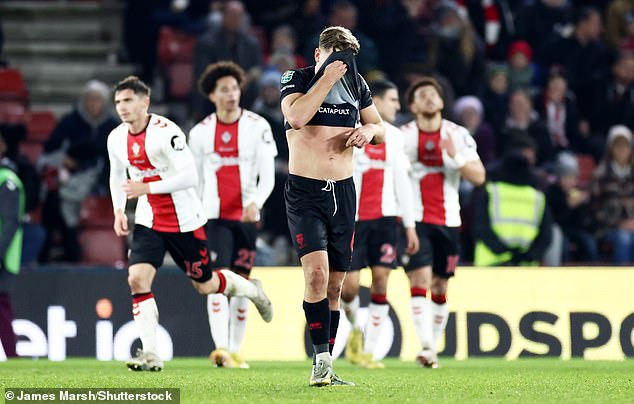