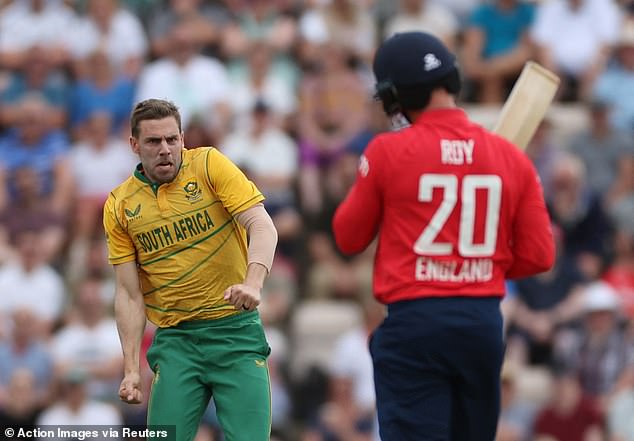 EXCLUSIVE: ‘If we play six and you play 15 in a year, I don’t see that being fair’: South Africa bowler Anrich Nortje urges ICC to give World Test Championship-leading Proteas more matches

Anrich Nortje has called upon cricket’s authorities to give South Africa the number of Tests their current status merits.

Although the Proteas enter the three-match series against England as leaders of the World Test Championship, this is not reflected in bilateral series, in which they get fewer opportunities than the big three of England, India and Australia.

‘If we play six in a year and you guys play 15 in a year, I don’t see that being fair,’ fast bowler Nortje told Sportsmail. ‘Our guys are not going to be as well-known as previous generations if we play 18 games in three years, or something like that. 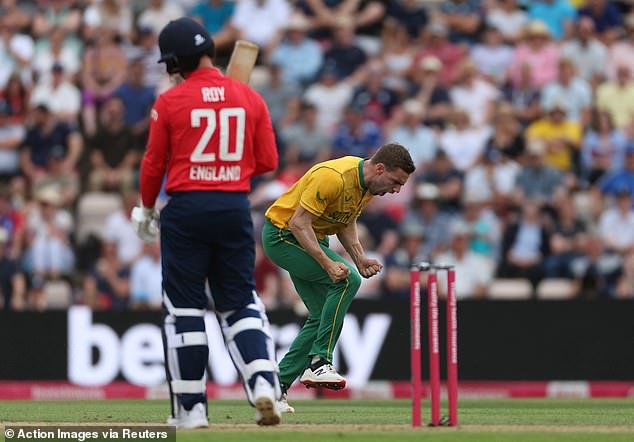 ‘We want to be the No 1 team in all formats. It’s unfortunate the way it’s gone but we are very keen to make a mark. It would be nice to be able to play more Test cricket, not just two-match series.’

The numbers back up the claim, with South Africa’s 26 Tests over the past four years dwarfed by the 53 of England and 41 of India. Even though Australia barely left home during the pandemic, they still clocked up 34.

Under the world game’s current framework, individual countries lose money hosting bilateral series that do not involve the wealthy triumvirate, hence it is understood that South Africa have only two home Tests lined up in two of the four years of the next Future Tours Programme.

It also represents a shot across the International Cricket Council’s bows that a team crammed with multi-format players, from a country who rocked the sport by pulling out of a one-day series against Australia next January to launch a money-spinning new Twenty20 league, remain so passionate about the traditional form of the game.

‘The players themselves are really excited and want to play Test cricket,’ saide Nortje. ‘We’re excited to play, excited to be here and go head-to-head with one of the better teams at this stage. 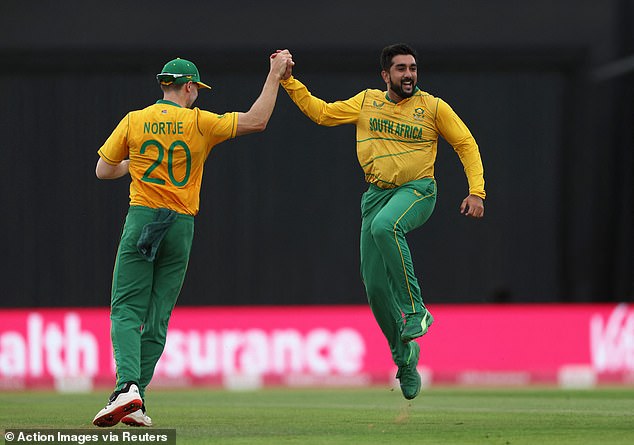 ‘It remains the ultimate format, the hardest one. Day by day your technique gets examined, and so much goes into that. We are first in the log, so it’s going to be good competition.’

‘What they’ve done is exciting, and they’ve really pulled it off in terms of moving the game forward – last innings chases of theirs have been great,’ Nortje said.

See also  GT vs PBKS: Batting First Wasn't The Wrong Call, Needed To Get Out Of Comfort Zone

‘But we are not going to change, because there isn’t much we really can change as a team, so if England want to go out and play in a certain way then so be it. We will play the way we are used to.’

Nortje is set to play his first Test in over a year at Lord’s, due to a succession of injury issues (Duanne Olivier was on Sunday ruled out of the series), and Kagiso Rabada also appears on course to play after overcoming an ankle ligaments issue.