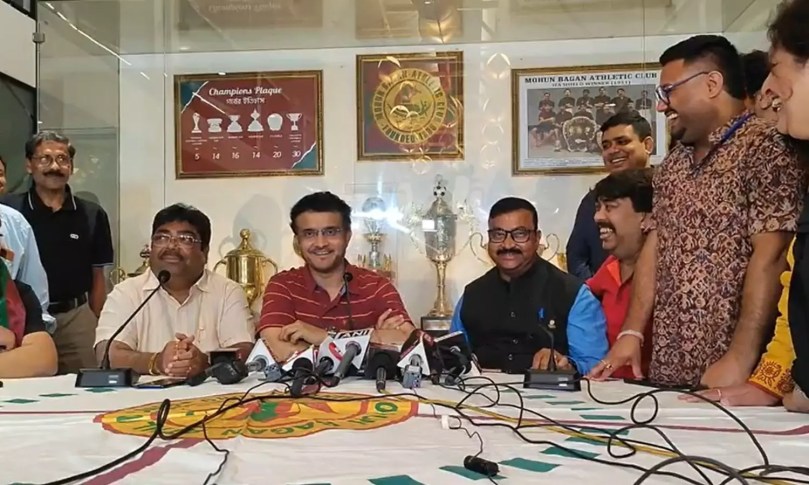 Kolkata Derby LIVE – Sourav Ganguly ATKMB vs EBFC LIVE: Known as Prince of Kolkata, Sourav Ganguly is under fire in his own backyard. A section of Mohun Bagan fans has lashed out at former India Captain after he made some contentious remarks. The Mariners fanbase believes his comments at the joint ATK and Mohun Bagan press conference were to degrade Mohun Bagan’s identity. The recently ousted BCCI President has already expressed his interest to return as the director of ATK Mohun Bagan management. Follow ATK Mohun Bagan vs East Bengal LIVE & ISL 2022 LIVE Updates on InsideSport.IN

“I am a part of ATK Mohun Bagan. When ISL started it was only ATK. I was with ISL since then. Now Mohun Bagan has become one with us,” Sourav Ganguly said when asked about his involvement with the club.

His statements appeared to indicate that the side now known as ‘ATK Mohun Bagan’ in the Indian Super League used to be known as ‘ATK’ in the past. This contradicts previous comments made by management following the merger. Amid the growing protest of ‘RemoveATK’ from the club’s name, his comments did not sit well amongst fans.

The supporters were outraged and disappointed with Sourav Ganguly and the administrators. They believe both have failed to defend the 133-year-old club’s identity.

What irked supporters, even more, was his remarks on ‘Remove ATK.’ Ganguly chuckled and passed it on to Mohun management to deal with.

“This will be solved only by Debashish Da… and Babun,” Sourav Ganguly said. He was referring to Mohun Bagan general secretary Debashish Dutta and football secretary Babun Banerjee, who also happens to be West Bengal Chief Minister Mamata Banerjee’s brother.

Dutta has been implying for months that discussions are underway to remove the ATK prefix from the Mohun Bagan football team’s name. So far, though, he has been unable to generate a result. As a result, he has received heavy criticism from Mohun Bagan supporters with protesters even reaching his residence.

This is not Sourav Ganguly’s first engagement in Mohun Bagan’s continuing identity dilemma. Back in 2020, he appeared in a contentious campaign that prompted a huge response from Mohun Bagan supporters for its misuse of the club’s identity. After backlash, ISL promptly removed the campaign. 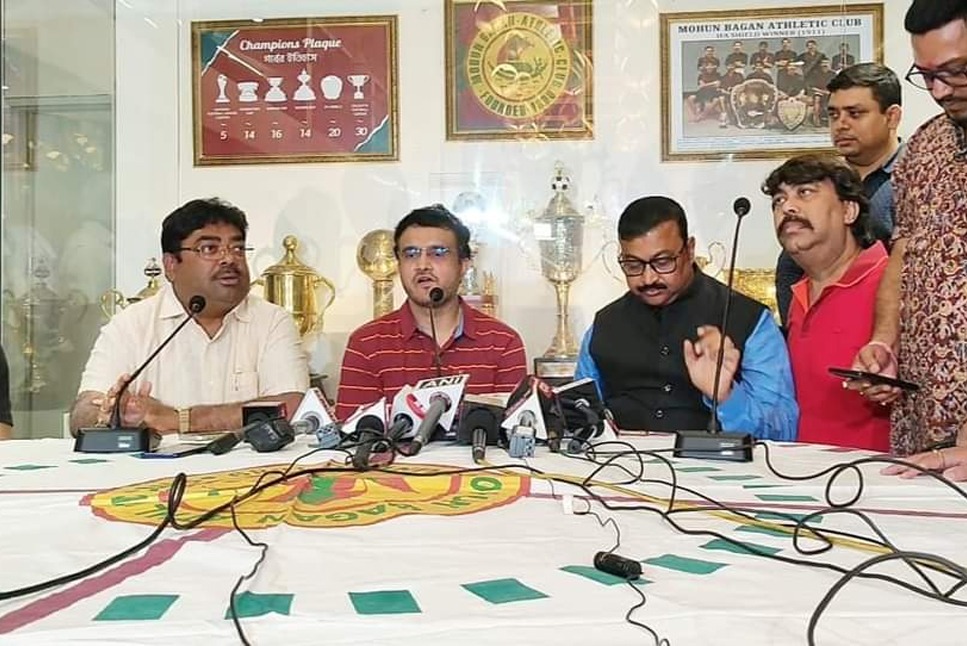 Ganguly to be back as ATKMB Director: Meanwhile, Ganguly has expressed his wish to reclaim his position as the Director of the Club. He had to leave the position due to a conflict of interest after RPSG Group bought the Lucknow franchise in IPL. Goenka is also the owner of ATK-Mohun Bagan.

Sourav Ganguly paid a visit to the Mohun Bagan Athletic Club only days after his time as BCCI President came to an end. He and the club’s general secretary, Debashish Dutta, spoke to the media.

“Long ago, I played for Mohun Bagan Club for over 9 yrs. I’ve many memories of the place. I’m happy to see the transformation of this club. I congratulate them for working to increase the facilities here. I’ll come back as Director here soon,” said Sourav Ganguly.