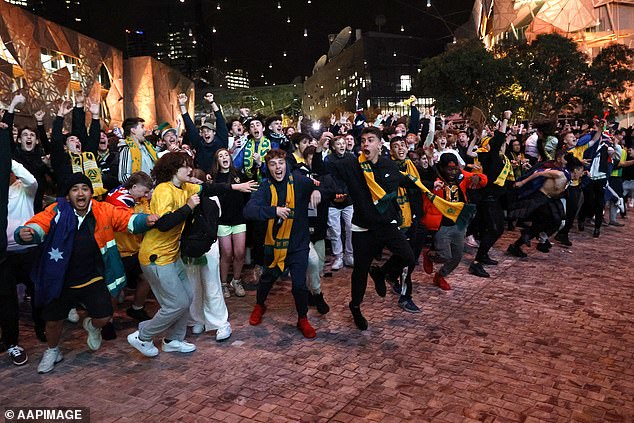 Thousands of Socceroos fans ERUPT in wild 3.30am scenes at Melbourne’s Federation Square as Mathew Leckie scores a goal Aussies will never forget

There were no regrets for the Socceroos fans who arose to their early alarms as they were treated to memories that will last a lifetime at Federation Square.

Thousands descended to the Melbourne CBD for Australia’s crunch clash with Denmark, knowing that a win would see them advance to the last-16 for the first time since the 2006 World Cup.

And Mathew Leckie ensured they had one foot in the knockout rounds in the second half, bagging a wondergoal to make the impossible a reality. 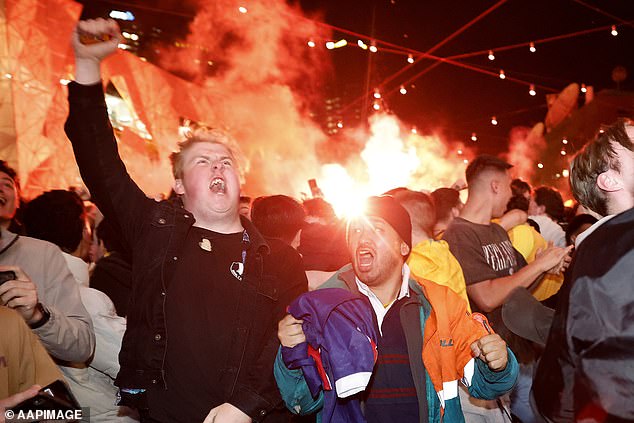 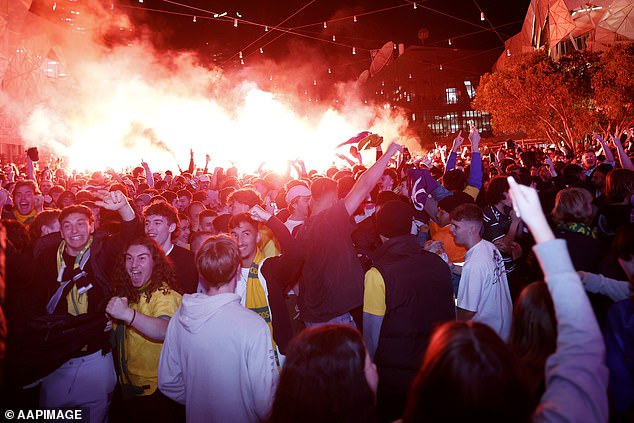 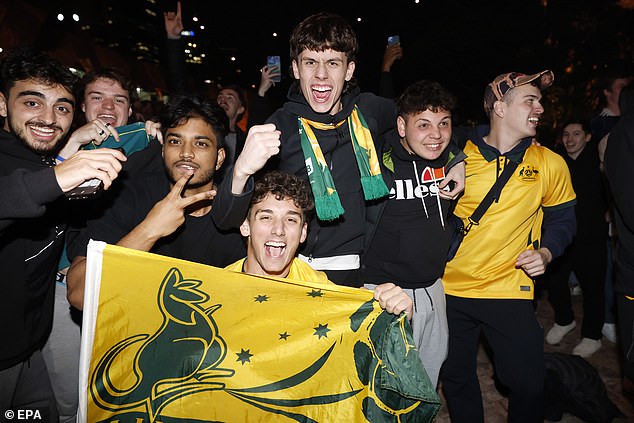 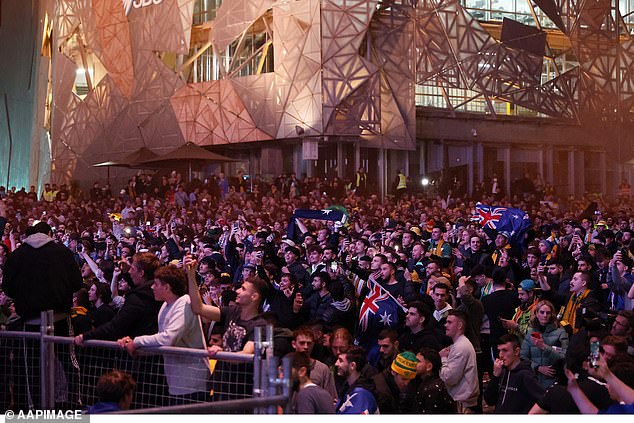 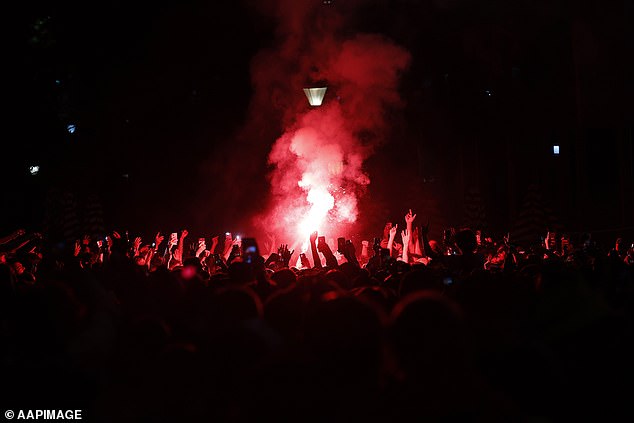 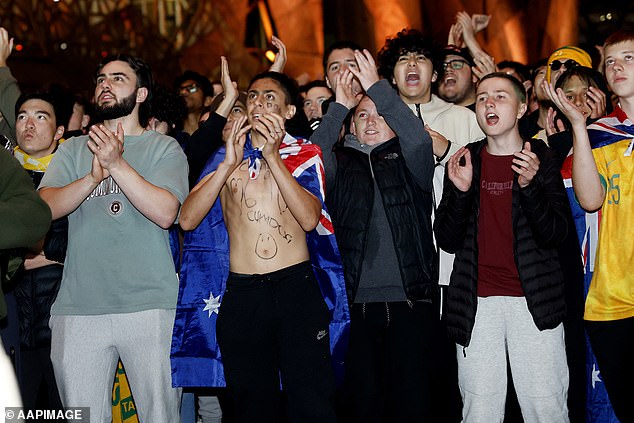 The goal, which hit the back of the net at around 3.30am in Australia, sent those fans in Melbourne into absolute raptures, as flares were set alight and fans bounced around to celebrate the strike in scenes of sheer pandemonium.

Leckie was equally ecstatic when he saw the ball roll into the net.

‘As the ball was rolling in, I saw it going in, I was so excited and so happy,’ he said after Australia’s win.

‘By the celebration you see how much emotion there was.

‘This is my third World Cup now and I’ve had my chances in previous World Cups to score, wasn’t meant to be. 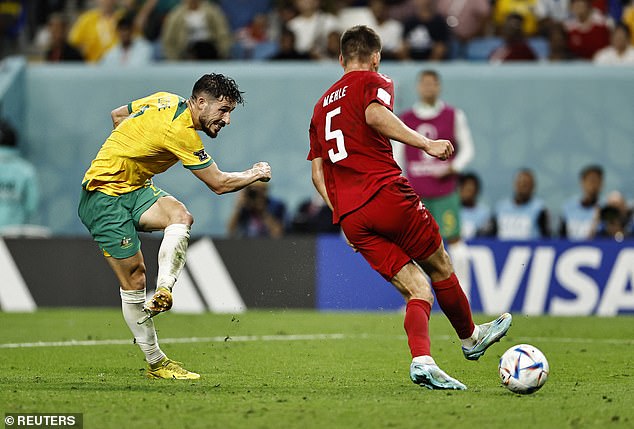 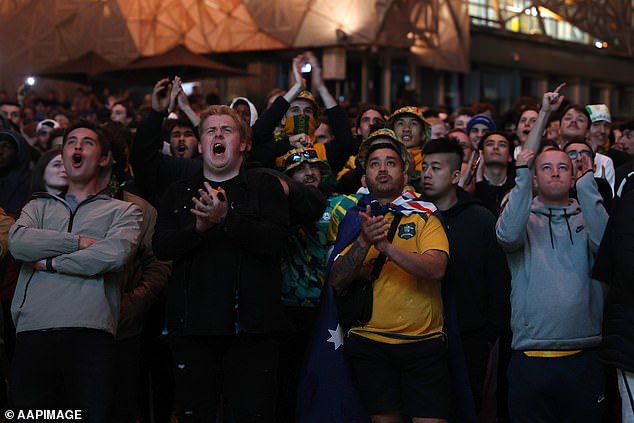 Fans at Federation Square cheer their team on from 12,000km away on Thursday morning

‘My first World Cup (goal) is probably one of the most important goals for me and for the team.’

Leckie’s timing was perfect in more ways than one.

In the other simultaneous game in Australia’s group on Wednesday (Thursday AEDT), outsiders Tunisia had scored just three minutes earlier against holders France, who rested almost their entire first-choice side.

The Tunisian goal momentarily lifted them to second in the group behind the French only for Leckie to restore the Socceroos into that prized slot.

Australia will meet the winners of Group C, which looms as the victor of Argentina’s clash with Poland later on Wednesday (from 0600 AEDT Thursday).