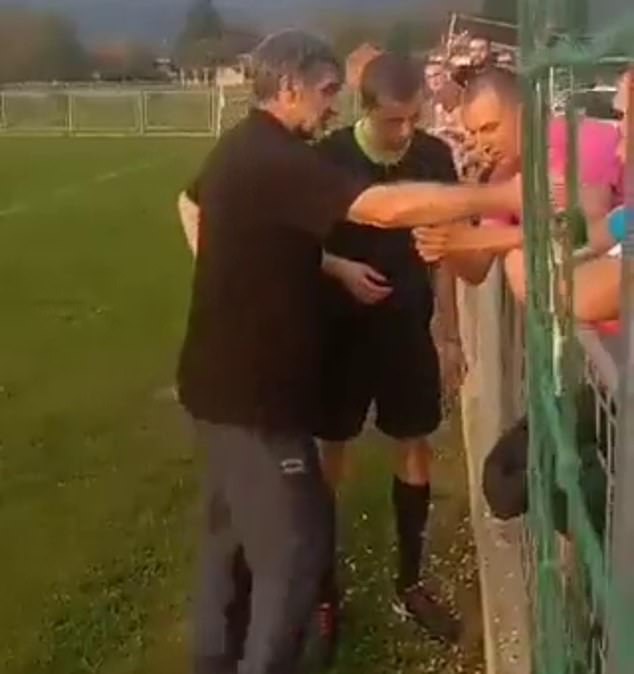 Hilarious moment a football referee changes his mind and allows a goal – after watching a video of the shot a fan took on their phone!

A soccer referee who disallowed a goal has changed his mind after a fan who took a video of the shot showed him a replay on a mobile phone when he came over to the sideline.

The match official in one of Serbia’s lower-tier competitions originally ruled out the goal for offsides after a player for the team in the blue strip headed the ball home from a free kick.

But a hilarious viral video shows the referee studying a clip of the shot that was taken by a spectator dressed in a pink shirt, who leans over the fence to show him the footage.

See also  MARK CLATTENBURG: Harry Kane's studs-up foul was WORSE than the one Andy Robertson was sent-off for

Not your average VAR: The Serbian referee (centre) studies footage of the goal on a fan’s phone while a man who appears to be connected to the scoring team (left) argues with him 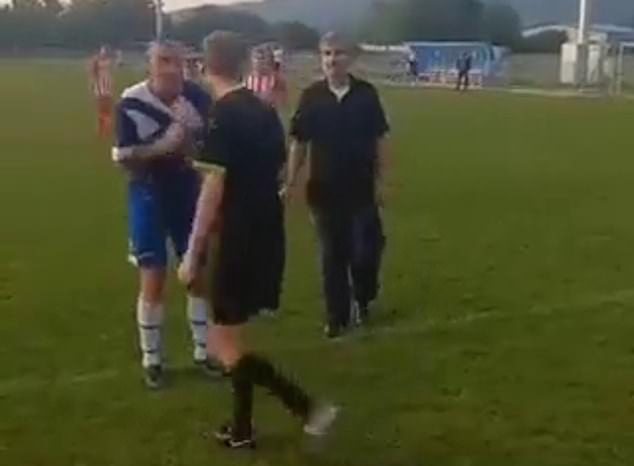 After studying the video several times, he tells a player from the scoring team (in blue) that he’ll let the goal stand – much to the side’s delight 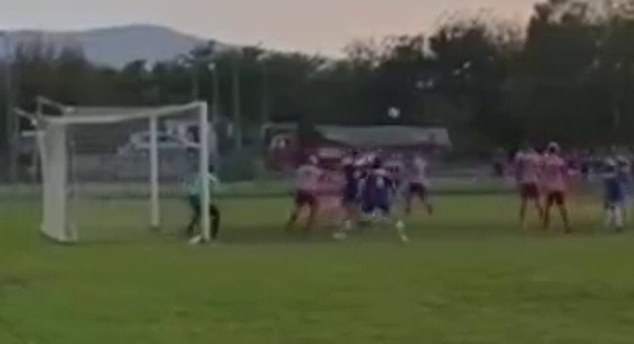 Another video shows the shot in question, with one of the blue-clad players heading the ball home from a free kick, only to be denied for offsides

Another man in a black shirt – who is on the field and appears to be connected to the side that had the goal disallowed – argues with the official as he reviews the footage while other spectators join in as they attempt to have the ruling overturned.

The referee then takes the phone onto the field, still studying the video, as players from both sides gather to find out if he will reverse his decision.

He appears to watch the footage several times before awarding the goal, which sends the blue-clad players into a frenzy as they run away to celebrate.

It’s unclear whether the competition’s rules state that decisions can be overturned based on video evidence – especially when it’s been provided by a fan instead of footage shot for television.

The hilarious incident is a far cry from the high-pressure, high-stakes use of video assistants in top-flight competitions around the world, including England’s Premier League.

The EPL reviews broadcast footage using as many angles as possible, all shot in high-resolution and replayed in super slow motion. 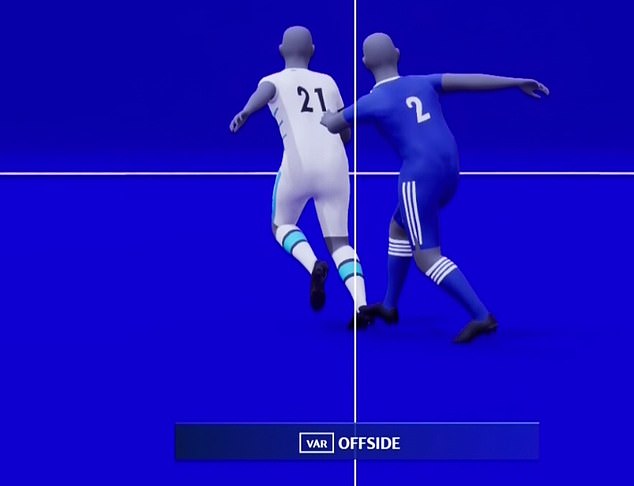 How they do it in the pros: The semi-automated system being trialled in the Champions League uses tracking technology and artificial intelligence, and was responsible for Chelsea having a goal ruled out against Dinamo Zagreb (pictured)

If the video review assistant (VAR) believes the referee has made an error, they can recommend the ruling be overturned.

A recent report stated that the EPL is set to use semi-automated offsides instead of the manually drawn lines the VAR currently works with, after the system was successfully trialled in the Champions League.

The new system works by sending an automated alert to the VAR official when a player is offside, using tracking technology and artificial intelligence for instant decisions.