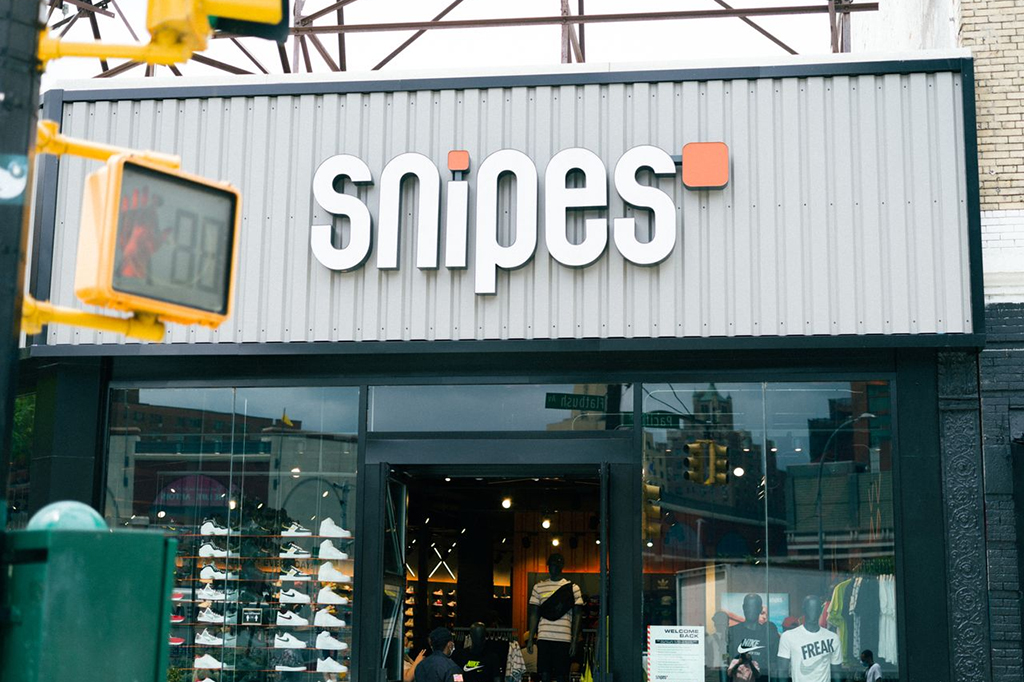 Popular sneaker and streetwear retailer Snipes is celebrating the Juneteenth holiday with a keen focus on Black art. As part of the new campaign, Snipes will commission four Black artists to create immersive art pieces themed around Juneteenth.

To encapsulate the multidimensionality of Black storytelling and its brand pillars: support, empower, celebrate — the retailer will highlight artists from four states including Philadelphia, Texas, Atlanta and New York. The artwork will be unveiled on June 18 during a two-part event in Brooklyn at The Annex.

The artists featured include Nazeer Sabree from West Philadelphia, who is focused on depicting the dichotomy of everyday life in Black culture; Desiree Vaniecia, a contemporary painter from Dallas that challenges media stereotypes of Black women; Kendall Bessent, an Atlanta native, now based in Brooklyn, who highlights the beauty, strength and love of the Black experience; and Yolanda Hoskey, an artist fighting injustice by creating unconventional images of Black art that bridge the intersectional layers of Black identity.

See also  Emanuele Briganti: Nino Cerruti was a role model, the first one who understood the talent of his friend Giorgio Armani

According to Snipes, the first part of the event will bring attention to a workshop curated and co-facilitated by Art Noir. The second part features a panel discussion with each artist, alongside a grand unveiling of their artwork.

Snipes recently became the WNBA franchise’s first sports partner after entering a long-term partnership with New York Liberty. According to the Liberty, the partnership will enable the team and the retailer to use their platforms to bring people together around a shared commitment to inclusiveness, justice and equal opportunity.