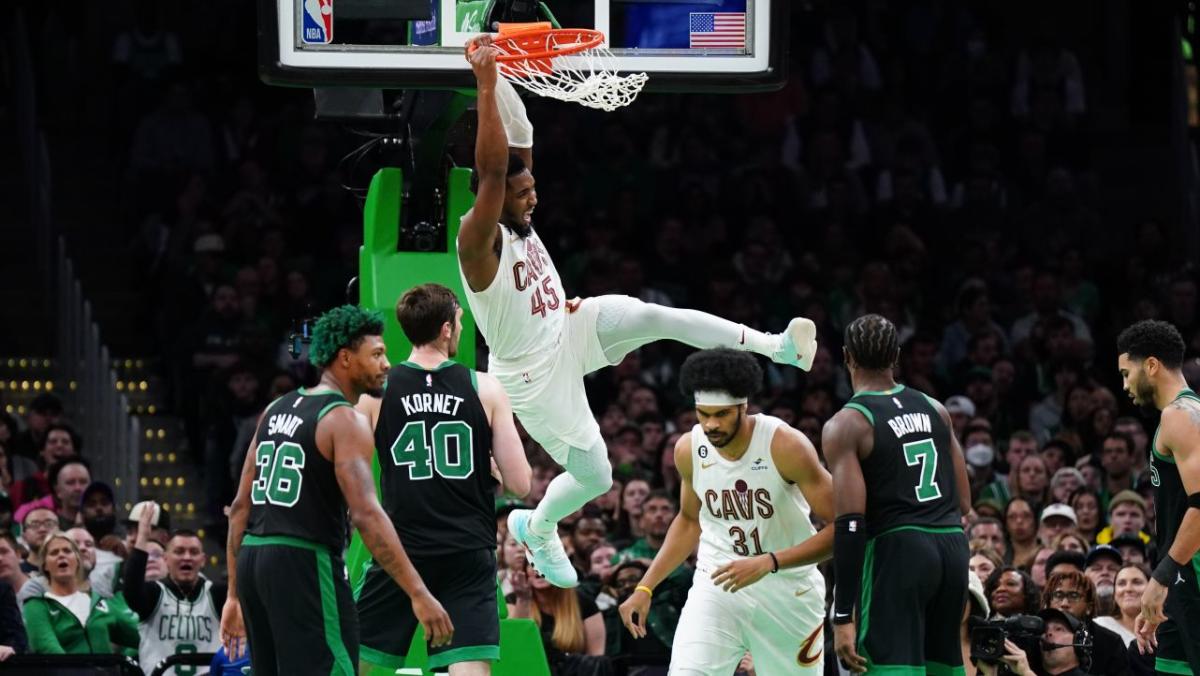 The Cleveland Cavaliers came into TD Garden on Friday night and earned an impressive 132-123 overtime win against the Boston Celtics.

Even without one of their best offensive players in Darius Garland, scoring wasn’t an issue for the Cavs thanks to Donovan Mitchell and Caris LeVert. Cleveland’s starting backcourt combined to score 82 points on 27-of-47 shooting. This duo played better than the Celtics’ star tandem of Jayson Tatum and Jaylen Brown, which scored a combined 64 points.

The Celtics had a 14-point lead at one point in the second half but couldn’t close out the game.

Marcus Smart gave his worst performance of the season. He scored 11 points on 3-of-15 shooting, and the Celtics were outscored by 26 when he was on the floor.

The Cavaliers improved to 4-1 with the win, while the Celtics dropped to 3-2. Boston has lost back-to-back games for the first time this season.

The C’s will try to bounce back Sunday when they host the Washington Wizards. But first, let’s look at three takeaways from Celtics-Cavs.

When the Cavaliers traded for Donovan Mitchell in the summer, they acquired a player who’s enjoyed a lot of success playing the Celtics.

He came into Friday averaging 26.4 points in 10 career games versus Boston, and Friday’s matchup produced more of the same.

Mitchell poured in a game-high 41 points on 15-of-26 shooting (5-of-9 from 3-point range). He also had a few highlight-reel dunks, including this poster on Celtics center Luke Kornet in the third quarter.

Mitchell scored 12 of his points in the fourth quarter and overtime.

The Celtics got dominated on the glass in their previous game in Chicago, where the Bulls out-rebounded Boston 60-45. Bulls center Nikola Vucevic had 23 rebounds by himself.

Boston’s rebounding issues continued Friday night as Cleveland earned a 42-34 edge on the glass. One of the pivotal moments in the game was an offensive rebound by Caris LeVert, who beat Al Horford to the ball, went out to the 3-point line and drilled the go-ahead basket. LeVert’s 3-pointer gave the Cavs a 113-112 lead with 1:10 remaining in the fourth quarter.

See also  Does Russell Westbrook have a future in the NBA after the Lakers?

There’s no excuse for letting a guard crash the glass like that. The Celtics failed to box out on way too many possessions Friday night and it cost them a bunch of points. Cleveland tallied nine offensive rebounds.

The Celtics didn’t have Grant Williams or Robert Williams in the lineup, which obviously doesn’t help in the rebounding department. But there’s still enough talent on this roster not to be 28th in the league in rebounds (40.8) per game.

The Celtics had more than enough chances to beat the Cavs but poor execution, costly turnovers and bad shot selection all contributed to a sloppy ending for Boston.

The C’s had 24 assists through three quarters, but that team basketball went away as Boston tallied just three assists the rest of the game (one in the fourth quarter, two in overtime).

Tatum had an opportunity for a potential buzzer beater on the final play of regulation but his contested mid-range jumper failed to hit the rim, resulting in overtime.

The OT period was even worse for the Celtics.

Smart had Brown wide open down court for a completely uncontested layup but overshot the pass and Brown couldn’t corral the ball. If Smart delivered an accurate pass, Brown would’ve scored to trim the Cavs’ lead to 126-125. On the next C’s possession, Tatum threw the ball away looking for Horford on the perimeter.

The Cavaliers scored the next six points to secure the victory.

Some bad habits showed up for the Celtics late in Friday night’s game and they proved to be the difference in the loss.