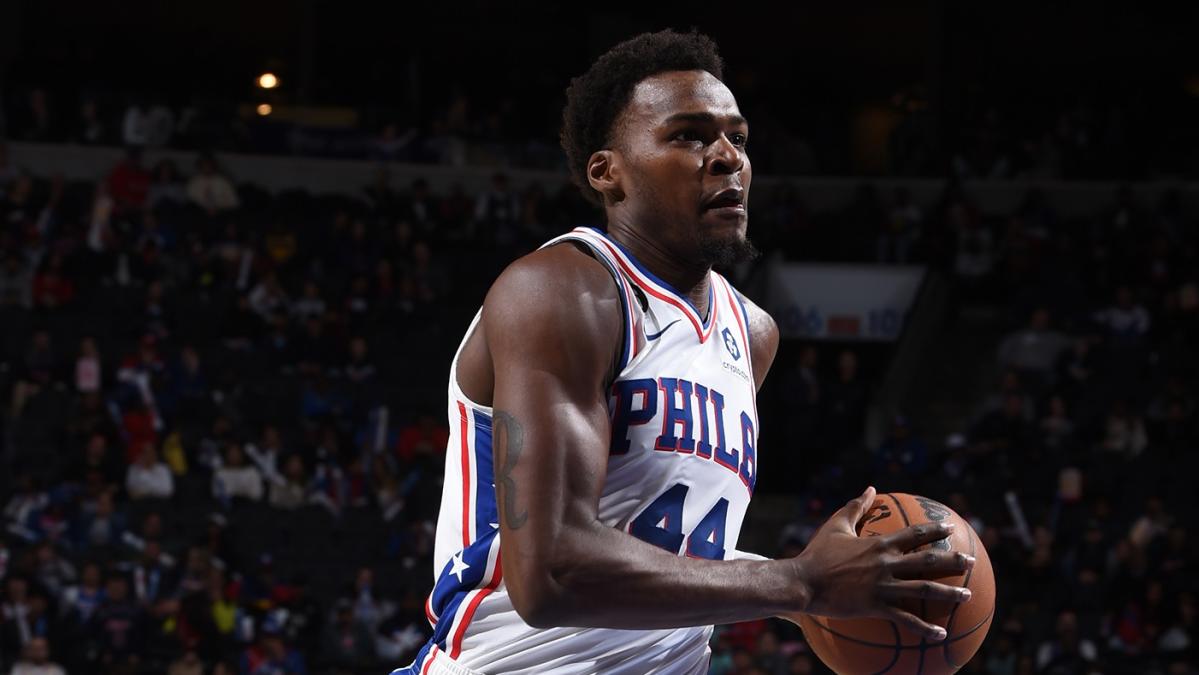 As Paul Reed prepared for the 2020 draft, it was tricky to identify comparable players in the NBA.

With the 58th pick that year now gearing up for his third professional season, Reed seems to feel he’s found a good one in new teammate Montrezl Harrell.

“It’s fun,” Reed said with a smile Sunday of practicing against his new teammate. “We’re two guys that are tough and gritty, so it’s really fun. It’s like playing against myself, for real. Hard to guard, but it’s fun.”

Reed’s exceptional energy and penchant for productive awkwardness colliding with the 2020 Sixth Man of the Year’s intense, physical style … the results haven’t always been pretty.

“There was one time we were doing an open gym,” Reed said, “and he had this spin move and kind of elbowed me in the lip. I (started) bleeding a little bit. … I was like, ‘Dang, OK, he’s got a little game.’”

Sixers head coach Doc Rivers sounds pleased with what he’s seen during the preseason from both players.

Though Harrell and Reed combined to make just six three-pointers over the last two seasons, Rivers said after the Sixers’ practice in Camden, New Jersey, that each has spent time practicing at power forward. He pointed out that Reed’s rebounding and rolling at the four can work alongside Joel Embiid given the All-Star big man’s floor-spacing ability.

“Both deserve to play,” Rivers said, “but this is a competition in basketball and that doesn’t mean they will play every night. I do think both of them will end up playing every night, just the way the game is played. I just see that coming. … There’s a lot of guys. You go through camp and I was asking my coaches, ‘Who deserves to play right now?’ And they list 10 guys, 11 guys. You know that’s not going to happen, and that’s a good problem.”

Reed said Sunday that he’s “learning a lot” from Harrell, including nuances of how and when to roll to the rim.

That echoed Rivers’ perspective a day earlier on the Reed-Harrell practice matchups.

“Trez’s ball skills are amazing as far as his dribble handoffs, his touches,” Rivers said following the Sixers’ Blue-White scrimmage in Wilmington, Delaware. “That’s something that Paul’s never done and he’s working on. He’s still very robotic in it, but they work together after practice. I think Paul will progress quickly in that because Trez does it so well.”

Harrell’s passing (and overall offensive skill in areas besides strength and effort) may indeed be an underrated element of his game. According to Cleaning the Glass, his assist-to-usage ratio and turnover percentage were each at or slightly above the 76th percentile for big men last season in his stints with the Wizards and Hornets.

While unpredictability sometimes benefited Reed at lower levels, the Sixers would like to see more brisk, conventional decision-making.

“I feel I’ve gotten a lot better at playing within the role that they want me to play,” he said. “Being decisive, being intentional with my movements and where I’m at on the court spacing-wise, as well as when I get the ball, having that good connection with my teammates where they know what I’m going to do before I even do it.

“I’ve only got a couple of options: Dribble handoff, drive to the rim, pass. And then I’m also getting better at getting my teammates open a lot, just looking for them more and trying to get them more shots.”

Reed has apparently gravitated to another new teammate in the locker room. Danuel House Jr. shared that he talks with Reed about music and the 23-year-old has “some stuff that he hasn’t released yet.”

“I like him,” House said. “And he’s going to grow. … Even though he’s young in the league, his maturity level is high. He’s going to continue to grow as long as he continues putting the work in and makes sure that he locks into certain things that the team wants, but also still getting better within himself and his game.”

Rivers indicated that Monday night’s road game against the Cavs won’t be the final preseason action for his starters.

He said the Sixers’ first unit will play in both of their last two preseason games, and that the team won’t view the Cleveland contest as a “dress rehearsal.”

See also  Warriors rout Celtics in Game 2 to bounce back, even NBA Finals at 1-1

“I used to do that and then I thought eventually … it sets the tone for the last game,” Rivers said. “Guys mentally think they’re not playing and I didn’t like that tone, so we’ll play in both.”

Though he laughed off a question about the Sixers’ ramp-up plan with starters’ minutes, Rivers expressed confidence in the team’s blueprint ahead of its Oct. 18 regular-season opener in Boston.

“They’re ready anyway because even in practice, we go a long time,” he said. “But you do know it’s still not game minutes. So I don’t care how hard we practiced today — and it was a hard practice — you’re still tired in the game. That’s just the way it is. My guess is (there will be) adrenaline, energy, excitement and all that stuff. But we’ll be ready for the (first) game.”

Trevelin Queen won’t be in Cleveland with the Sixers. The team announced Sunday that it waived last season’s G League MVP, who played just five preseason minutes after signing a partially guaranteed contract this summer. Queen was removed from the Sixers’ preseason opener against the Nets after falling to the floor on a drive and grabbing the back of his head. He did not dress Wednesday vs. the Cavs and watched the Blue-White scrimmage from the bench.