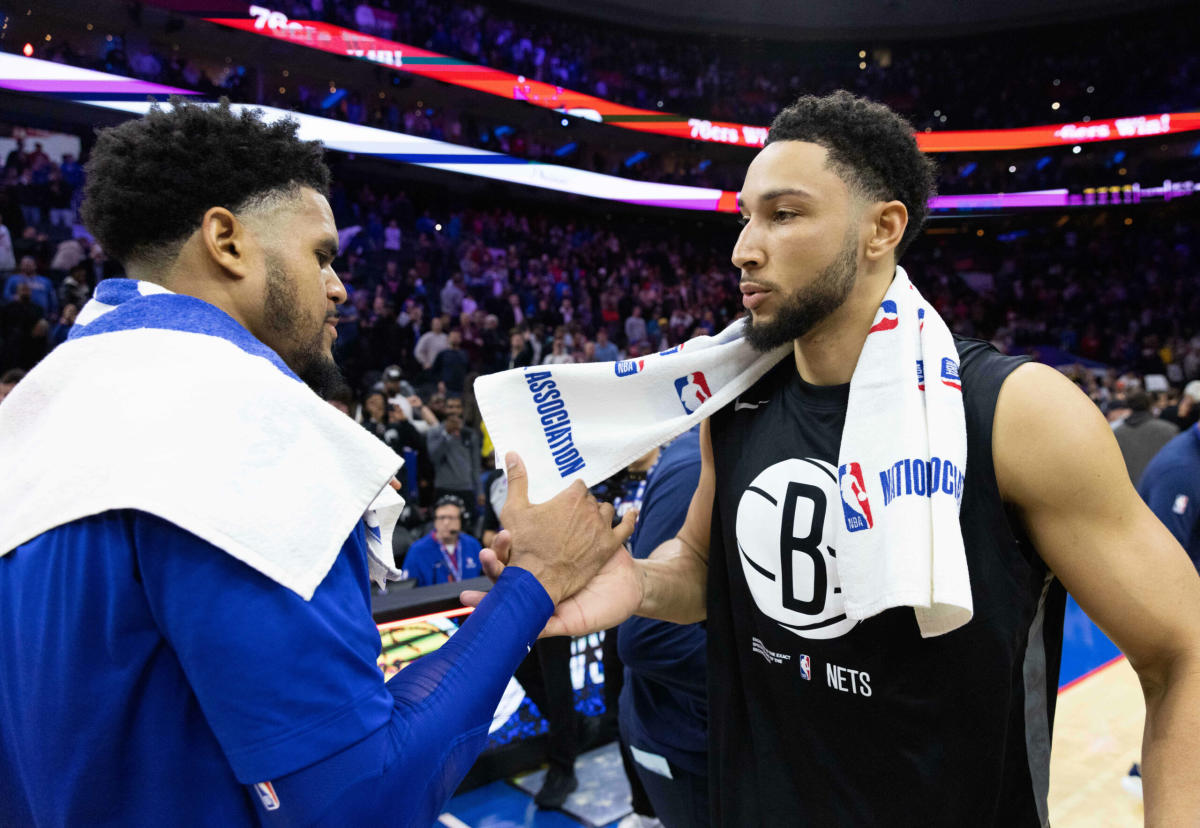 CAMDEN, N.J.–The Philadelphia 76ers and the Brooklyn Nets have one big connection at the moment in the form of Ben Simmons. The former No. 1 overall pick in the 2016 NBA draft spent his first 5.5 seasons in Philadelphia, playing four of them, before he was sent to the Nets at the 2022 deadline.

Simmons has already made his return to the Wells Fargo Center twice. In the first return in the 2021-22 season following the deal, he sat out due to injury, and he played his first game in Philadelphia back on Nov. 22. He was greeted by the Sixers fans with boos and jeers while their team came out on top.

See also  Sexton has offer from Cavaliers, just below what he expected

Now that all of the theatrics are over, the Sixers are no longer focused on Simmons. It’s just all about facing the Nets.

“Honestly, for us, that’s over,” said coach Doc Rivers. “We don’t care. We’re playing the Nets. Not one guy brought it up today. I think for us, the Nets are one of the top four seeds in the East. We’re trying to beat the Nets.”

Simmons obviously made an impact in Philadelphia. He was a 3-time All-Star and he had 32 triple-doubles for the Sixers which is second in franchise history only to Wilt Chamberlain.

However, all of the hype around the matchup is gone for the Sixers. This is the third time Simmons will play in a game against his former team.

“Personally, yeah,” added Shake Milton. “Obviously, for the city, it means a little more. I know they’re gonna come with a lot of energy. So it’s gonna be exciting, and it’s gonna be a fun game. So I’m looking forward to it.”

In that last contest in November, the Sixers did not have Joel Embiid or James Harden. Therefore, the Sixers still have yet to see the Embiid vs. Simmons matchup in a game. If Embiid does play and he has Simmons on a switch on Wednesday, the Sixers will feed him the ball.

“We like that matchup,” laughed Milton. “We’re gonna throw him the ball and let him go to work for sure. I mean, we like Jo against anybody, honestly. So it really don’t matter. Obviously, there’s a lot of hype around it, the matchup and the teams and everything that’s going on, but for us, it’s just gonna be about getting another win, honestly.”

Should Sixers look into trading Matisse Thybulle at the deadline?