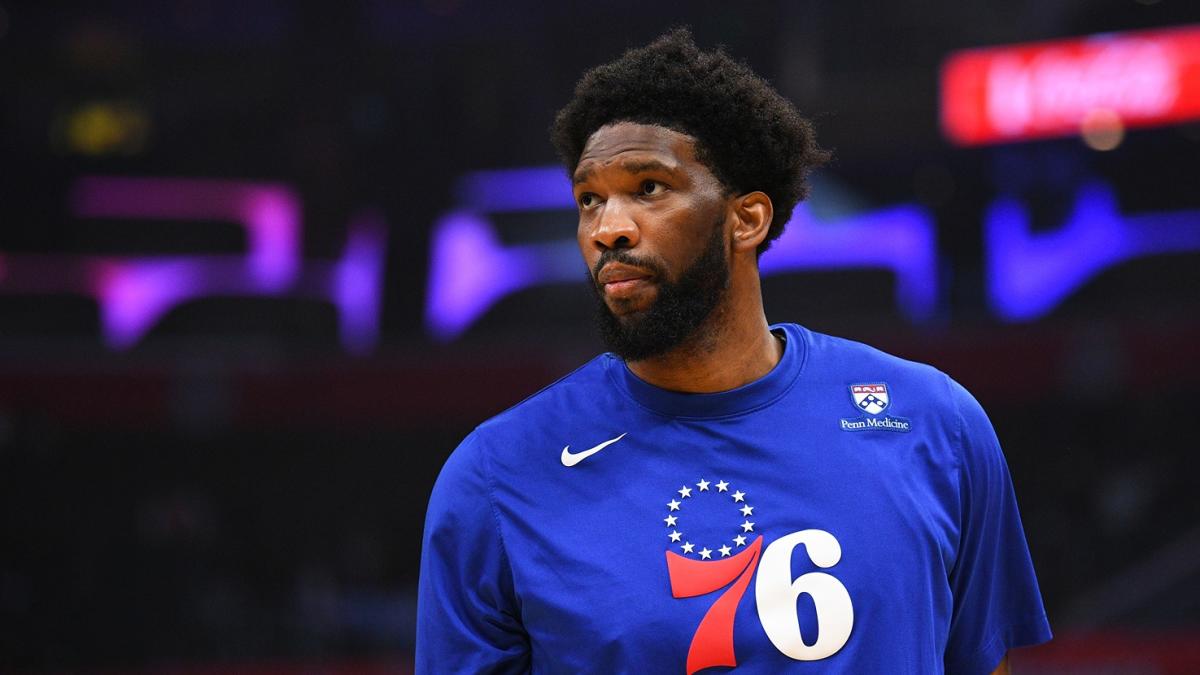 The NBA’s three most successful teams over the past month and a half will play this week in Philadelphia.

Entering Tuesday night’s games, the Sixers (18-4), Nuggets (18-4) and Nets (15-5) had the league’s best records in terms of winning percentage since Dec. 9. Brooklyn will visit Wells Fargo Center on Wednesday and Denver will be in town Saturday.

The Sixers practiced Tuesday for the first time since their 5-0 West Coast trip. Head coach Doc Rivers was unsurprisingly pleased with the Sixers’ recent work, though not inclined to pat them on the back too heavily.

“Obviously it’s nice, so don’t get me wrong, but I don’t think as a coach you ever look at it,” Rivers said. “You just try to get better, and that’s my focus. I don’t take compliments well — or the other way. I just don’t. I keep working because it’s a long season and we’ve got to get better. Everyone has to get better. … That’s the way we look at it.

“So yeah, we love where we’re at. There’s no doubt about that, with what we’ve gone through. But we still have a lot of work to do, and we’re just going to keep working.”

Joel Embiid did not participate in practice, though the Sixers’ star center was on the court for approximately 45 minutes afterwards. Embiid ran through a brief workout with assistant coach Sam Cassell before playing in 3-on-3 scrimmages — both half court and full court — alongside Sixers skill development coaches.

Sixers vice president of athlete care Simon Rice watched the action and evidently saw no issue with Embiid running up and down the floor.

After appearing in six consecutive games, Embiid sat out the Sixers’ win Saturday night over the Kings with a “left foot injury recovery” designation. His missed four games in late November with a left mid-foot sprain and three in early January with left foot soreness.

“It’s the same thing,” Rivers said. “We just want to make sure it’s right. If it’s right, he plays. If it’s not, we wait another game and see where he’s at.”

Following his return on Jan. 10 in a blowout of the Pistons, Embiid indicated he was not yet at 100 percent health and hoped to gradually improve.

“That’s just something I’ve got to manage and over time, it’s going to be fine,” he said that night. “The thing with me is I just want to play. It doesn’t matter if I’m hurt or not. If I can walk, I want to play. … I missed my first, really, three seasons, so I just want to be on the court as much as possible.”

The Sixers beat the Nets in their first meeting this season despite Embiid, James Harden and Tyrese Maxey all being sidelined. That victory showcased the Sixers’ depth, which has again been a strength lately. While Rivers reiterated that he plans to mix up starting lineups, sometimes bringing Tyrese Maxey off the bench and sometimes starting the 22-year-old, he’s been encouraged by his second unit’s play overall.

“I think our bench is pretty much balanced now,” Rivers said. “They know what they’re going to run; they have their own package in a lot of ways. During the trip, we had five bench guys on the floor quite a bit and made runs almost every time. So we like the way we’re playing. We like that group together because they kind of know each other, and it’s been really good for us.”

If Embiid plays, his first meeting ever against former All-Star teammate Ben Simmons will be a juicier subject than how often the Sixers use zone defense or whether Paul Reed’s excellent showing in the Nov. 22 Sixers-Nets matchup earns him significant minutes.

In the event that he sees Simmons guarding Embiid, Shake Milton will gladly feed his big man.

“We like that matchup,” Milton said. “We’re going to throw him the ball and let him go to work for sure. We like Jo against anybody, honestly, so it really doesn’t matter.

“But yeah, obviously there’s a lot of hype around it — the matchup, the teams and everything that’s gone on. But for us, it’s going to just be about getting another win, honestly.”

De’Anthony Melton won’t be fixated on the Simmons vs. the Sixers angle.

“That’s old,” Melton said. “I just got here, so I’m worried about winning the game, playing the Brooklyn Nets. I don’t get into all that other outside stuff going into it. But I know the crowd’s going to be rowdy. I know it’s going to be a good atmosphere, so that’s what I’m looking forward to.”