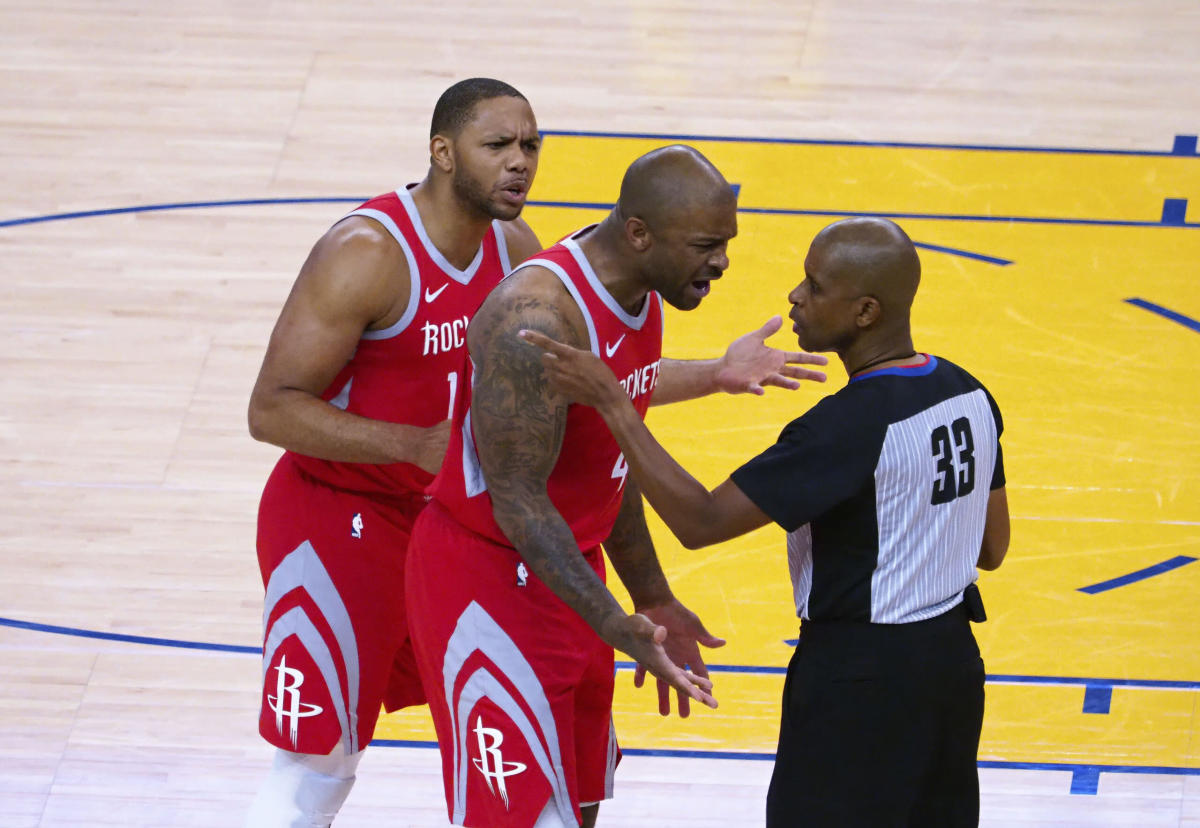 The Philadelphia 76ers are in the midst of trying to get everything going in the right direction in the offseason to acquire players who fit next to Joel Embiid and James Harden. At this point in time, the Sixers will be looking for players who can knock down 3-pointers as well as provide defensive help.

The Sixers are known to be shopping both Danny Green and the No. 23 pick as they look to move forward and properly contend in the Eastern Conference. They need some players who are ready to help a team make a championship run right now rather than bring in another young player in need of development.

With that being said, per Brian Windhorst of ESPN, the Sixers are interested in going after Houston Rockets guard Eric Gordon and they are in the mix to acquire P.J. Tucker. They were both members of the Houston Rockets when Daryl Morey was there and they have both played with Harden.

Keep an eye on the Houston Rockets. They’ve already done one deal this offseason. Look for a little bit of Eric Gordon sweepstakes in play. A couple of teams I’ve heard interested. The Philadelphia 76ers and the Phoenix Suns. You have Chris Paul looking for a potential reunion with his former teammate there. Philadelphia also in the mix for PJ Tucker, by the way, just opted out of his contract with the Miami Heat.

Gordon shot 41.2% from deep in the 2021-22 season while providing good defense for the Rockets on the perimeter and Tucker shot 41.5% from deep in for the Miami Heat and helped them make a run to the Eastern Conference finals. Both players would be fine additions to the Sixers if they were able to swing it.