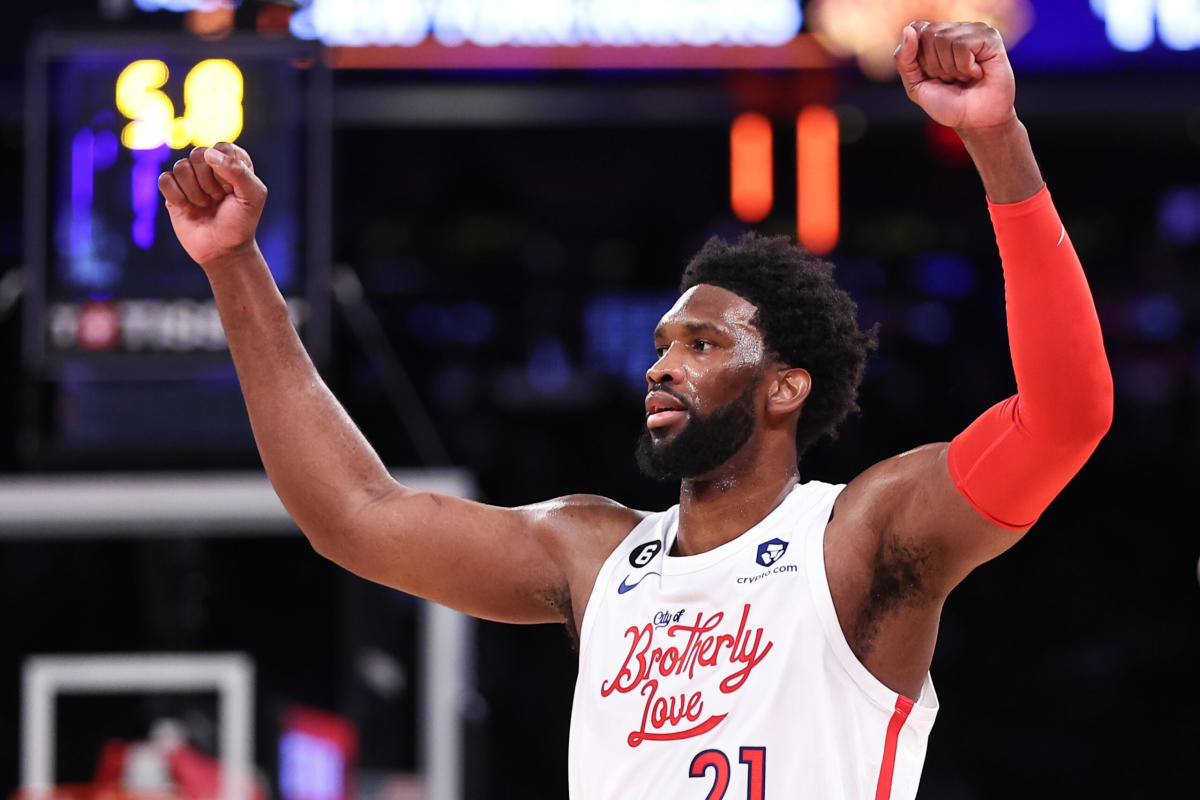 NEW YORK–On Christmas Day, the Philadelphia 76ers found themselves trailing the New York Knicks by 14 in the first quarter. On the road at Madison Square Garden and a raucous New York crowd, it seemed like the Knicks would ride that momentum to a victory.

Instead, for the second straight game, the Sixers dug deep and they were able to rally and knock off the Knicks for their 8th straight win. This comes after Philadelphia trailed the Los Angeles Clippers by 20 on Dec. 23 and rallied to win that game as well.

That now begs the question of whether the Sixers just aren’t fazed by anything. Do they feel confident that they can come back from any deficit now to win games?

“Easily,” said Joel Embiid. “You look at the last two starts, the last first halves of both games, it goes back to not just—I don’t wanna call out anybody—but it’s a team effort. The physicality at the level of the screen, guarding our own man, that’s how we’ve been starting. That’s how we need to do a better job, but obviously, we’ve come back both times and we’ve won both games so we just gotta put it all together.”

James Harden echoed those thoughts as he believes the Sixers are continuing to make strides despite the recent slow starts that they want to address.

“We’re getting there,” said The Beard. “We’ve just got to take it one game at a time and just continue to get better. I think we’re (making) strides and getting better on both ends of the ball, which, as the season goes on — which we’re definitely in the right direction — we’re going to be very, very difficult to beat.”

The Sixers will now look to carry this type of momentum and confidence forward as they take on the Washington Wizards on Tuesday for the second of a 4-game road trip.