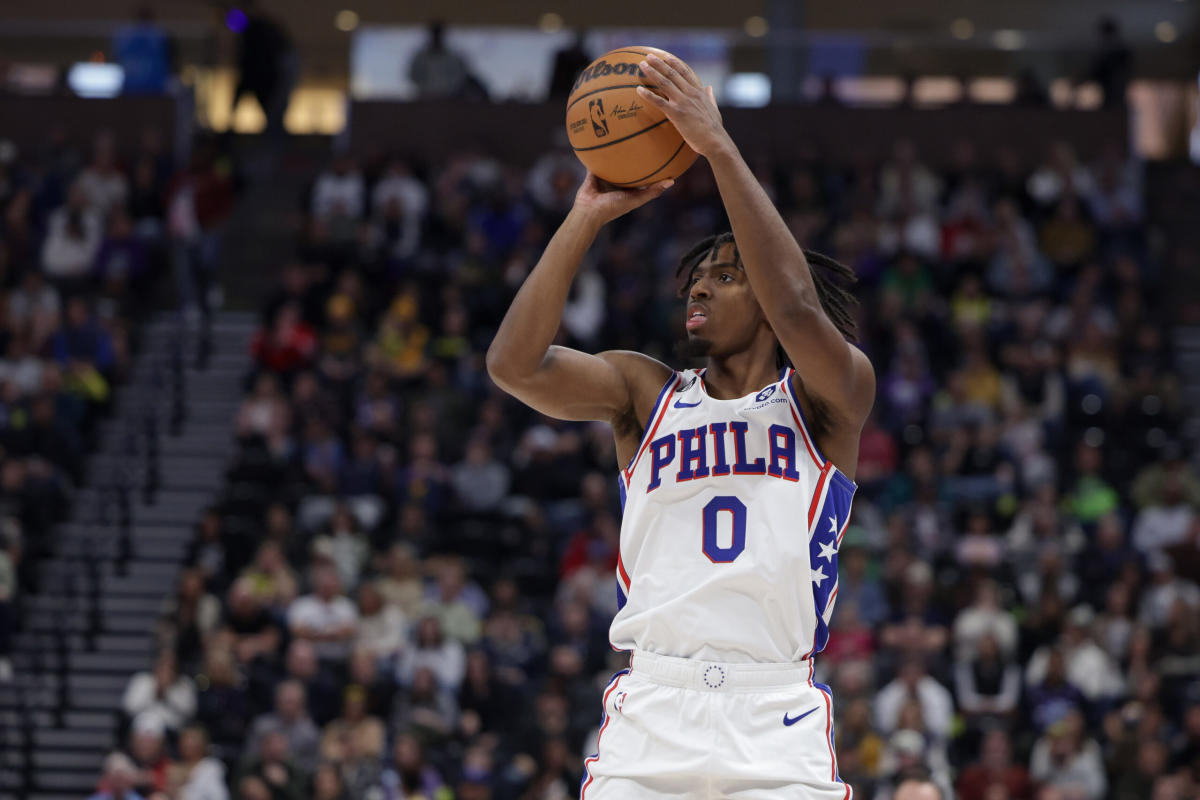 CAMDEN, N.J–The Philadelphia 76ers made an interesting move during their recent five-game road trip when they moved Tyrese Maxey to the bench in favor of De’Anthony Melton.

This won’t exactly be a permanent move as the Sixers will tinker with their lineups the rest of the way, but at the moment, this is the way the lineup is looking.

As Philadelphia got back to work at practice on Tuesday, they are liking the balance they have struck between the starting unit and the bench group. Maxey scored 16 points in the first game with the new look, then 22, and then 16 before starting against the Sacramento Kings due to injuries.

“With his scoring ability, especially coming off the bench, it’s tough because we feel like no one coming off the bench can really guard him,” said Melton. “So when he’s out there, he just can be left free and get let loose, and we’ve seen that most of the games but he can go on runs of six, eight, 10 points in a row. So I think that’s huge for our team just to keep us going and you know, keep the kick start going.”

The bench unit as a whole played very well on the trip and there were nights when they actually set the tone and gave the Sixers the spark that they need in order to move forward and win games. Most of that is due to Maxey setting the tone, but again, he will be starting in some games.

“Yeah, and again, there’s nights where he’ll start,” said coach Doc Rivers. “There’s nights where he’ll come off, but either way, I think our bench is pretty much balanced now. They know what we’re gonna run, they have their own package in a lot of ways. During the trip, we had five bench guys on the floor quite a bit and made runs almost every time. So we like the way we’re playing. We like that group together because they kind of know each other and it’s been really good for us.”

In this new role, there is no question that Maxey is the guy. He’s the focal point. With the starters, he had to defer at times to Joel Embiid and James Harden.

“Obviously, when he’s the focal point of the second group, he knows it’s on him,” Rivers added. “For sure, him and Shake (Milton), I think it’s probably dual, so in that way, it probably frees him up a little bit, but he’s pretty free. You think about it, I think it was the game in Portland. The starters were on the floor. He was scoring. It’s just when he gets it going, he feels it, and our guys feel it and they kind of go to him.”

When it comes to Melton, this isn’t anything he didn’t see coming. He and Maxey were having conversations about their roles being changed.

“I was ready for whatever,” Melton added. “Honestly, me and Tyrese kind of talked about it a little bit before. Even while he was hurt just what could happen, what may happen, or what might not happen. So I think we’re two flexible guys that is ready for whatever and ready just to win games so I don’t think that stuff really affected either one of us.”

Should Sixers look into trading Matisse Thybulle at the deadline?