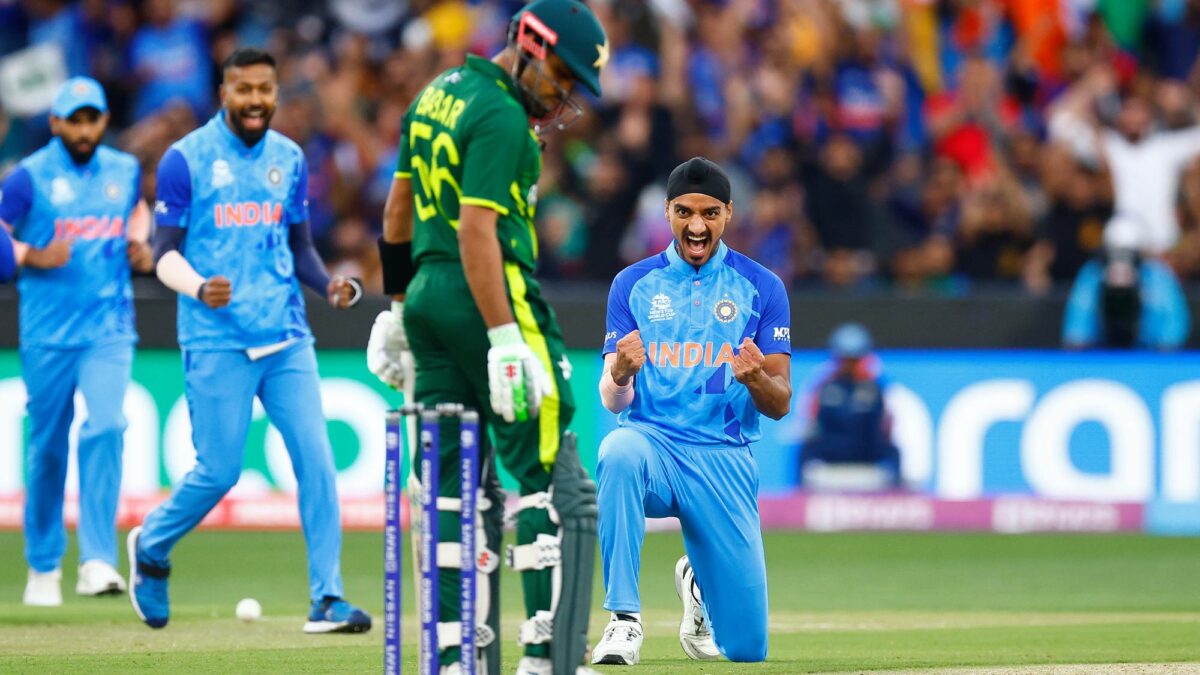 The India vs Pakistan World Cup clash will be remembered as the night that cricket’s shortest format truly came of age.

Particularly in Australia where Test cricket still rules supreme, the nail-biting epic was precisely what was needed to elevate the often derided “hit and giggle” shortest international format of the sport.

For the rusted-on fans, the tragics if you will, cricket is like pizza. Even when it’s not the version you like the most, it’s still damn good.

T20 matches have been looked down upon as the fast food variety, quick and easy to digest, appealing to the kids and convenient, but not particularly memorable.

But this match will live long in the memory banks, not just for the billion-plus fans in India and Pakistan who are passionate enough about cricket as it is, let alone when you combine their clashes with the complicated geopolitical divide that has flared for 75 years since both nations gained independence from the UK. 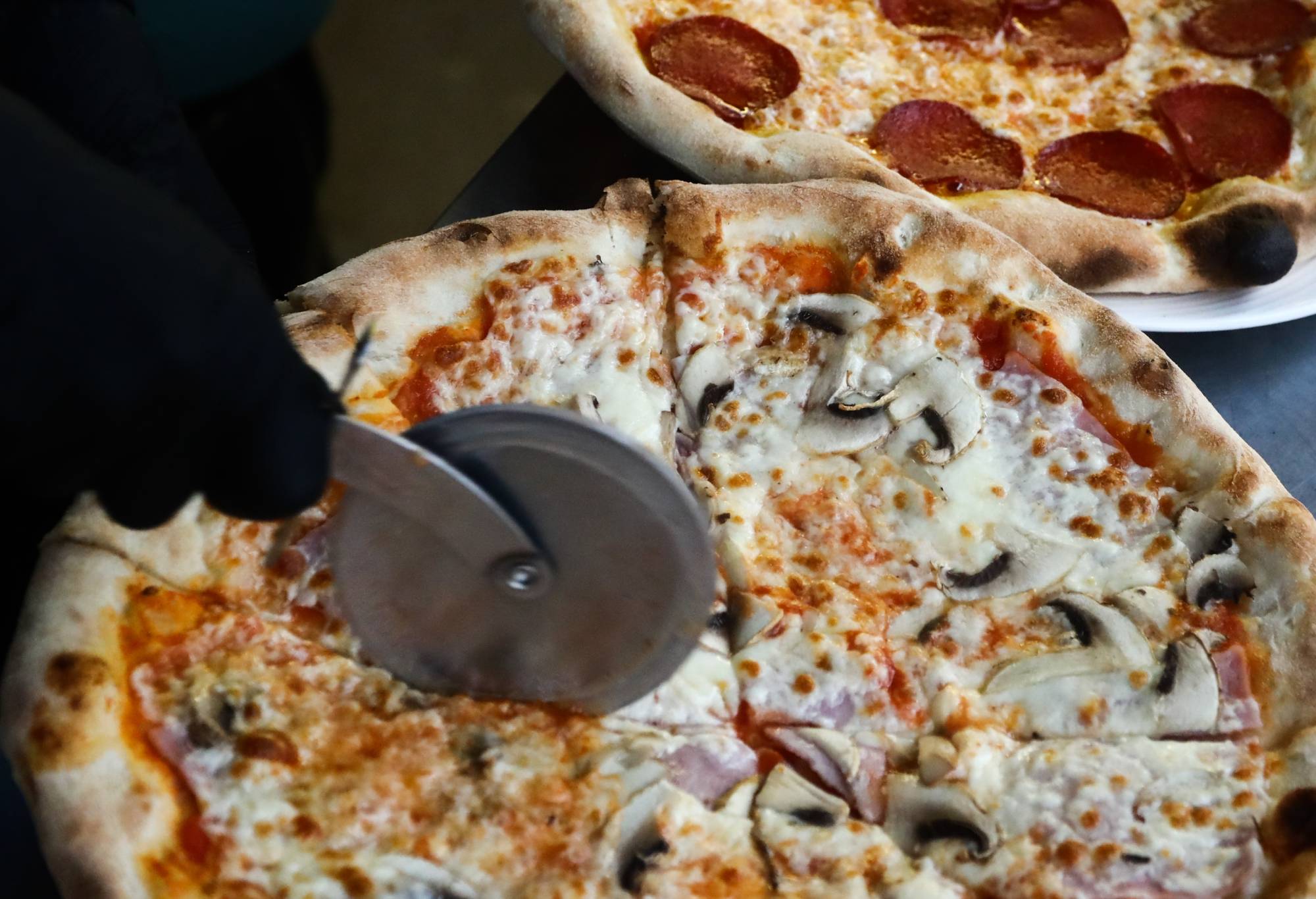 Cricket and pizza. Both are delectable no matter what version you’re served up. (Photo by Jakub Porzycki/NurPhoto via Getty Images)

It’s easy to dismiss T20 as being less cerebral than the 50-over version of limited-overs cricket or Tests but tactics can still have an enormous influence over the outcome of matches.

There was a clear plan from Virat Kohli and Hardik Pandya to rescue the innings through the middle overs after their team’s atrocious 4-31 start in pursuit of the 160 target.

Some cricket fans will never warm to T20s just like many traditionalists sneered at the 50-over “pyjama cricket” as it rose to prominence in the 1980s and ‘90s.

One-dayers in the 1970s kicked off almost by accident and T20 internationals when they started in 2005 were also treated as a gimmick for a long time before being taken seriously.

Australian and New Zealand players dressed in retro kits and some of them went to the trouble of growing accompanying facial hair for the occasion for the very first T20I in Auckland 16 years ago.

As you can see, T20 cricket has come a long way and epic contests like India’s last-ball classic over Pakistan at the MCG will help give it the legitimacy that it is often accused of lacking. 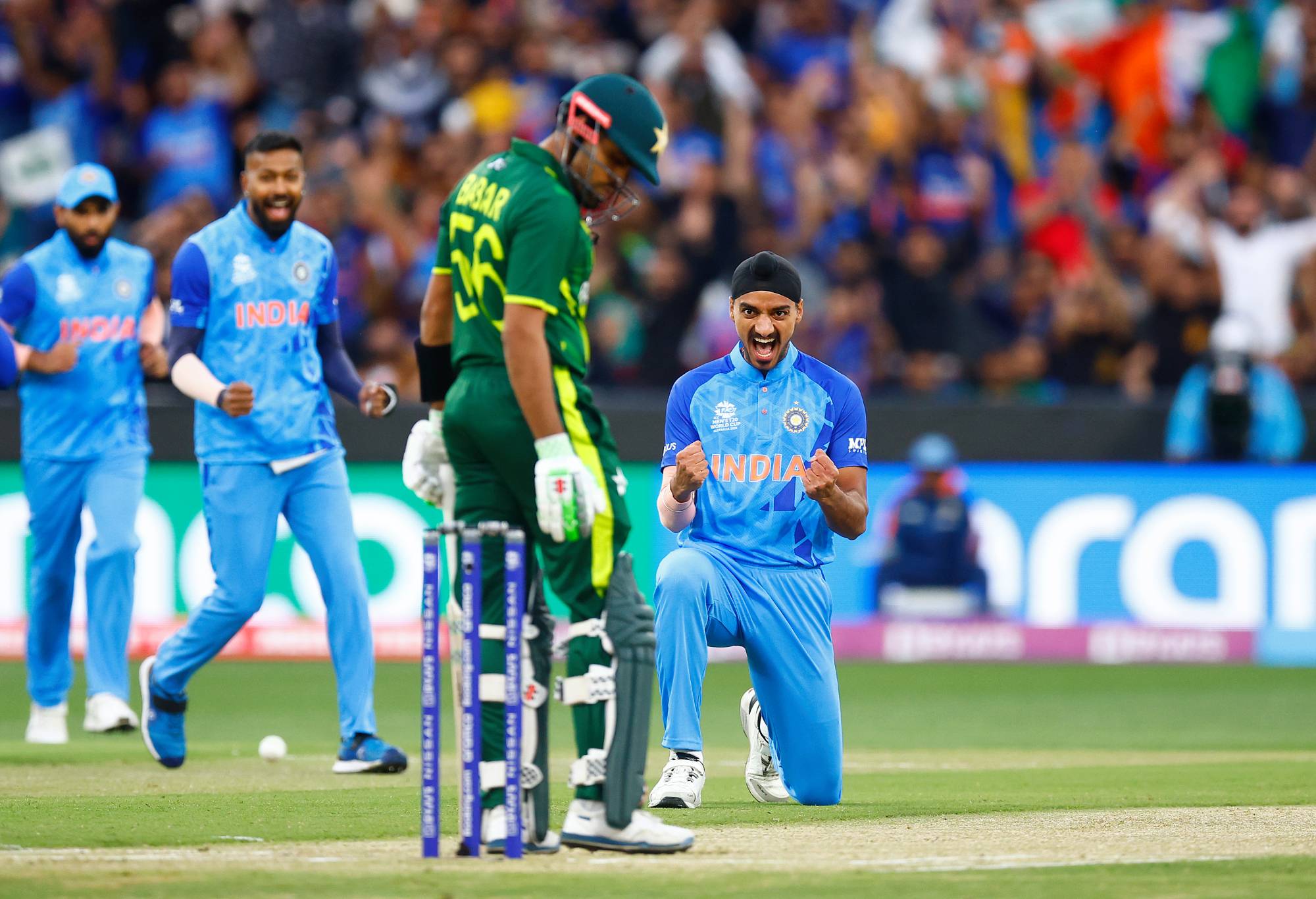 With all Super 12 teams having played at least one match, there are already some big-name players and teams under pressure. Here are the main World Cup talking points after the first four days of the main draw.

Smith should get a recall

There’s a sense of all or nothing with Australia’s batting line-up from three through to six. Four hard-hitting right-handers who can go boom or bust before left-handed Matthew Wade comes in at seven as the finisher. Smith wouldn’t have saved Australia in the SCG flogging to New Zealand but he has the ability to stem a flow of wickets before a late-innings assault, the method Kohli used to perfection the following night in Melbourne after India lost four top-order batters.

The Aussies are paying the price for carrying players who have been struggling for form in Aaron Finch, Marcus Stoinis and Glenn Maxwell. Even though Cameron Green is short on international experience, if the batting line-up doesn’t fire against Sri Lanka, rush him in there somewhere too.

Rohi Sharma and KL Rahul have been more consistent in the past couple of years and Suryakumar Yadav is the future but Virat Kohli remains India’s biggest star. He’s only 33 but the way he’s been talked about recently after his exit as captain has led to suggestions he may not be around much longer in the international arena.

However, that knock was all class – the modern bats can tonk a ball a long way but Kohli’s timing was sublime, particularly with those two sixes in the penultimate over off Haris Rauf to clear the long boundaries of the MCG at mid-on and fine leg.

Pakistan choked this one away

For all Kohli’s brilliance, what’s been underplayed somewhat in the coverage is that Pakistan opened the door for their fierce rivals to steal the result with some poor tactics and terrible execution under pressure. Pakistani captain Babar Azam rolled the dice by leaving an over spare at the end for his fifth bowler, spinning all-rounder Mohammad Nawaz. Front-liners Shaheen Shah Afridi (17) and Rauf (15) were taken down by Kohli after pitching too short to leave Nawaz needing to keep India to 14 or less.

And after getting Hardik Pandya out first ball and conceding a single to Dinesh Karthik, then two to Kohli, he was on track before it all got too much for him in a meltdown on par with Greg Norman at the Masters or Jana Novotna at Wimbledon. He sprays a waist-high full toss which Kohli hits for six to reduce the equation from 13 off three to six off three with a free hit to boot. Then he bowls another wide. Free hit carries over. He finally regains his composure to bowl Kohli but luck is against him as it ricochets away for three byes.

Tim Miller has written how this law of cricket needs to be rewritten as it’s yet another rule that favours the batter – my view is bad luck to the bowler, if you make the error of bowling a no-ball (waist-high or front foot), you should cop whatever consequences that flow from that.

Nawaz got lucky again when he veered onto the pads of Karthik, whose mishit led to a stumping. But again he took the gas with the match on the line, sending a wide down leg side to Ravi Ashwin to tie up the scores then serving up a half volley for the new batter to loft him down the ground for victory.

He was not helped by Azam’s decisions and the pace duo stuffing up the previous two overs but Nawaz has to shoulder plenty of the blame for wilting under pressure. 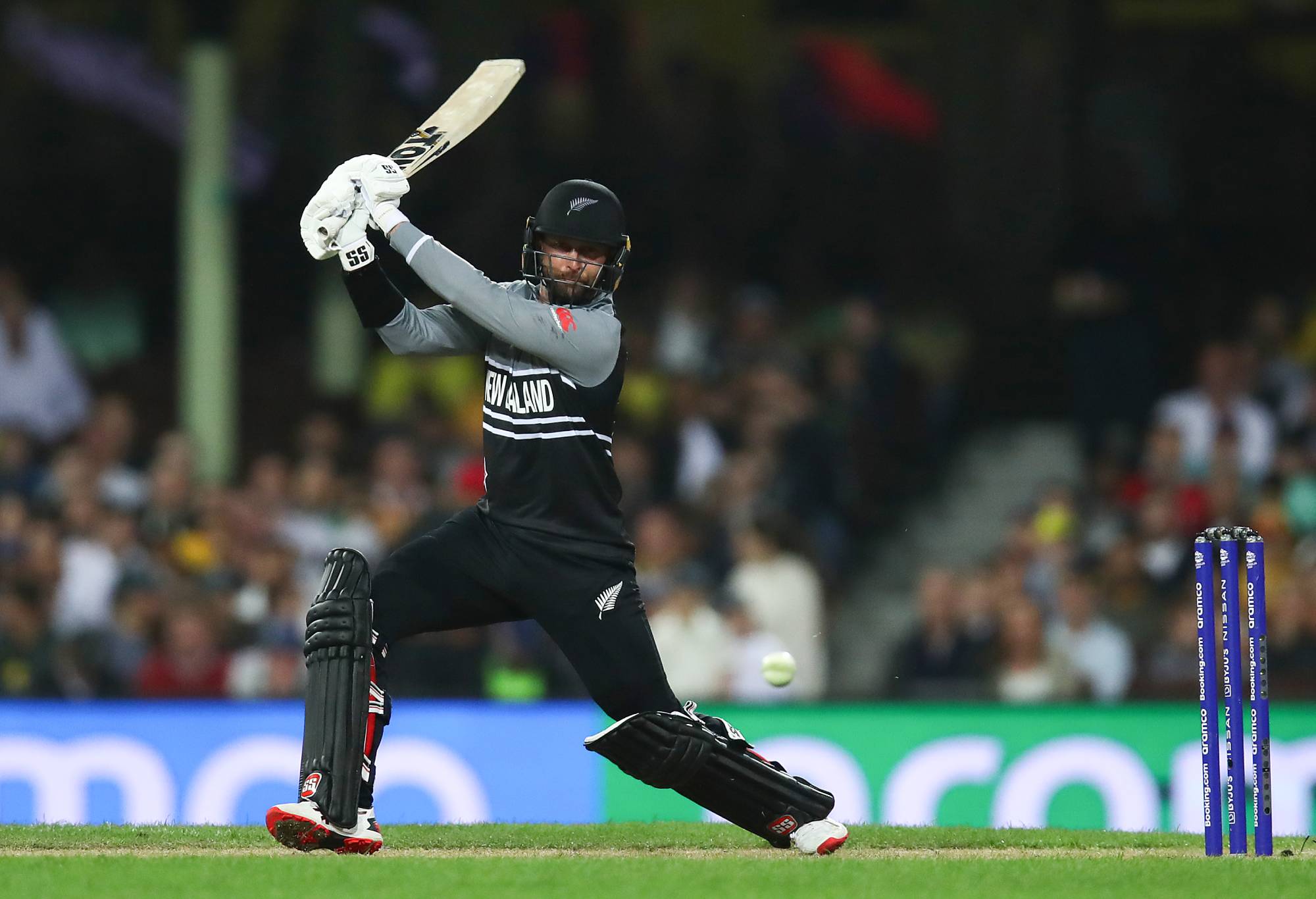 Black Caps under radar yet again

If the Australian team had just lost the ODI World Cup in heartbreaking circumstances, won the World Test Championship final and also made the T20 decider in the space of two years, they’d be lauded as a great side. The Black Caps did just that but are still criminally under-rated, especially in Australia.

They went a long way to rectifying that situation on Saturday night at the SCG. At no stage was it close as their openers plundered the Australian bowling attack, Kane Williamson consolidated and Jimmy Neesham added the finishing touches with the bat before the old firm of Tim Southee and Trent Boult combined with Mitch Santner’s left-arm zeroed in on the home side’s batting frailties.

New Zealand should account for Afghanistan in Melbourne on Wendesday and Sri Lanka in Sydney on Saturday so their crunch match will be next Tuesday against England at the Gabba before finishing the group stage against Ireland next Friday in Adelaide.

Because of their massive net run rate advantage over Australia, as long as they beat their lower-ranked opponents and don’t get thrashed by England, they should advance to the semis.

They’ve arguably got the strongest team on paper but there’s no debate about their bowling attack.

Ben Stokes is fit and taking the new pill alongside Chris Woakes giving nothing away, then Mark Wood brings the fire and Sam Curran mixes it up from a left-armer’s angle with his speed variations. Then Adil Rashid whirs away with his legging and wrong-uns while there’s also Moeen Ali, who wasn’t needed in the win over Afghanistan in Perth, to dart in some off-spinners as a sixth option.

And that’s without Reece Topley, who was ruled out of the tournament on Cup eve after a freak accident when he slipped on a boundary “toblerone” and tore ankle ligaments.