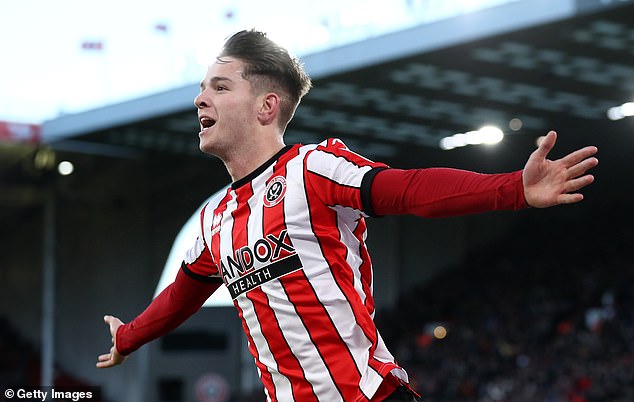 Quite what Manchester City prospect James McAtee goes on to achieve remains to be seen, but helping Sheffield United back to the Premier League might just be the first significant notch on his CV.

The 20-year-old midfielder joined the Blades on a season-long loan last summer in search of regular first-team football and maybe, just maybe, to be part of a promotion-winning side.

Slowly but surely, a highly-regarded talent who has been on City’s books since he was 10 is proving an increasingly important member of Paul Heckingbottom’s team.

In three games since the post-World Cup break, Salford-born McAtee has started them all and helped the Blades to victory in each one.

United do nothing the easy way, though.

After McAtee’s 35th-minute opener, they conceded a penalty which Viktor Gyokeres saw saved by Wes Foderingham three minutes after the interval.

Second-half strikes from Ciaran Clark and Tommy Doyle – another City loanee – should have seen the hosts cruise to victory.

That sent ripples of nervous energy throughout the home stands but United ultimately emerged victorious to draw level on points with leaders Burnley, albeit having played a game more, with McAtee taking centre stage at times.

They breed them tough in Salford, but McAtee is all about finesse and artistry – his father John was a professional rugby league player with St Helens at the advent of Super League in the mid-Nineties, while elder brother John, 23, plays as a striker for Grimsby Town. 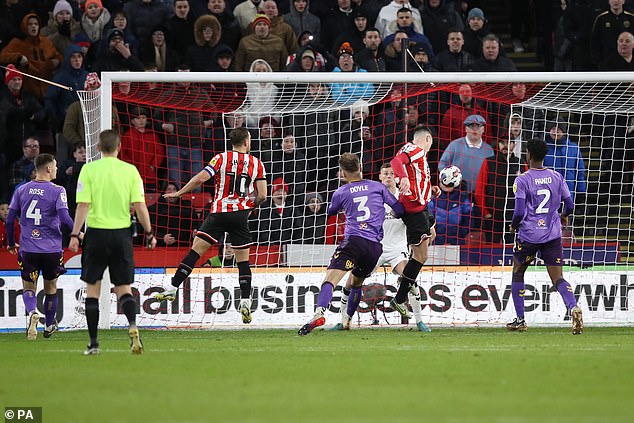 McAtee’s educated left boot, honed during years in the City’s Academy and as a regular England youth international, provided Heckingbottom’s side with a touch of class against feisty opponents.

Mark Robins’ side displayed much of the early vigour at Bramall Lane, despite the loss of key man Callum O’Hare.

He landed awkwardly in midfield and went down clutching his knee before being carried off on a stretcher.

Kasey Palmer replaced O’Hare but the switch did little to quell the visitors’ momentum as they popped the ball around with all the swagger of a team who had won five of their previous seven Championship outings.

Buoyed by a huge away following, the Sky Blues did not seem fazed in the slightest by their hosts’ lofty league position. 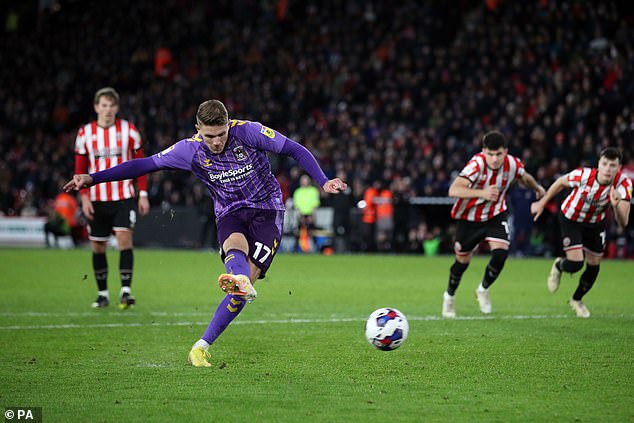 Despite their vibrant start, however, Coventry could not fashion any clear-cut openings and the game gradually swung in United’s favour.

Even then, chances remained scarce and it was via a free-kick from which United so nearly broke the deadlock in the 26th minute.

Blades midfielder Oli Norwood is one of the most technically gifted players outside of the Premier League and his outswinging delivery from the right flank was greeted with a firm downward header by Billy Sharp.

The ball hit the underside of the bar and rebounded into the six-yard box before the visitors cleared the danger.

Chances had been scarce when the hosts fashioned a deadly counter-attack which culminated in McAtee finding the net in the 35th minute.

United cleared the danger following a Coventry corner and Iliman Ndiaye, who starred for Senegal during the World Cup, showed too why he is regarded as one of the brightest prospects outside of the Premier League. Collecting possession inside his own half, he drove at the heart of the Sky Blues’ defence and showed intelligence to spot McAtee advancing inside the right channel.

Ndiaye’s pass found the City man and he did the rest by dispatching a low left-foot shot past visiting goalkeeper Ben Wilson with deadly aplomb.

Shortly after the break, Anel Ahmedhodzic fouled Jake Bidwell but Gyokeres’ penalty was far too close to Foderingham, who saved comfortably.

But then the drama began to unfold in the final quarter as Gyokeres headed home from a free-kick before Egan was dismissed for his second yellow.

From there, Coventry created numerous half-chances but the Blades held on.