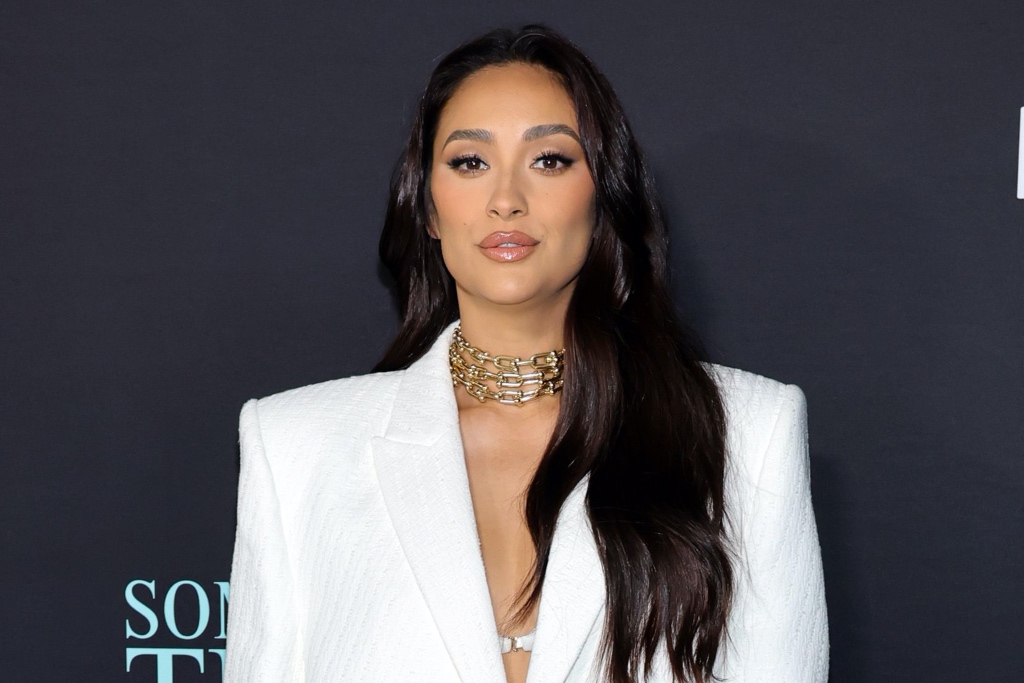 Shay Mitchell brought a sleek take to suiting for the Los Angeles premiere of “Something From Tiffany’s.” The romantic comedy film, which Mitchell stars in alongside Zoey Deutch, Kendrick Sampson and Ray Nicholson, will debut on Prime Video on Dec. 9.

Stepping out at AMC Century City 15 for the occasion on Tuesday night, the “Pretty Little Liars” star posed in an oversized white tweed suit. Her ensemble included a blazer with pointed lapels, long sleeves and four tortoiseshell buttons across a bra-style top and matching trousers.

When it came to footwear, Mitchell slipped on a set of white sandals. Her stark heeled set, perfectly matching her suit, featured thin soles with a rounded base and thin toe straps. Stiletto heels, likely totaling 3-4 inches in height, finished the set with a sharp height boost.

When it comes to footwear, Mitchell’s styles are often sleek and sharp. The Beis founder often wears neutral, colorful or metallic pointed-toe pumps, boots and sandals on the red carpet, hailing from top brands including Bottega Veneta, Gucci, Fendi and The Attico. When off-duty, she can be seen in chic sandals and slides by Chanel, Louis Vuitton and Steve Madden, as well as sneakers from Nike, New Balance, Adidas and Common Projects.