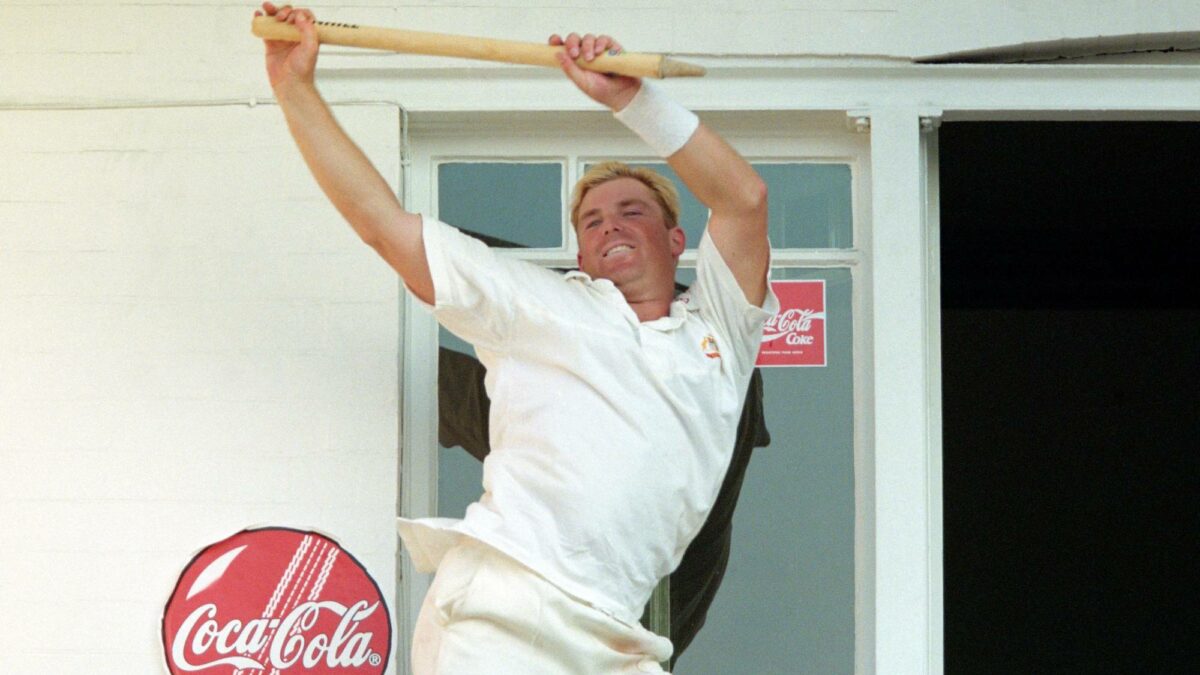 For kids growing up in 1990s and 2000s and following cricket, this name exudes awe.

Shane Warne was different to different people but if the tributes are followed and you look down the memory lane, it was apparent almost everyone had their stories and almost all of them were good.

Shane Warne – the blonde and somewhat plumpish spinner – made his debut in the same game in 1992 when the two Mumbai boys made merry and took the Australian attack to the cleaners.

Ravi Shastri made his only double and young teen Sachin Tendulkar scored his 148 at the SCG. Poor Warne had arrived on the scene with lot of promise and reputation. He took the solitary wicket of the double centurion while conceding 150 runs.

Think about having Indians who eat the spinning ball for breakfast, lunch and dinner as your first opponents. And if you thought life couldn’t be more challenging, the next series had the Sri Lankans and poor Warne was left wanting, almost doubting his decision of taking cricket as a career. 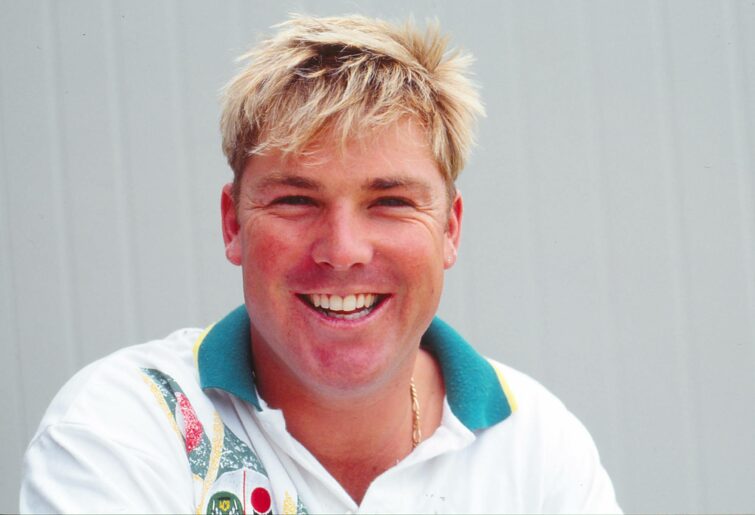 This series between India and Australia was also when the seeds of one of the greatest rivalries had been planted.

There was the birth of the mutual admiration society for the next decade and a half on the field and ever after between Sachin Tendulkar and Warne, which led to countless games of one-upmanship between the 22 yards.

They were buddies and even co-founders of the Legends League in the US because of it. They did form an odd couple as Tendulkar was timid and shy in his behaviour and Warne was the maverick who lived life king size and unapologetically.

Warne had a thing for the good life and didn’t ever pretend to be the boy next door while Tendulkar was the quintessential next-door guy.

Redemption for Warne arrived in the form of the visit to every Australian’s favourite country, England, and the battle royale for the Ashes.

How many people (read: no one) can stake a claim that your first ball in England in a Test match would be christened the ball of the century.

Rumours are Mike Gatting – the mighty recipient of that ball – still makes an annual pilgrimage to Old Trafford and brings some physics experts along to figure out how did the ball spin past him. 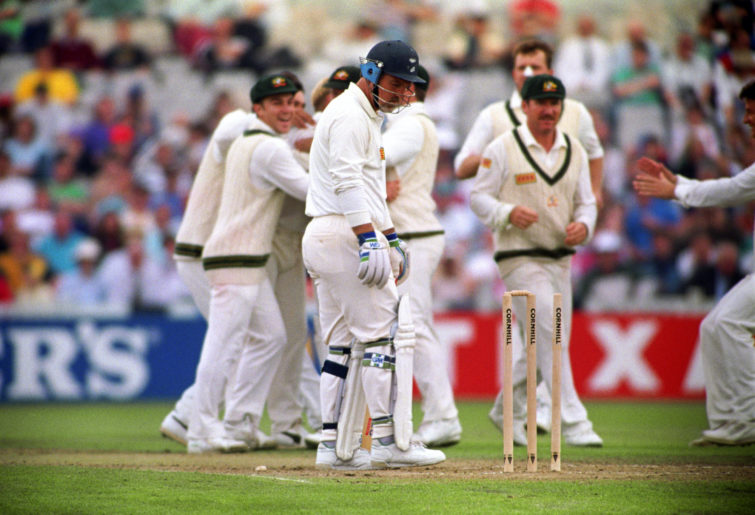 That ball started the joy ride, which lasted for 700 wickets and another 14 years of international cricket, and from a pedestrian performance in debut series to one of the greatest ever with ball in hand.

The career took off in 1993 and had hit the right notes in England. And the train was more than back on track.

Warne achieved success against England as no other and if Don Bradman could claim to slay Englishmen with willow, Warne could stake the claim for the leather magic, and he ended the career with a whopping 195 wickets against their nemesis.

The Victorian achieved in the land of the Queen Victoria like no other.

Warne’s laurels weren’t limited to England. No other person can stake a claim to have won two man of the match awards in the semi-finals of two ODI World Cups. The cherry on the cake was one in the finals that Australia won.

And he only played two editions of the World Cup, which clearly showed the bigger the occasion, the greater his performance.

Warne laid it all out on the field and at times his off-field life was scrutinised in the media more often, but it was this fixation with morality that ensured Warne did not captain Australia ever.

And any cricket pundit would acknowledge that it was Cricket Australia’s loss and more so the game of cricket’s loss as one of its better statesmen didn’t get to toss the coin in an international game.

He was the best captain Australia never had, or I would say he was the best strategist that the world was deprived of seeing in action.

He showed his mettle as a captain and more so as a leader of men in the inaugural IPL in 2008 and got the non-flashy and non-extravagant Rajasthan Royals over the hump with his clever acumen and appreciative marshalling of men.

An entire set of Indians and overseas players who were part of the Royals’ team continue singing paeans in his favour.

Warne empowered a motley crew of men like Ravindra Jadeja, who he termed ‘rock star’, Yusuf Pathan, Swapnil Asnodkar and other Indian youngsters who were in awe of the IPL and were the first time ever in their lives exposed to the shining bright lights of the prying world media. 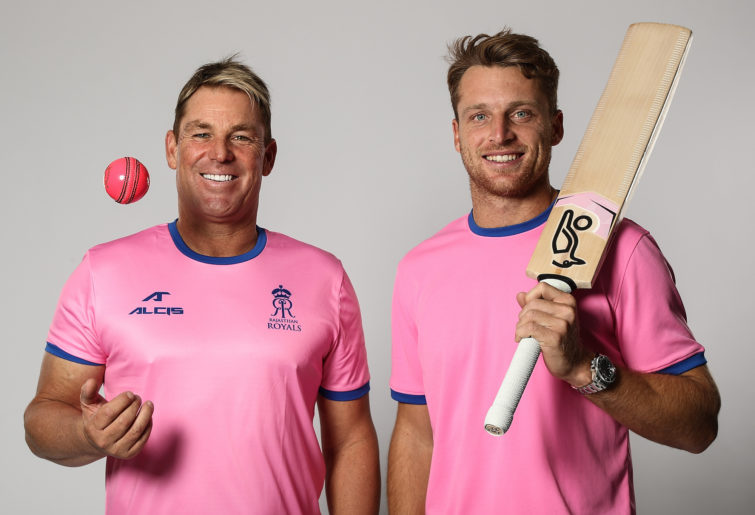 Warne mentored them and young namesake Shane Watson of Australia – who flew under the scouting radar of the bigger IPL teams – went on to become the player of the tournament.

Yusuf Pathan had a breakout year and so did others such as Sohail Tanvir. Read some tributes after his passing from some of these players. Even Mohammad Kaif has been raving about how it was the individual belief and brilliance of Warne.

Warne made the first dance possible for a team, which started the inaugural IPL 0-3. It was also befitting that his rock star Ravindra Jadeja – who had had some memorable performances for India over the years – reserved his ultimate best in a Test that coincided with the date when Warne left for the world above.

The subcontinent has produced many top spinners but interestingly Australia has always had their share of top-shelf leg spinners such as Clarrie Grimmett, Richie Benaud and Stuart MacGill.

Warne was an absolute beast among those overachievers. I may even anoint him as the greatest leg spinner ever, or for that matter, one of the top three bowlers of all time.

Warne had transformed himself into a healthier self and had continued to regale audiences with his articulate analysis in the commentary box. 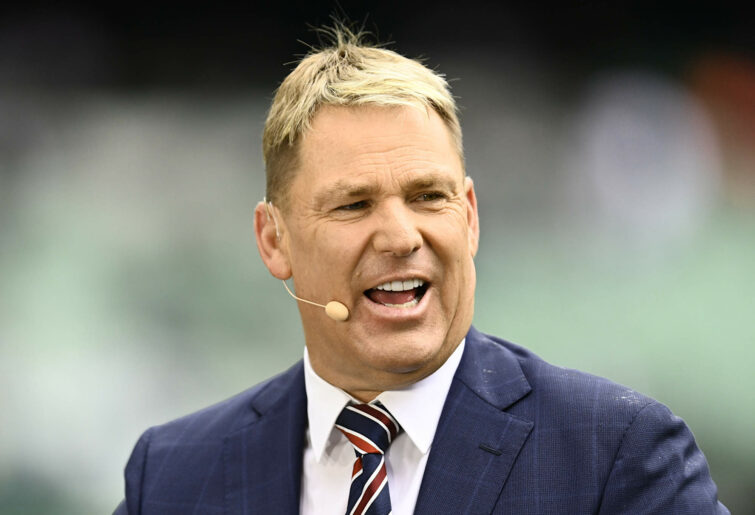 His reading of the game was among the best and I kept on marvelling at what could have been if he had been given the leader hat.

Critics might argue that the Aussies were the best in the business during that era and anyone could have led that team but that is for another day.

Warne continued to stay in touch with young Indian cricketers and mentored them and answered their questions. He was especially fond of children the world over and always spent a long time signing autographs and posing for pictures.

Warne was very close to his own kids and parents and brother and though he was maligned in the media for living that public and colourful life, he was among the most grounded superstars.

And I had the first-hand experience in the Legends League game at Houston when he walked over and was mingling with the fans, unlike the subcontinent superstars and demigods who were keeping their distance from their own kin.

Warne was named in Wisden’s all-time Test XI of 150 years of cricket and was also named among the top five players of the century, which by no means are achievements that mere mortals can stake a claim to.

This goes on to prove he was loved the world over both by his fraternity and fans. He was held in the highest esteem.

Interestingly, Rod Marsh – another legend of Australia who could have formed a lethal combination with Warne behind the wickets – was also lost a few hours earlier and they would form a tag team in the all-time Aussie XI in the heavens.

Thank you, Shane, for giving us those magic years. RIP, the flamboyant sultan of spin.