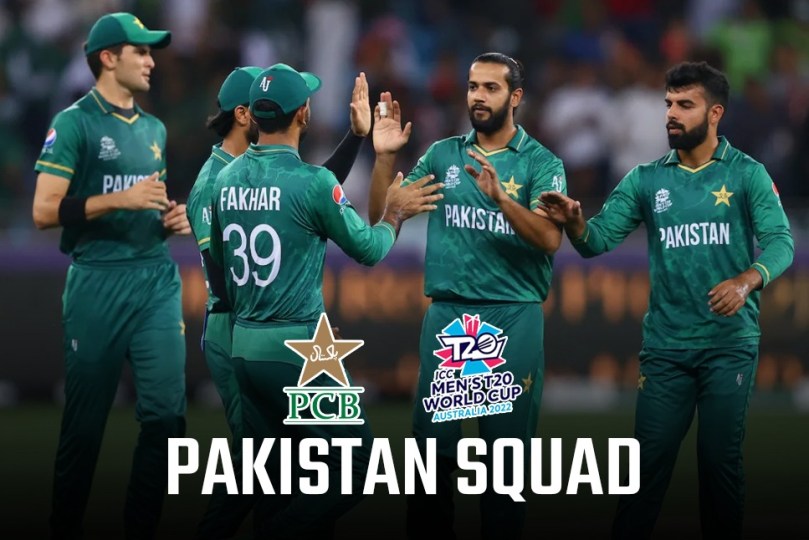 Pakistan T20 WC squad – ICC T20 World CUP: The Pakistan Cricket Board (PCB) on Thursday unveiled national men’s squads for the seven-match T20I series against England, the tri-series in New Zealand, and the International Cricket Council (ICC) Men’s T20 World Cup Australia 2022. Shaheen Shah Afridi is back in the squad while Babar Azam will lead Men in Green. Fakhar Zaman is in reserves while Shaan Masood will also fly with the squad to Australia.  Follow announcement of Pakistan Cricket Team LIVE Updates on InsideSport.IN.

“All PCB-accredited journalists and their photographers/videographers are invited to attend the presser and are requested to be inside the hall latest by 4:15pm,” read the statement by PCB.

Fakhar Zaman, Mohammad Haris, and Shahnawaz Dahani have been included as reserve players for the ICC T20 World Cup and the tri-nation tournament in New Zealand.

Babar Azam will captain the Pakistan team in the WC while Shan Masood, Asif Ali, Iftikhar Ahmed, and Khushdil Shah are also included in the squad.

England will visit Pakistan for the series that is scheduled to begin on September 20 at the National Stadium Karachi. The tri-series will begin on October 7, 2022, while the T20 World Cup will start on October 16.

Pakistan’s first match of the ICC T20 World cup 2022 will be held on 23th October against their arch-rivals India at 7:00 pm(IST) in Melbourne Cricket Ground in Melbourne.