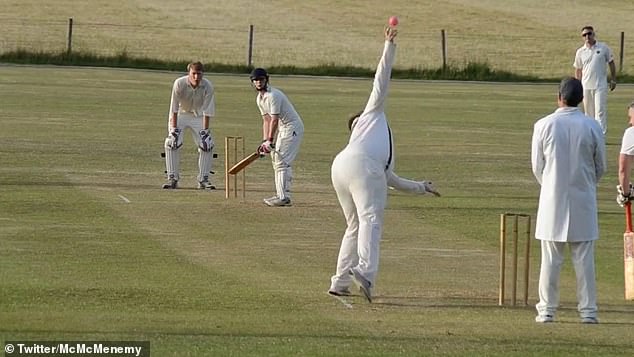 Amateur British cricketer George McMenemy has stunned Australian superstar Marnus Labuschagne by showing off his unique ‘skip and a hop’ bowling action at a local match.

The self-proclaimed ‘worst cricketer in the world’ and fanatic of the game posted a video to Twitter of his highly unusual run-up and delivery – but it’s his back story that really caught the Aussie Test batter’s attention.

George McMenemy skips in to bowl for his Newport Inn cricket club. He uses cricket to deal with the trauma of his mother’s sudden passing

The Winchester bowler, who wears suspenders whenever he takes the field, sports an odd approach to the crease, side-stepping in a dance-like routine before looping the ball up high in a slow-paced delivery.

He has overcome the brain condition dyspraxia, which hampers coordination and motor skills but has no effect on intelligence.

‘Folks I might be a fool, I might even be the worst cricketer in the world but this sport has saved my life, enriched my mental health and given me a platform to be happy once more and try to make my incredible Mummy proud up in heaven. Cricket I love you,’ McMenemy tweeted.

The video has attracted 12,000 likes and 800 retweets – along with a big thumbs-up from Australian star Marnus Labuschagne. 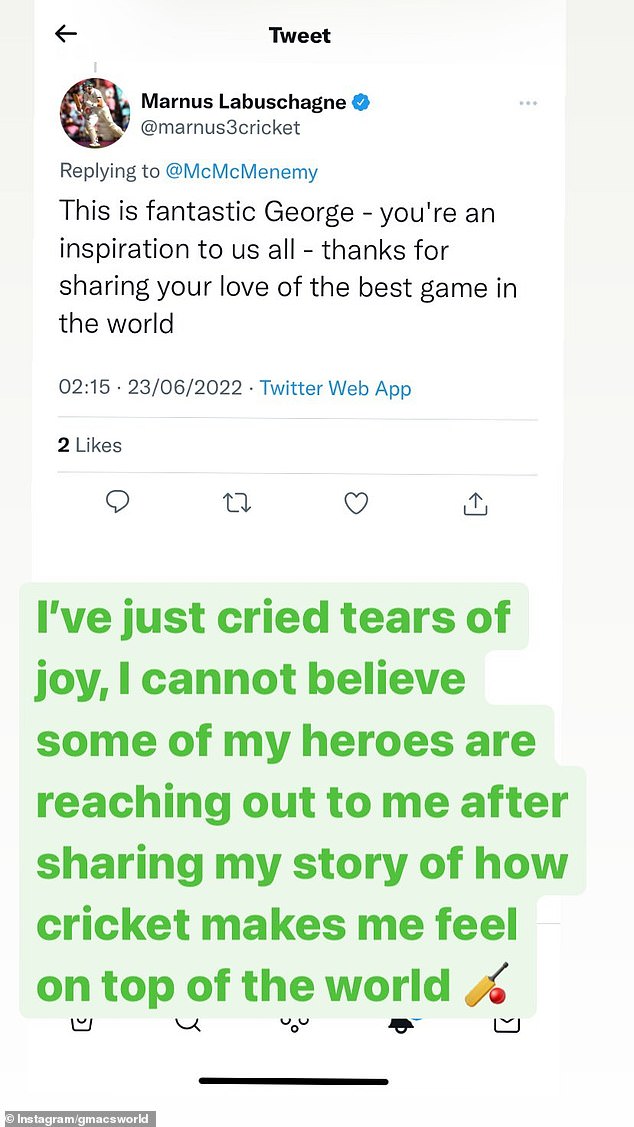 ‘This is fantastic George – you’re an inspiration to us all – thanks for sharing your love of the best game in the world,’ the 28-year-old commented.

McMenemy – who credits the game with saving his life – was overjoyed by the response and replied, ‘I’ve just cried tears of joy, I cannot believe some of my heroes are reaching out to me.’

In 2017, McMenemy’s mother Tracey died in her sleep just four days before he was due to start university.

After the sudden tragedy, he deferred his studies and battled with post-traumatic stress disorder (PTSD), at one stage contemplating suicide.

The Ashes series in that same year became McMenemy’s only escape from an otherwise sad situation, and he joined his local Newport Inn Cricket club in Braishfield, 130km south-west of London.

Since then, George has become a local legend, and his antics both on and off the pitch have been shared across Twitter. 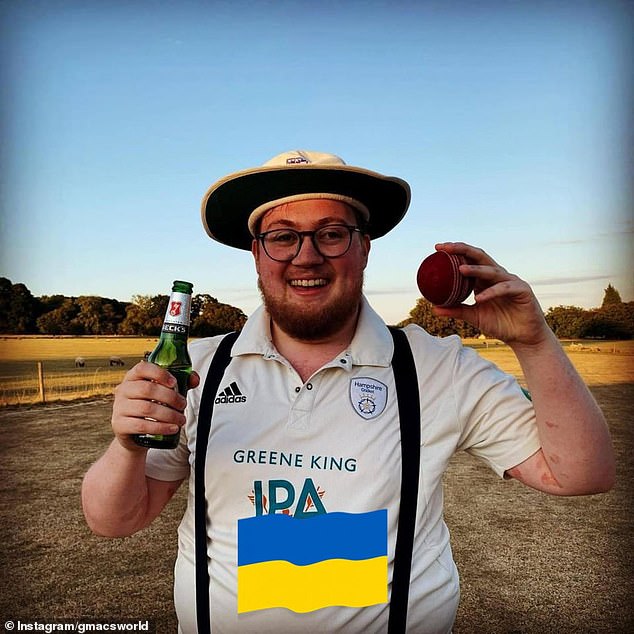 McMenemy sports suspenders every time he plays and has been awarded as the club’s most improved player in his first two years. 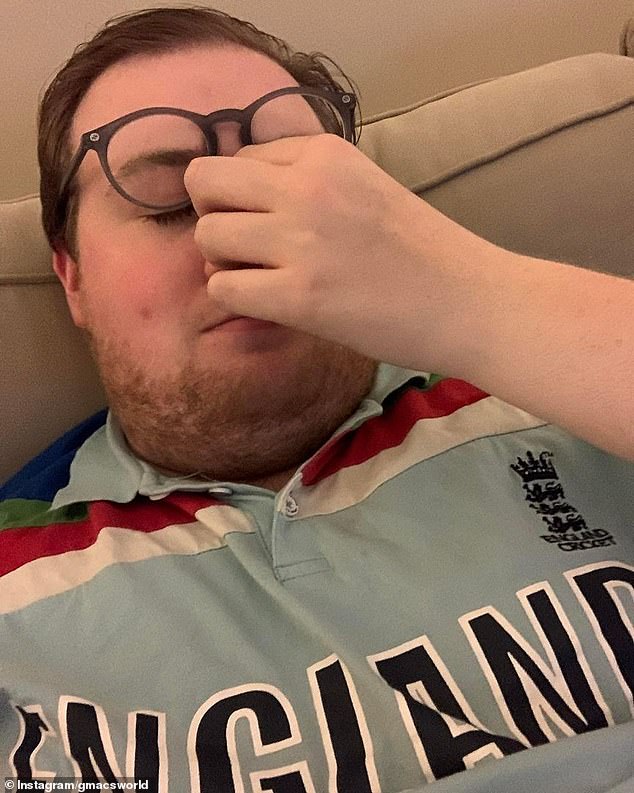 McMenemy gives new meaning to the term cricket fanatic. He didn’t take it well when Australia dominated England 4-0 in the 2021-22 Ashes series (pictured)

He was awarded with the club’s most improved accolade in his first two seasons, and drops regular hints to England’s selectors that they need to pick him for upcoming Ashes series.