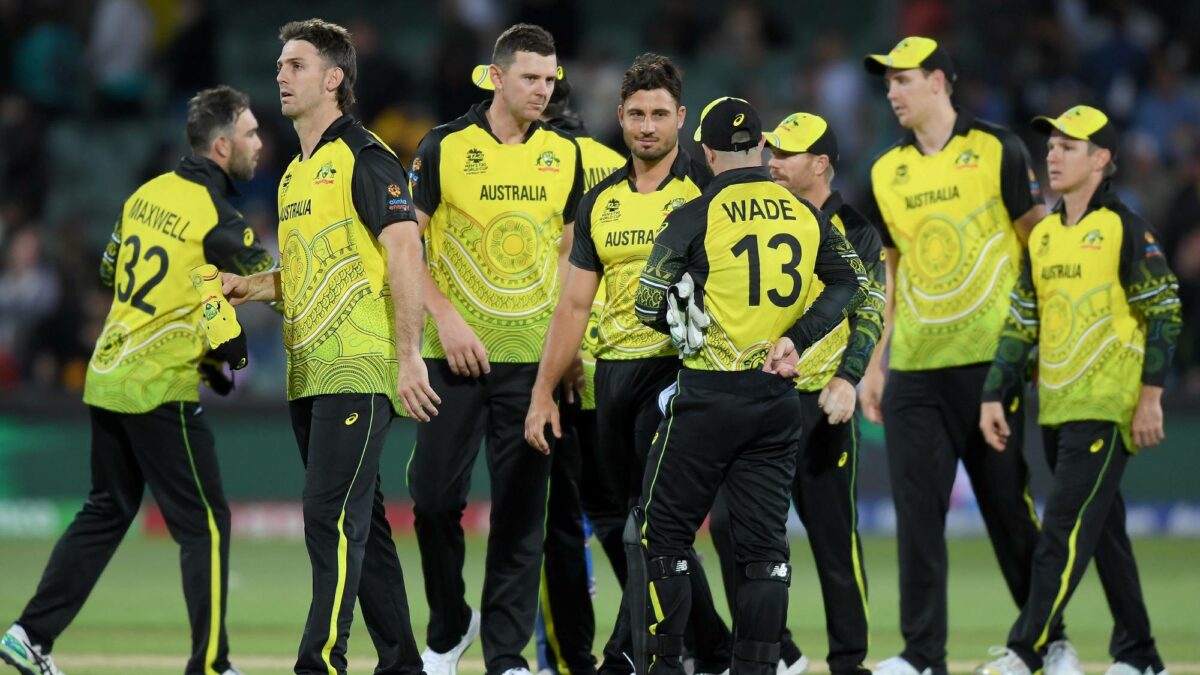 When it comes to the blame game for Australia’s failure to defend their T20 World Cup title on home soil, no one can escape the proverbial blowtorch.

Put simply, nobody from the selectors and coach to the captain, batters and bowlers will emerge from this listless performance with their reputation enhanced.

The off-field decision makers paid the price for being too conservative in their approach to cricket’s most innovative performance while the players didn’t shape up with bat or ball in hand or do particularly well in the field either for that matter.

Australia does not play again in this format until next August so surely Aaron Finch’s retirement is surely just a matter of working out a convenient time to make the announcement.

Alert the designers to do up the graphic that simply must be put out on social media before anyone can make any substantial announcement these days. 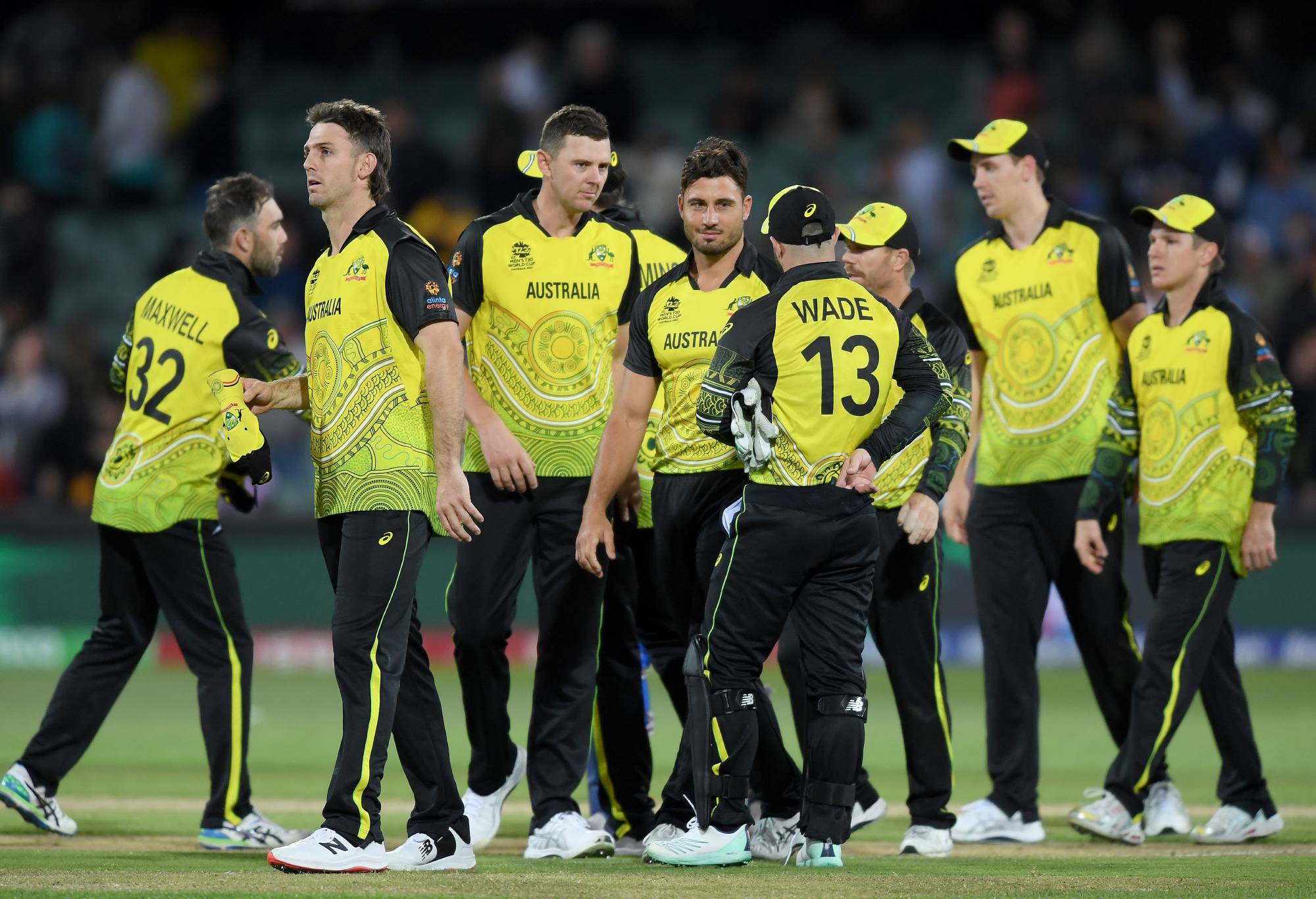 The simple fact of the matter is Finch should have retired well before this tournament.

In sport, the truly great teams regenerate their roster too early rather than too late. The ones that become dynasties are renowned for jettisoning veteran players when it’s best for the team not for when the player wants to bring down the curtain.

Finch has been one of Australia’s best all-time white-ball batters in the two shortened formats but the signs were there last year in the UAE that he would never rediscover his best form and the selectors failed to heed the warning signs.

T20 cricket is not the young cricketer’s game that everyone expects it to be – players at the international level can still produce deep into their 30s but when a batter, particularly an opener who usually faces the fastest bowlers, loses that fraction of speed in footwork and hand-eye co-ordination, the drop-off in form can be dramatic.

But it wasn’t just on Finch that the selectors erred. They tried to get in early in the sole T20 game on the Pakistan tour and the three matches in Sri Lanka to give fringe players a chance – Travis Head, Marnus Labuschagne, Josh Inglis, Cameron Green, Ben McDermott, Sean Abbott, Jhye Richardson, Ben Dwarshuis and Nathan Ellis played in that narrow win in Lahore or the series against Sri Lanka. 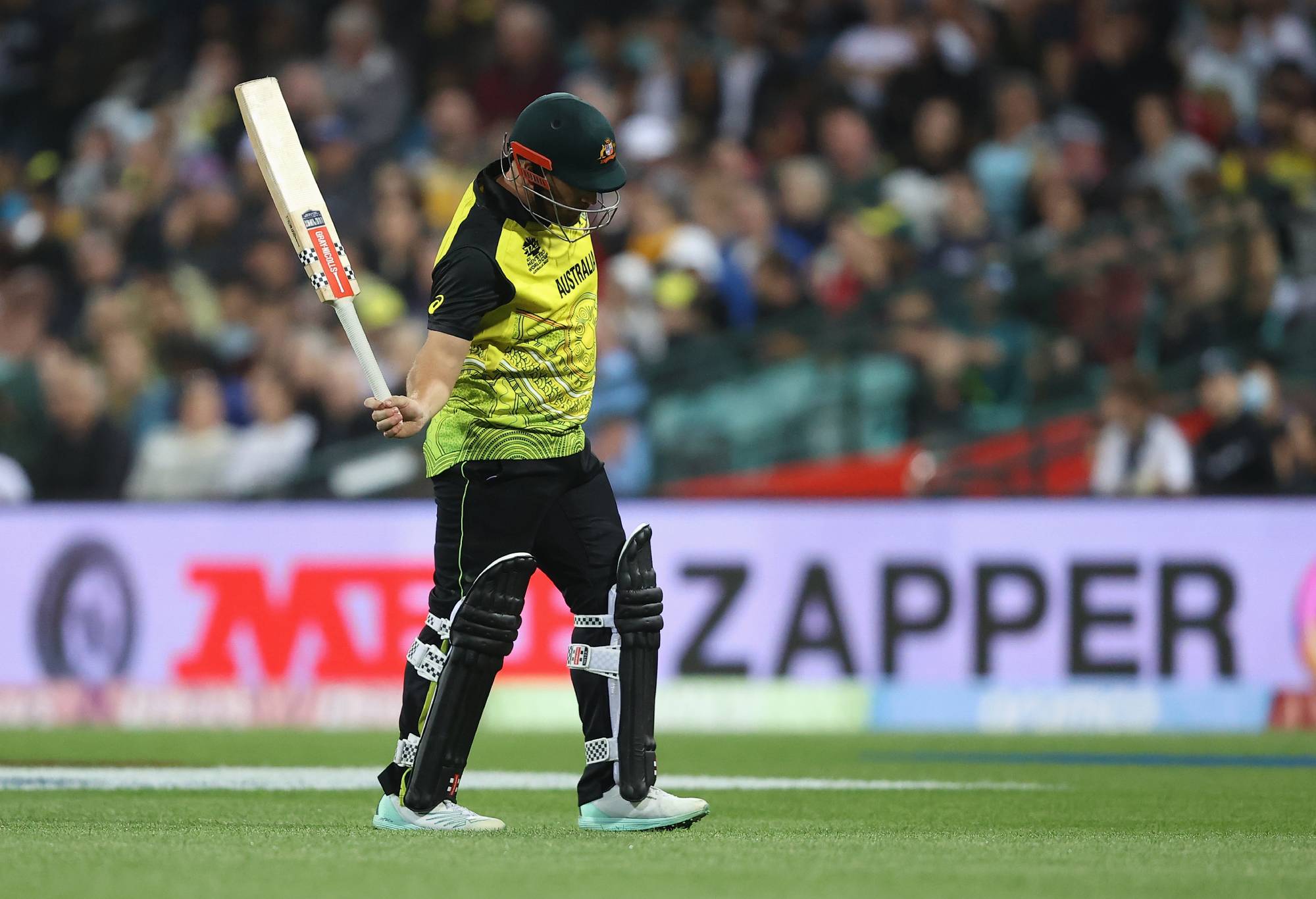 They were all cast aside when the players from last year’s title triumph were available.

Green’s plight was the perfect example of the selection panel’s muddled approach. He was brushed for the Sri Lanka games after two wickets and a failure with the bat in Pakistan until the warm-up series in India in late September, after the World Cup squad had been selected.

It was not a surprise that he was out cheaply after getting a belated chance to open for Australia when Finch was hamstrung for the game against Afghanistan given he hadn’t played for nearly a month.

Players like Richardson, Ellis and Green must surely now be given extended chances to solidify their place in the T20 team as Australia kick off the next cycle towards the 2024 tournament in the US and Caribbean.

Like the ODI team should be geared around four-year missions, the T20 squad can afford to experiment with all sorts of combinations next year and next summer so that by the time the next World Cup rolls around, they have the right combinations with players who have spent a decent number of matches together in their specialised roles. 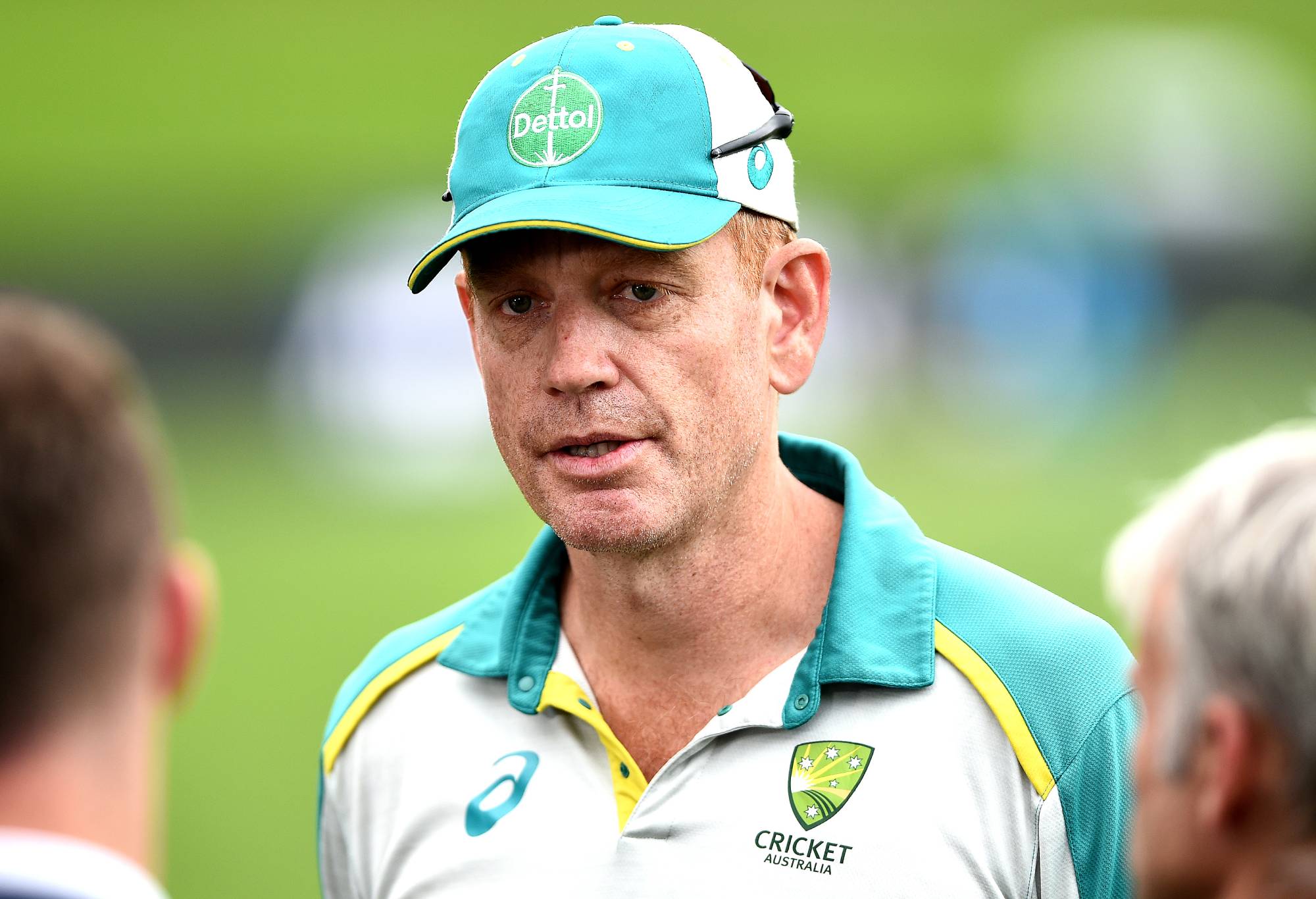 To that end, it means Steve Smith, Kane Richardson and Matthew Wade should be phased out while star veterans like Glenn Maxwell, David Warner, Marcus Stoinis and Mitchell Starc should be not guaranteed selection unless they have the runs (or wickets) on the board.

Australia paid the price of sticking by underperforming veterans based on reputations. You can’t afford passengers when you’re trying to win a World Cup.

South Africa found that out the hard way on Sunday – their captain, Temba Bavuma, has been in worse form than Finch this year and the Proteas again wilted when the heat was applied.

Even though Pat Cummins is not the skipper of the T20 team, the honeymoon period with the Australian cricketing public is well and truly over for the Test captain and new coach Andrew McDonald.

Cummins has been widely praised for his leadership since taking over a year ago from Tim Paine in dramatic circumstances while McDonald has barely copped any criticism for his low-key efforts since assuming the job when Justin Langer departed amid further controversy in February.

Despite the likes of Ricky Ponting questioning his spot in the team, Australia persisted with Cummins but his form with the ball was mediocre in the World Cup. 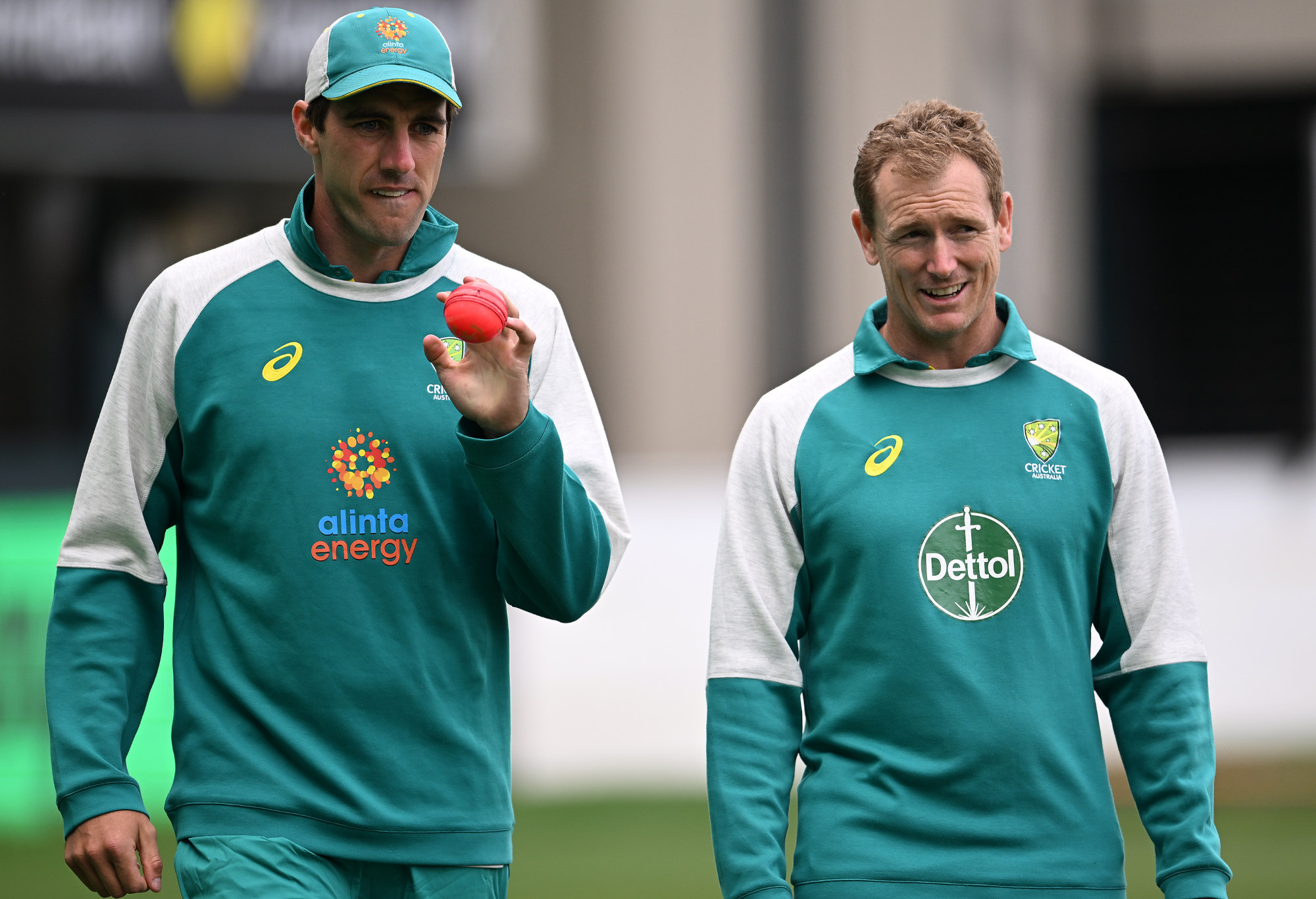 He lacks a genuine slower ball or much variety at all for that matter in the T20 arena and he paid the price – carted for 132 runs from his 16 overs during the tournament, at an economy rate of 8.25, with only three wickets to his name.

McDonald fronted the media on Sunday after Australia’s elimination was completed by England’s victory over Sri Lanka the previous night and said there were no excuses for their lacklustre campaign.

Victory has a thousand fathers, but defeat is an orphan and McDonald said the entire team set-up had to accept responsibility for failing to make it past the Super 12 stage.

McDonald admitted “we have only got ourselves to really blame” and indicated there would be changes to personnel but again refused to say whether Finch would be tapped on the shoulder.

“We will go through what that looks like in terms of building towards the next World Cup in 2024,” he said.

“There will be some natural turnover because of the gap and space and also the age profile of the team. So there will be some people that get some opportunities, albeit next August when we play T20 again.

“I haven’t really put much thought or time into that, it’s a little bit raw on the back of a World Cup,” he added when prompted on the topic of Finch’s future. “But he has got some time to think about that.

“Any time that you, I suppose, start to think about it then the end will be one day closer, there’s no doubt about that. I think the Big Bash will probably determine his future – how he goes there, his performances, how his body is holding up.”

Even if he blasts his way back into red-hot form in the BBL, the door to Australian selection should be forever closed.

You get the feeling McDonald and his fellow selectors George Bailey and Tony Dodemaide are trying to be too understanding and frankly too nice to their players.

That’s not their job. Sure, they have to be professional and not be callous when making calls which have major consequences or potentially end a professional sportsperson’s career but they have to make the right decisions.

And they have not done so from the moment Finch held the trophy aloft last November. 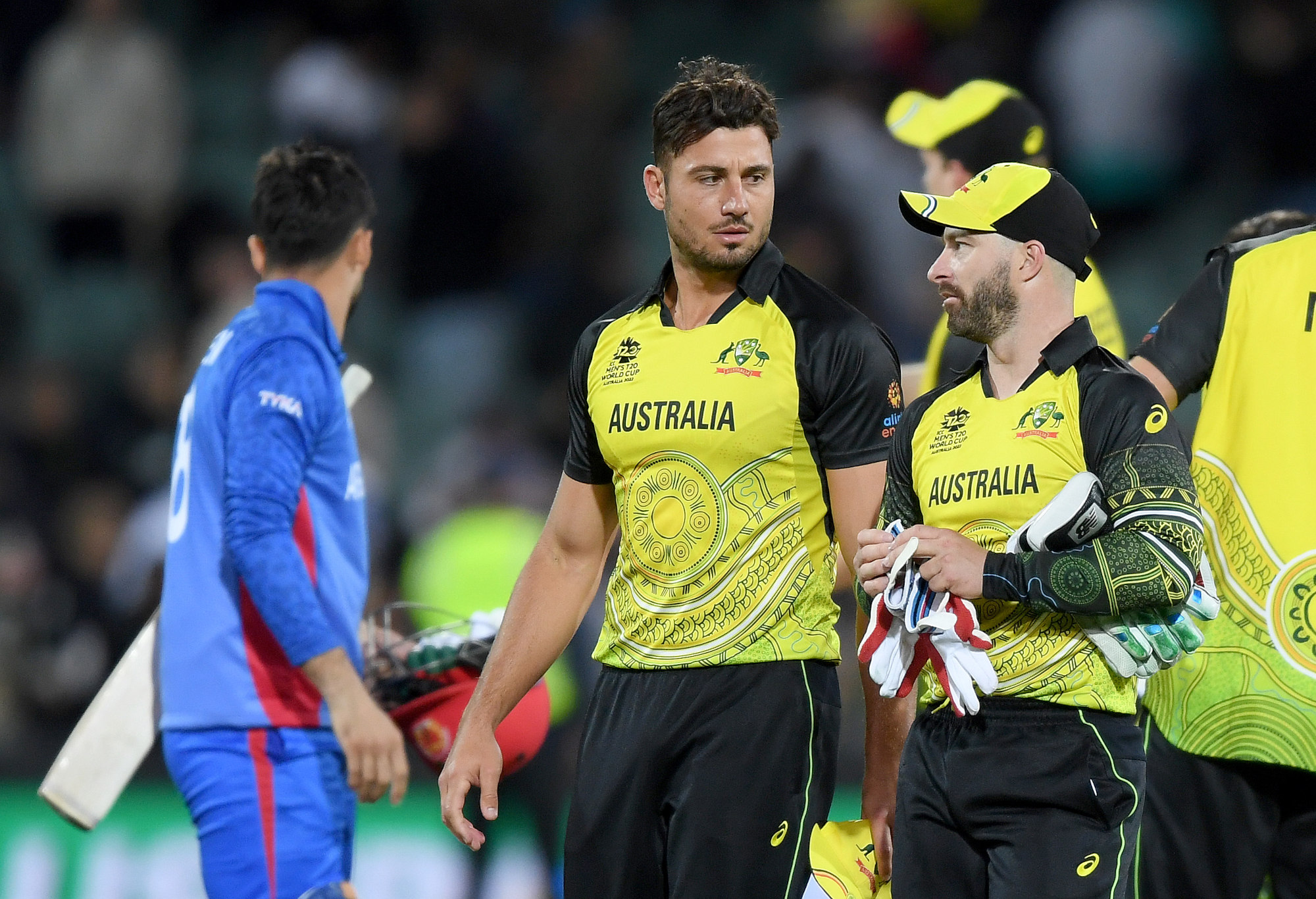 McDonald also defended the decision to drop Starc for Kane Richardson in their final game when the replacement seamer was spanked around Adelaide Oval for 48 runs in his four overs while only taking one wicket.

“We were looking to reinforce the back end with Kane Richardson so we put a premium on death bowling, that was the decision in a nutshell really,” McDonald said.

“Any time you leave out a player of the stature of Mitchell Starc it’s always going to create, I suppose, significant – how would you phrase it – attention.

“The reality is we have got 15 players that arguably could be in the 11 and those that miss out are always going to be genuinely stiff.”