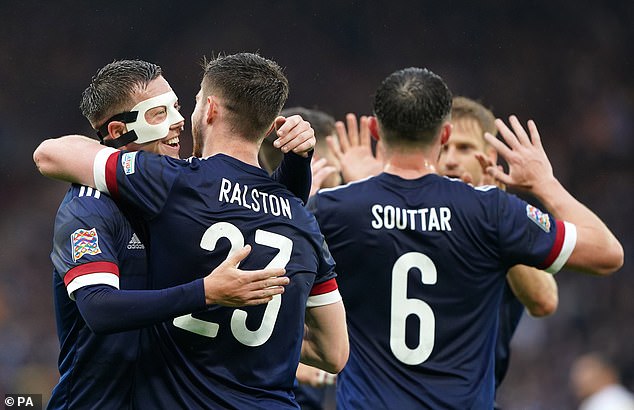 Faced with a scaled-down timetable supporters eager to catch the last train from Hampden were urged to leave before the final whistle.

Obligingly, Scotland did their bit to help by putting the game to bed before the 8.46 from Mount Florida left the platform.

After the bitter pill of a World Cup exit to Ukraine, victory in the opening game of the Nations League felt medicinal. Faced with three games in six days, Steve Clarke made six changes to the team which failed to turn up last midweek. 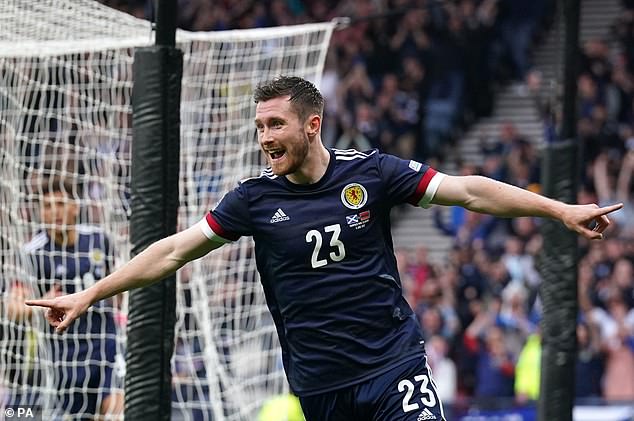 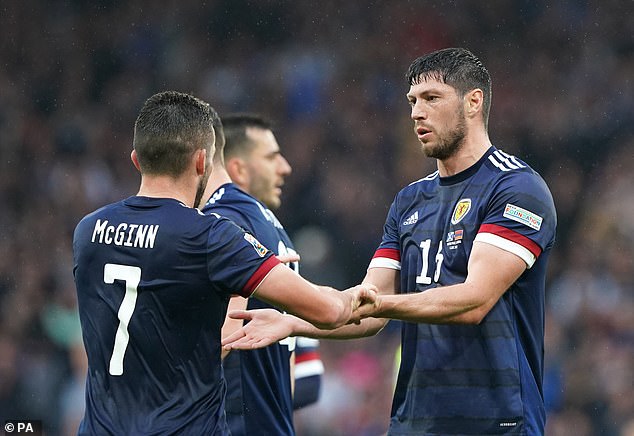 A combination of VAR, inspired goalkeeping from visiting keeper David Yurchenko and the woodwork prevented the Scots from racking up the scoreline a dominant display deserved.

This was Scotland’s first-ever meeting with Armenia, the nation currently languishing 92nd in the world rankings. A full 53 places higher in 39th expectations of a comfortable win were unaffected by their opponents’ unexpected Nations League win over the Republic of Ireland in Yerevan.

The mind boggles as to how badly the Irish must have played to a lose to a side devoid of a shred of attacking ambition or invention. Where Stephen Kenny’s team can always cite the intensive heat, a rain drenched night in Glasgow offered no excuses for a Scotland team smarting from the let-down of Ukraine.

And victory for Oleksandr Petrakov’s team in Dublin raises the likelihood of the two nations going toe to a toe for a coveted berth in the Nations League play-off once more.

Six changes to the team which lost 3-1 to Ukraine freshened things up no end. Ralston, in particular, offered an attacking threat which should have triggered a Scotland breakthrough long before the Celtic full-back marked his first international start with a goal.

Ralston was into everything. After five minutes he laid back a whipped cross from captain Andy Robertson, Stuart Armstrong’s controlled effort clipping the post. Minutes later Ralston was skipping past the challenge of Barseghyan on the right side and lashing a fierce ball across the face of goal.

Landing at the feet of Liverpool defender Robertson, the captain’s thumping low drive was heading in to the bottom corner until goalkeeper David Yurchenko produced a brilliant fingertip save. 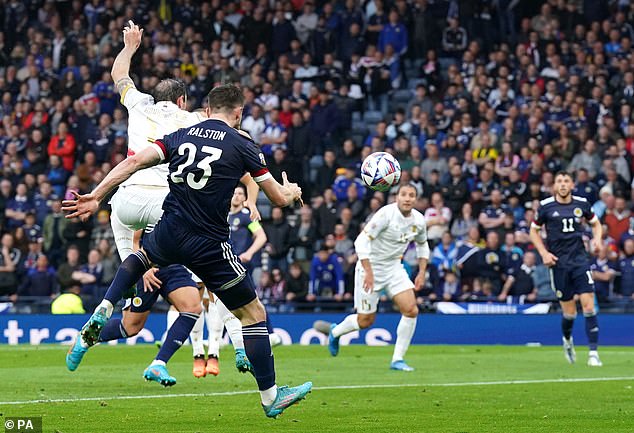 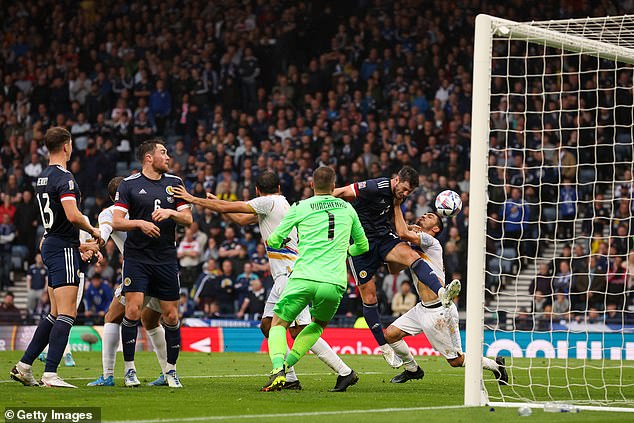 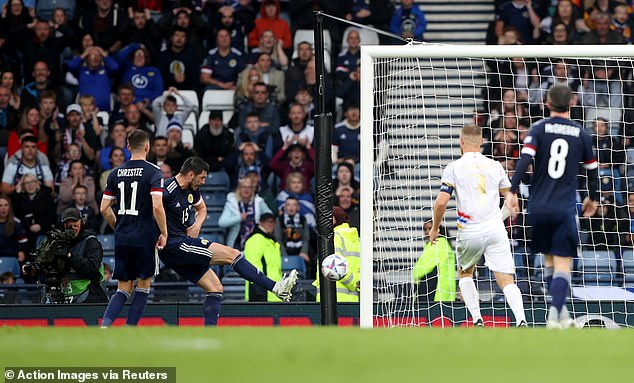 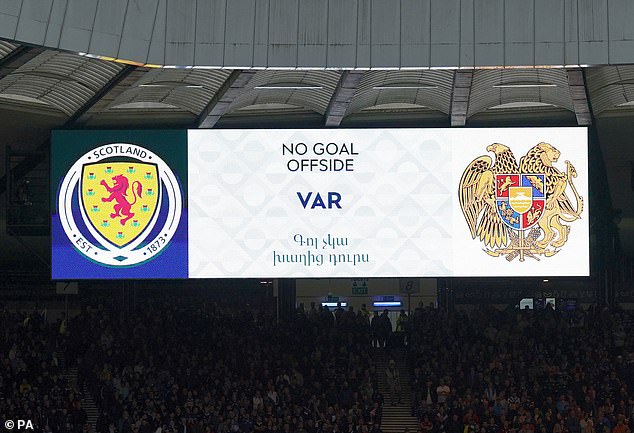 However, after the referee was alerted to a VAR check for offside, the goal was chalked off

Armenia’s lack of attacking ambition was damning. There were times in a first half siege when the most advanced player for the visitors was still only 30 yards from his own goal.

Like one of these games at Parkhead or Ibrox were SPFL cannon fodder embark on an exercise in damage limitation, Armenia set up their low block and invited Scotland to find a way through.

The deadlock was broken after 28 minutes, capping an impressive adaptation to international football for Ralston.

The resurrection of the Parkhead full-back under Ange Postecoglou has been quite the spectacle and the renaissance continued when he cushioned Armstrong’s looping cross towards the back post with his head and steered the ball back across the face of keeper Yurchenko into the far corner of the net for 1-0.

The goal offered a reward to the near 40,000 crowd who denied a Scotrail fiasco and an unappealing opponent to brave the Glasgow elements. As the rain tumbled down at the National Stadium Scotland began to enjoy themselves. Their movement, at times, was excellent. 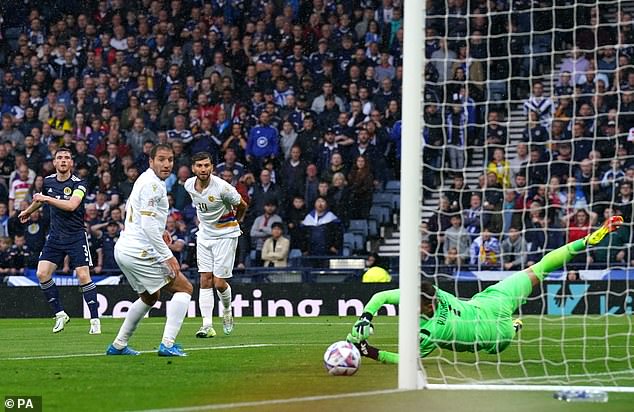 Ryan Christie volleyed a Che Adams knockdown high over the bar with a spectacular effort, but the second goal was coming.

Making his sixth international appearance, Scott McKenna became the second player in a dark blue shirt to break his international duck five minutes before half-time. An inch or two here and there and he’d have scored two before the interval.

The goal he *did* get came from a terrific John McGinn corner. A physical unit the former Aberdeen defender is a hard man to get to grips with and Armenia couldn’t do it. Nicking in ahead of his marker McKenna bulleted a downward header into the net for 2-0.

He thought he’d scored another during added time. Ramming Jack Hendry’s header into an empty net Austrian referee Sebastian Gishamer was alerted to a VAR check for offside. The goal was chalked off and vindicated by replays which also showed one of the Armenian players picking up a bottle and throwing it – from distance – at the Austrian assistant referee.

Scotland would have settled for a two goal lead at half-time before a ball was kicked. Against an underwhelming opponent they could easily have scored double that number. 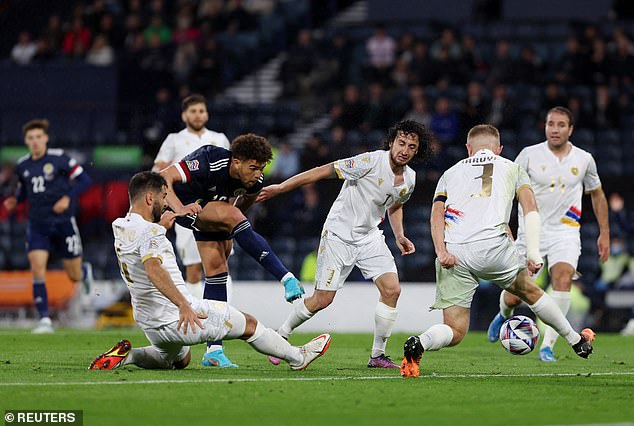 Armenia coach Joaquin Caparros made a triple substitution at the interval. He could have changed eight or nine and made no real difference. Promoted from Pool C after winning their Nations League group two years ago Armenia were a poor old team. One of the substitutes was Vahan Bichakhchyan and he managed to create the first real threat to Scotland’s defence.

The striker blew a wonderful chance when he raced onto a long ball and outmuscled a slipping Jack Hendry. With a clear run at goal indecision seized him and he took fright at the imposing figure of John Souttar running towards him. Moments later the attacker created space for a crack at goal which gave Craig Gordon a save to make. Comfortable enough, it was the Scotland keeper’s first meaningful involvement.

While the conditions in the closing stages were almost biblical, Scotland’s prayers for a third goal went unanswered. It wasn’t for the want of trying. Ryan Christie’s lay-off for Che Adams saw the striker crowded out as he tried to make space for a blocked strike on goal. 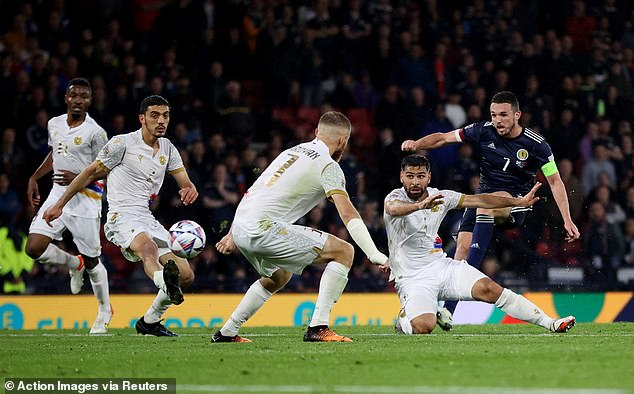 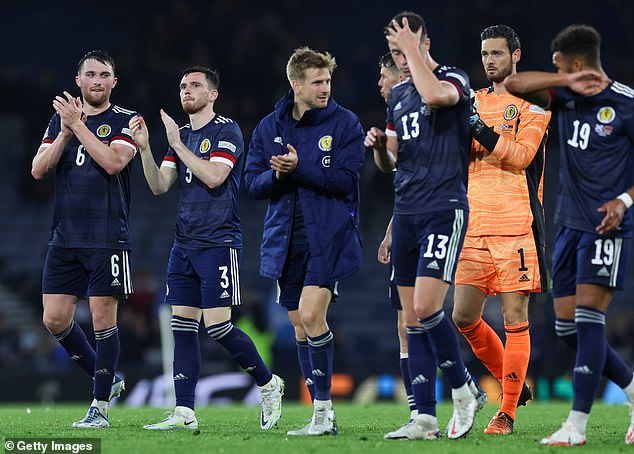 Keeper Yurchenko, meanwhile, produced his second brilliant stop of the night when he touched a thundering left foot strike from John McGinn onto crossbar. The wood is still shaking.

Dublin on Saturday is followed by another meeting with Armenia in Yerevan on Tuesday where the heat could be a bigger menace than the opposition.