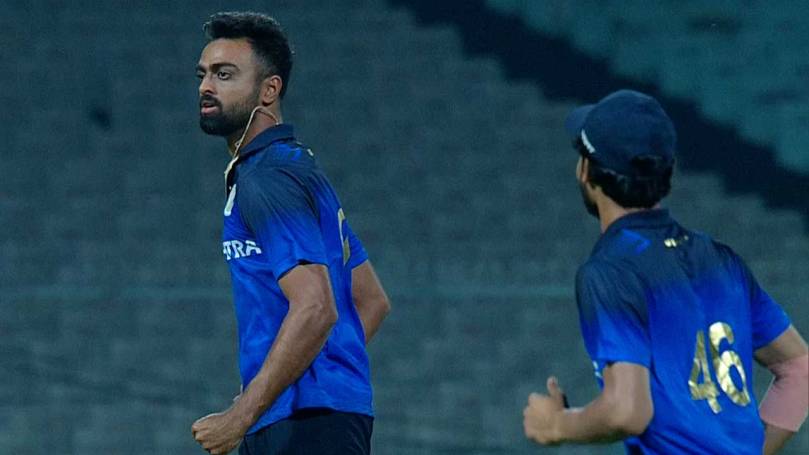 Opening the batting, Indian Test batter Cheteshwar Pujara departed for run a ball 11 (2×4) as Saurashtra lost two wickets in the Power Play before Jackson led the charge to take them to 183 for six. Kerala too had a jittery start but skipper Sanju Samson and Sachin Baby kept them in the hunt in an entertaining 98-run partnership.

In the first match at Eden Gardens, wicketkeeper-batter Prabhsimran Singh and opener Abhishek Sharma slammed half-centuries as Punjab overcame a shaky start defeat to Haryana by 49 runs that set up their last-eight clash against Karnataka.

Punjab lost their star Indian batter Shubman Gill (4) in the third over with Mohit Sharma giving Haryana an early breakthrough after they opted to field. But thereafter Haryana struggled to make further inroads as Sharma in the company of Singh settled in the Power Play and led them to 176 for seven.

Nishant Sindhu waged a lone battle for Haryana in a 25-ball 42 but Siddharth Kaul (2/29) triggered the collapse before Singh wreaked havoc taking two in two balls. Haryana went on to lose five wickets in addition to just four runs to manage just 127/9.

Karnataka vs Punjab; Delhi vs Vidarbha; Himachal Pradesh vs Bengal; Mumbai vs Saurashtra (all on Tuesday)