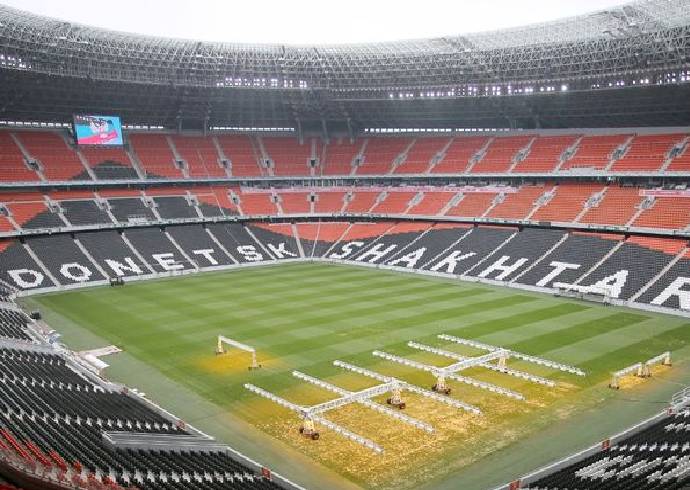 “One of our employees was killed, he was a children’s coach,” confirmed Shakhtar CEO Serhyi Palkin on Thursday evening. “He was hit by a fragment of a Russian bullet.”

The news comes just two days after two Ukrainian footballers were killed in the conflict.

“Our thoughts are with the families, friends and team-mates of young Ukrainian footballers Vitalii Sapylo and Dmytro Martynenko, football’s first reported losses in this war,” read a FIFPRO statement.

“May they both rest in peace.”

The Ukrainian Premier League is currently suspended due to Russia’s invasion. Shakhtar are top of the table, two points ahead of defending champions Dynamo Kyiv.

Meanwhile Ukraine have requested FIFA for a postponement of their World Cup play-off semi-final against Scotland.

The nations were due to meet at Hampden on 24 March but football in Ukraine has been suspended following Russia’s invasion of the country.

The winners will play either Wales or Austria for a place at Qatar 2022.

World governing body FIFA say they are working with Uefa and the Scottish Football Association to “find an appropriate solution”.

Confirming the request, a spokesperson added: “Fifa expresses its deepest solidarity to everybody affected by what is happening in Ukraine. A further update will be provided in due course.”

Earlier this week, Scottish FA president Rod Petrie wrote “football is inconsequential amid conflict” in a message to his Ukrainian counterpart.