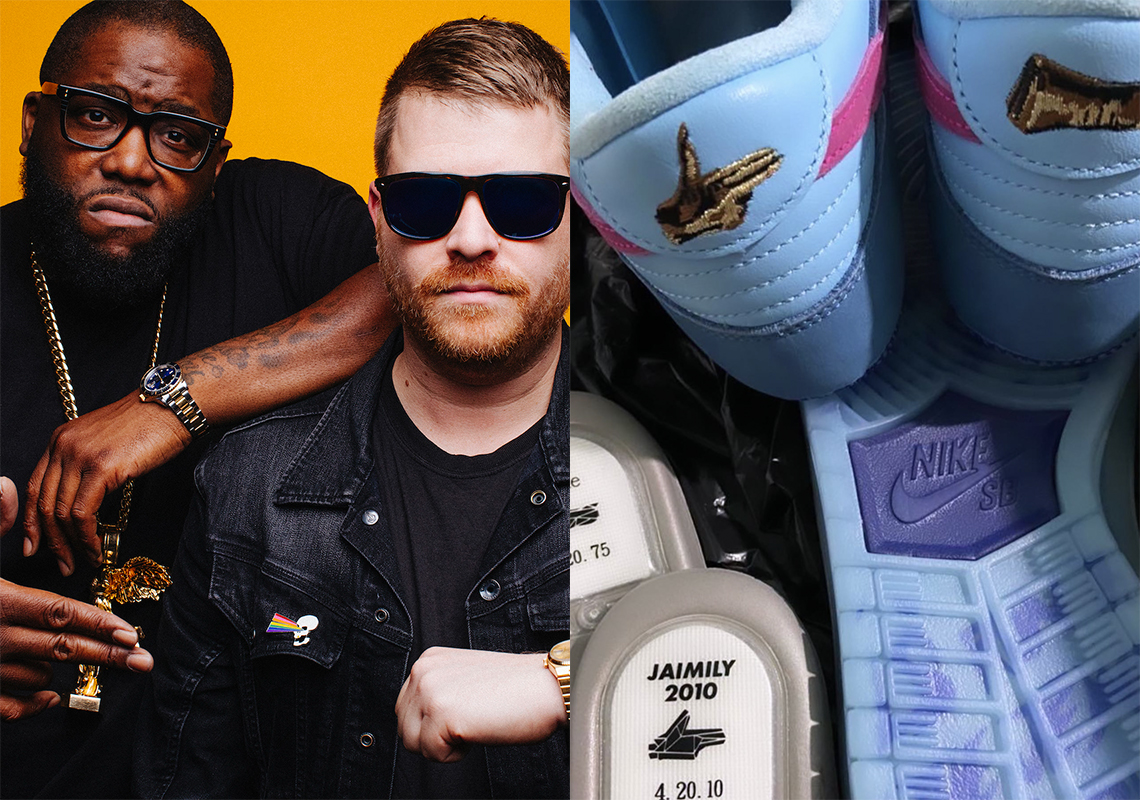 When all chips are on the table, you definitely do not want to bet against The Yankee and The Brave – and come this Friday, the critically acclaimed rap duo Run The Jewels is returning to treat our ears with a Latin remix of their latest album RTJ4. In tandem with their most recent appearance on Westside Gunn’s surprise mixtape, Killer Mike and EL-P’s groundbreaking team-ups are now being honored with a collaborative Nike SB Dunk.

While the silhouette still remains under the knife, first looks at the construction process showcase the model being coated in a dominant sky blue treatment across its smooth leathers overlays and sock liner while coming accented by a titular pink Swoosh. Enacting their “stick-up” logo of two hands – which showcases one holding up a gun as the other hands over a chain – along the back tab in a cream, brown and black embroidered finish, underfoot violets lay claim to the midfoot branding before crafting a tie-dye aesthetic along its tread. In a lasting commemoration to EL-P’s marriage to comedian Emily Panic, the two’s first names – Jamie and the latter – conjoin to read “JAIMILY 2010” alongside the date the two began dating, remaining tucked away in the inner cushioning unit.

While we patiently await further release date information alongside an official look at the pair, in the meantime enjoy an up-close view at the crafting of the Run The Jewels x Nike SB Dunk Low below. 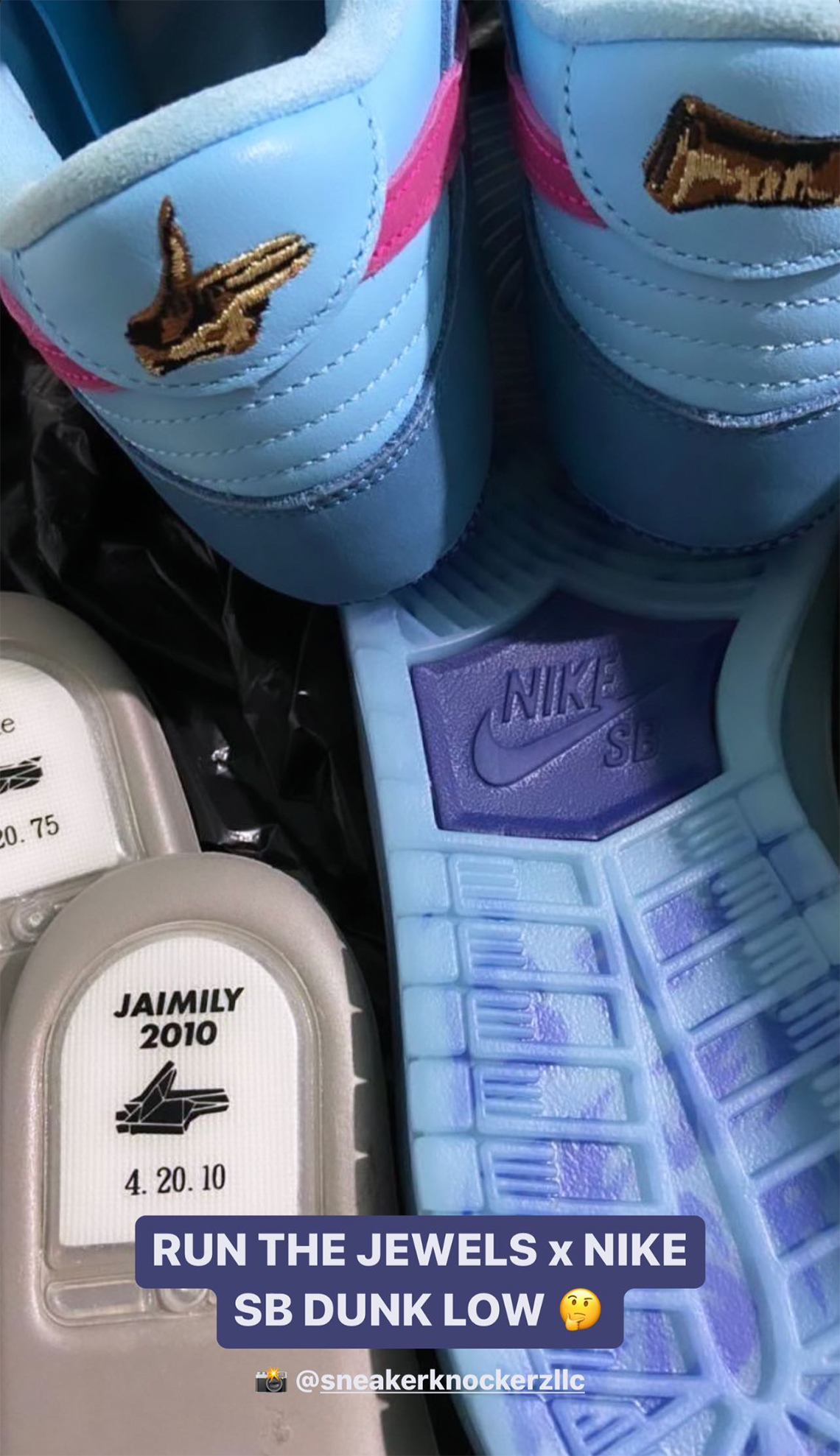