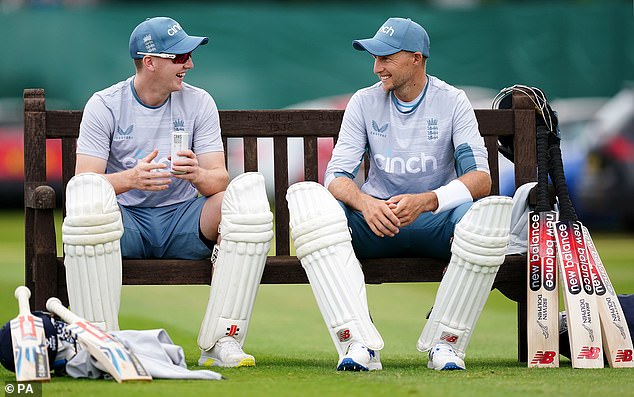 ‘You can’t fail to learn from guys like Joe’: Run machine Harry Brook reveals his debt to Root after scoring a century in each game of England’s historic 3-0 whitewash in Pakistan

Brook scored a century in each game of England’s historic 3-0 whitewash, and finished with 468 runs – the most in a Test series in Pakistan by an Englishman, beating David Gower’s haul of 449 in 1983-84.

And while Root himself had an unusually quiet time with the bat, with a single half-century and an average of 25, Brook singled out his fellow Yorkshireman for the help he provided.

‘We’ve got Rooty in the changing-room, so I speak to him a lot about batting and he’s been great to chat to for me,’ said Brook.

‘I’ve tried to make the most of having him around. We’ve spoken a lot throughout this tour and I’ll continue to do so. You can’t fail to learn from guys like that. If you surround yourself with the best, you can’t fail to improve.’

Not only did Brook average 93, he scored his runs at a strike-rate of 93 too, a remarkable rate for Test cricket, but in keeping with several of his team-mates. Will Jacks, Ben Duckett and Ollie Pope all scored even more rapidly. 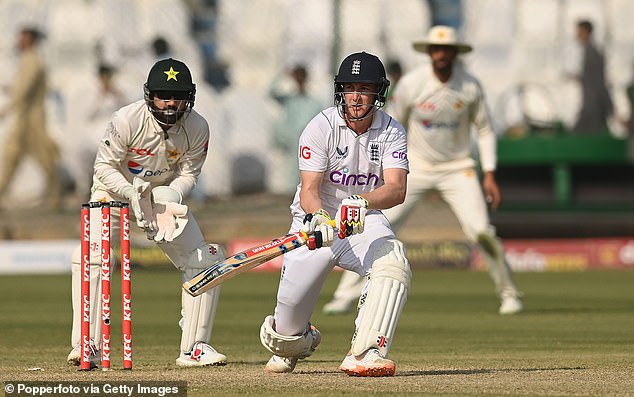 There was praise, too, for Brendon McCullum, whose first 10 Tests as head coach have produced nine wins and multiple records.

‘We’ve got Baz as well, one of the best players to play the game in his time,’ said Brook. ‘So when you’ve got two people like that who have been a big influence on people’s lives in the changing room, then you’re doing alright.

‘I used to love watching those guys play when I was younger, so you just listen and follow what they say, knowing that they do know what they are on about.

‘We are the only team to come out here and win 3-0, and that is a phenomenal achievement. Everyone knows how dead the pitches are, so to be able to force three results on them was incredible from everybody.’ 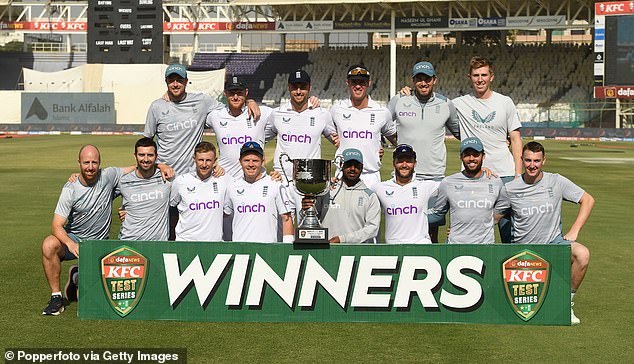 ‘It’s the fact people keep doubting us,’ he said after taking eight crucial wickets at Multan and Karachi at just 20 apiece.

‘You can’t go to Pakistan and do that, you’ll never be able to do that against India, or against New Zealand…

‘So it’s keep breaking records, keep trying to prove people wrong, play this way, and show that hopefully other teams will take notice and think they have to be on their A game to take on this England team.’