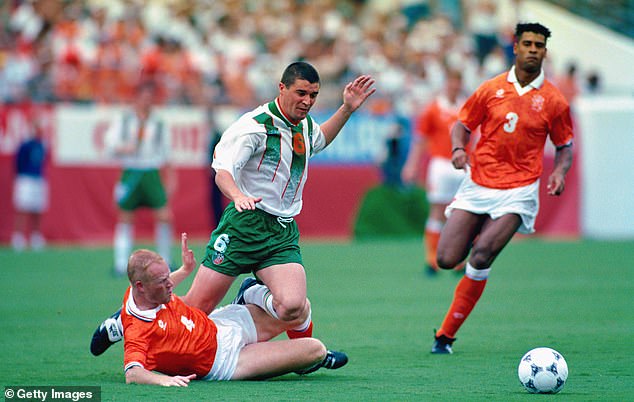 Roy Keane reveals visits to Wet ‘n Wild waterpark in Orlando are his World Cup highlight… despite being part of the Republic of Ireland side that stunned Italy in one of the great upsets at the same tournament in ’94!

Roy Keane has fondly recalled trips to the Wet ‘n Wild waterpark in Florida when at the 1994 World Cup with the Republic of Ireland – joking it was one of the highlights of his career.

Jack Charlton’s team were based in Orlando for part of the tournament, playing their second group match against Mexico and their last-16 tie against Holland in the city.

And former Manchester United captain Keane, who was 22 at the time, said the downtime between games was an excuse for fun in the sun.

It will seem a surprising World Cup highlight for many considering Keane was in the Ireland side that upset Italy in their opening game of that same tournament. 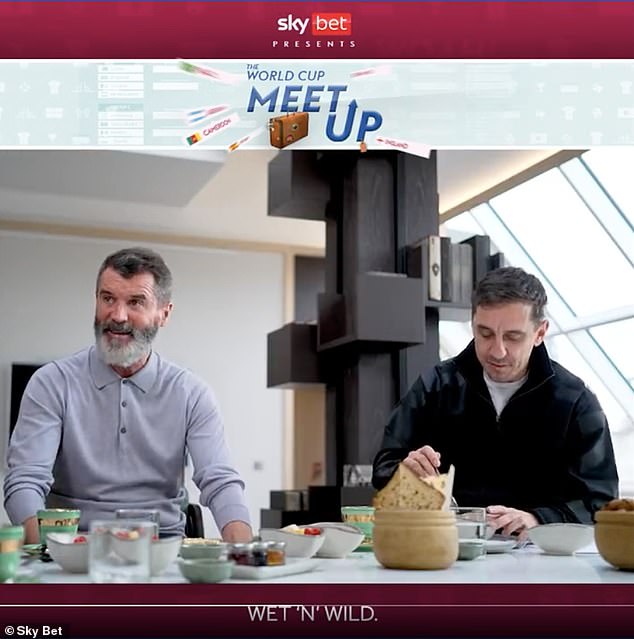 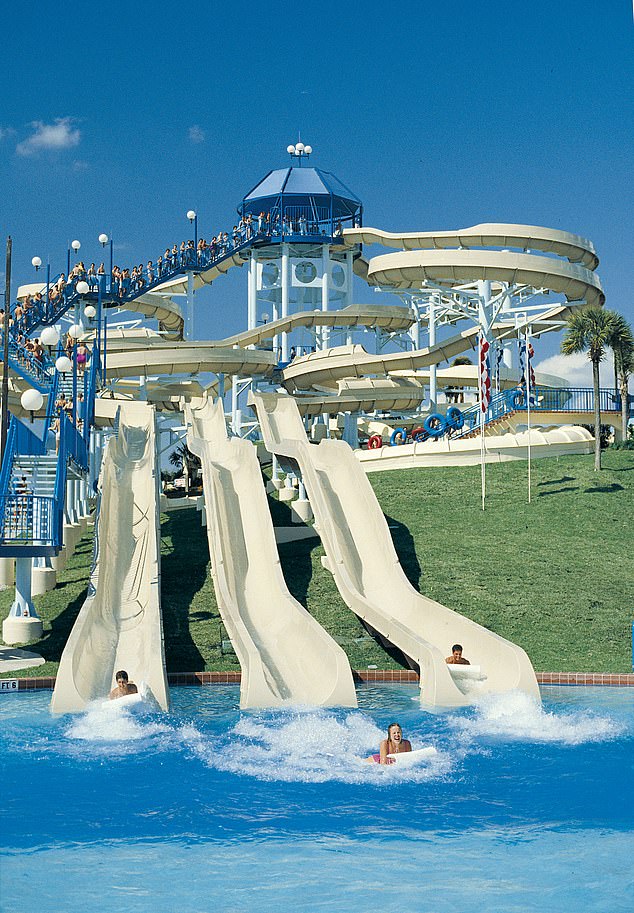 ‘The highlight of my career, in terms of World Cups, obviously was ’94,’ he told Gary Neville and Micah Richards in Sky Bet’s World Cup Meet-Up series.

‘But that as going to the waterparks in Florida in between the games. It was brilliant.

‘Wet ‘n Wild waterpark. Yeah, it was brilliant. You know when you get days off, which we get plenty with Ireland, we’d go straight down to the waterpark.

Keane’s comments provoked howls of laughter from Neville and Richards but he will be sad to hear that the popular water park, located on International Drive in Orlando, closed in 2016. 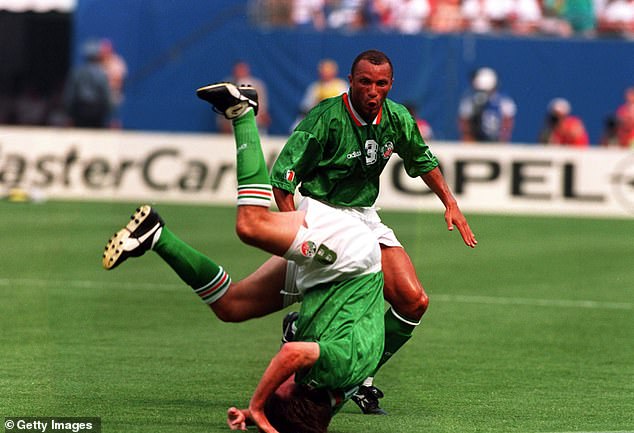 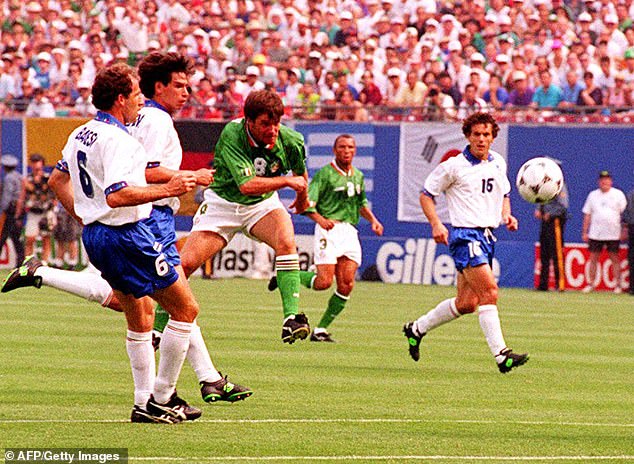 Ireland’s run to the knockout stages, having stunned tournament favourites Italy 1-0 in their opening group game, was considered a success at the time.

Ray Houghton scored the winner at Giants Stadium in New York as Ireland recorded one of their most famous results.

But Keane said at the time ‘there was nothing to celebrate’ because the team ‘achieved little’ after losing 2-0 to Holland in the first knockout round. 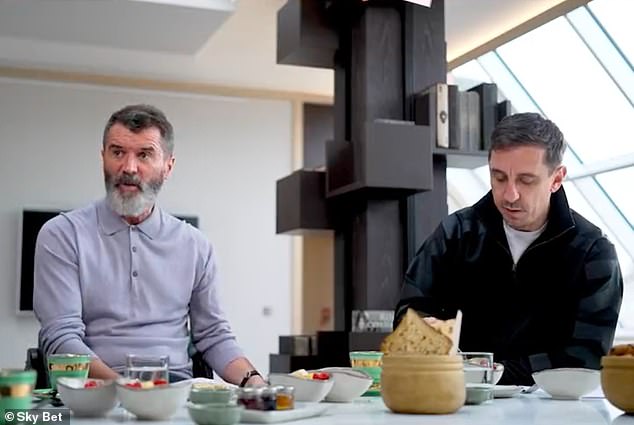 Keane said during their ample downtime with Ireland, the players went straight to Wet ‘n Wild 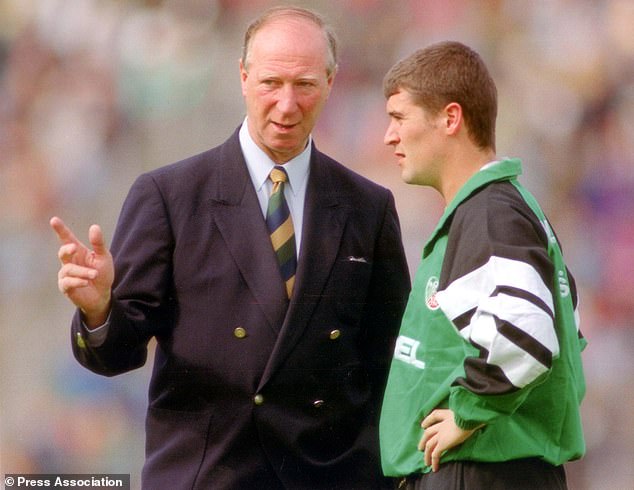 Keane, who was then 22, pictured with Ireland boss Jack Charlton during the 1994 World Cup 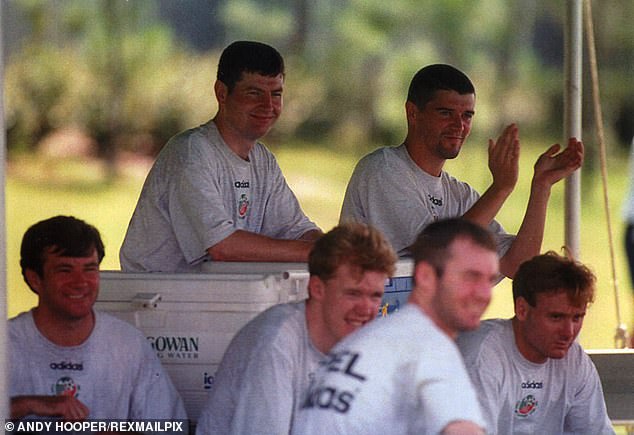 Ireland were based in Orlando for much of the tournament, soaking up the Florida sunshine 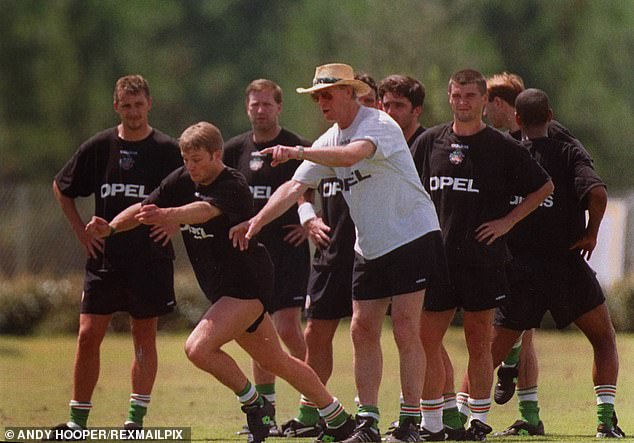 Keane’s final experience of the World Cup in 2002 was less pleasurable after he was sent home ahead of the tournament in Japan and South Korea following a bust-up with coach Mick McCarthy.

He was livid with the quality of the training facilities on offer at Ireland’s base in Saipan though he did return to the international fold after McCarthy resigned later that year.

Keane will be working as a pundit for ITV during the upcoming Qatar World Cup.