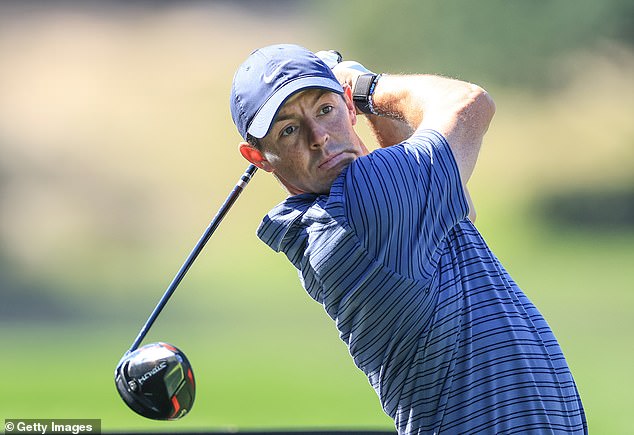 It was one of those Rory McIlroy mornings. You know the ones — the sun is shining, there’s not a breath of wind, the greens are receptive and even now, after all these years, there’s not a better golfer on the planet to watch taking full advantage.

Five weeks until the Masters and the 32-year-old is building up an exciting head of steam. ‘Everything just feels so good,’ he told Sportsmail on Tuesday. In the first round of the Arnold Palmer Invitational, at an inviting Bay Hill, everything looked good as he carded a wonderful 65.

McIlroy fared best of the morning wave with Graeme McDowell, of all people, tied second, albeit three shots behind.

Forget the weather and the lake-festooned layout for a minute, and one of the great events on the PGA Tour had the look of the North of Ireland Amateur Championship from years gone by.

‘I looked at the board thinking I was doing well and then I saw Rory on seven-under,’ said G-Mac, smiling. ‘I thought to myself, of course he is.’

It was at this event in 2005, when he finished runner-up, that McDowell first announced himself on the world stage as the golfing equivalent of a steely street fighter. 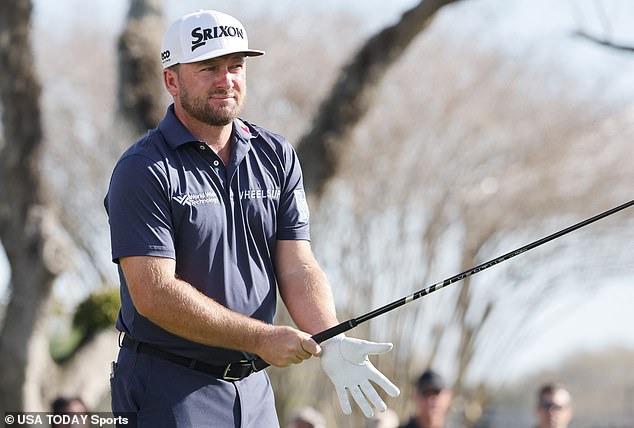 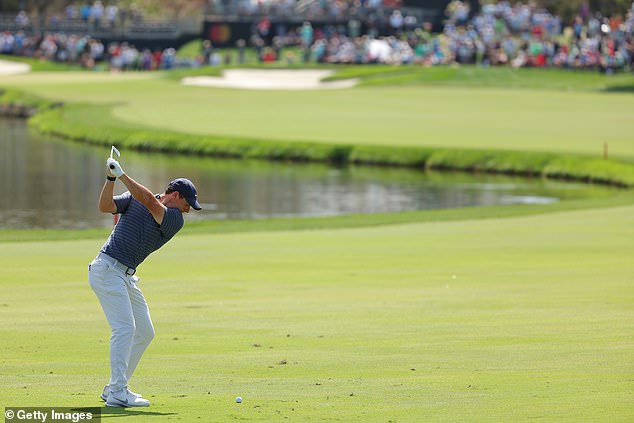 Now 41, and all the way down in a preposterous 399th in the world rankings, let’s hope this evocative turning back of the clock proves more than a one day wonder. He certainly sounded hopeful. ‘I have been threatening to play well for a while,’ he said.

McIlroy had a run in the middle of his round where he marked down seven 3s on his card in the space of nine holes — and birdied two par fives either side of the sequence for good measure.

It’s the par fives that will almost certainly decide his fate in this event. They are four excellent risk/reward holes and if he butchers them like he did on Thursday, playing them in five under par with three tap-in birdies and a 40ft eagle putt at the 16th, he will follow up his win here in 2018 with another. 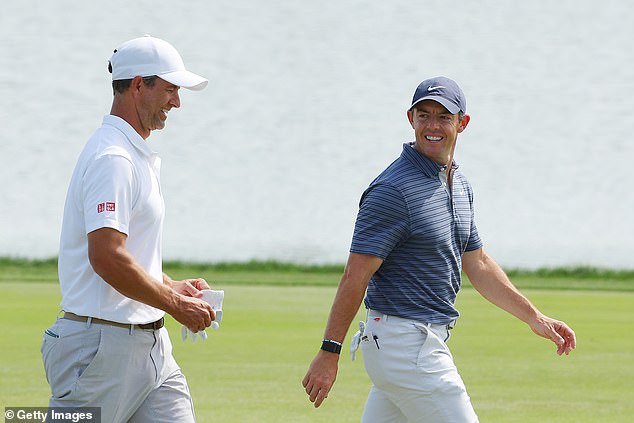 With the Masters in mind, this was a good sign for McIlroy. His play on the par fives in general over the last couple of years has been way below where it should be. At Augusta, of course, there are four more glorious risk/reward long holes, so how he does over the next three days will be an interesting pointer.

‘Wow, I love playing with Rory when he’s swinging like this,’ said Adam Scott, no slouch in that department himself of course, as he joined McDowell in a tie for second place with rising American star Will Zalatoris and Korean Sungjae Im.

Will McIlroy’s swing look so good as the course firms up over the weekend and the requirement will be for a lot more discipline than on this occasion, when he was able to take dead aim at the flags?

It is going to be fascinating to find out.