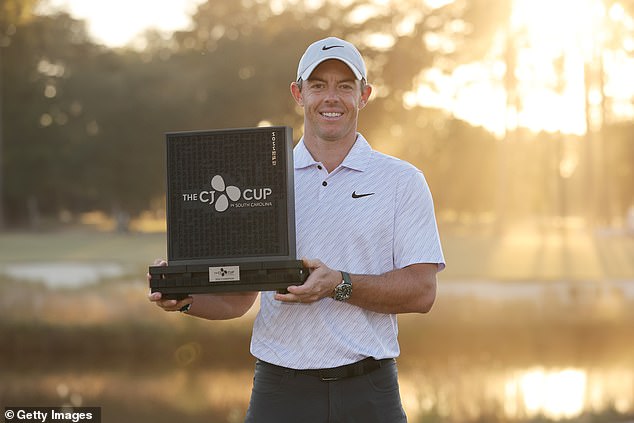 Rory McIlroy returns to world No 1 with successful CJ Cup title defence in South Carolina, before Northern Irishman beams: ‘I am enjoying the game as much as I ever have… it’s a big achievement and I am really proud of myself’

By Riath Al-samarrai For The Daily Mail

More than two years after he last topped the world rankings, Rory McIlroy is back at No 1 after defending his title at the CJ Cup in South Carolina on Sunday night. In his current form it will take something special to usurp him.

By outrunning a high-quality field at Congaree, he collected his third PGA Tour win in the space of four months and made official what has been obvious for some time, which is that no one is playing at his level presently.

If there has been a legitimate counter-argument in 2022, it has been found in his ability to close on a Sunday, not least at the majors, but there was little trace of fallibility on his first PGA Tour outing since winning the Tour Championship. He started his final round a shot clear in the lead and he closed with the same margin at 17 under par after adding a 67 to his earlier loops of 66, 67 and 67.

‘It feels great to go out with the lead, play really well and get the win,’ he said. ‘It is an awesome way to start the new season and it is a continuation of the way I have been playing.

‘It means a lot. I have worked a lot to get back to this place and I am enjoying the game as much as I ever have. The joy has shown over these past 12 months. It feels awesome (to be back at No 1). It is a big achievement and I am really proud of myself.’

Despite opening his fourth round with birdies at two, four and six, McIlroy did face some serious challenges on his way to the line.

See also  That's how to start a major, Rory! McIlroy reels off four straight birdies to kick off US PGA bid

First that came from Jon Rahm, who was level with McIlroy at 15 under when the Northern Irishman bogeyed eight, and then from his playing partner Kurt Kitayama, who was tied with him for much of the round. But the more they increased the heat, the more McIlroy’s game climbed, particularly on the back nine, where four birdies in five holes from 12 opened a three-stroke lead on Kitayama. 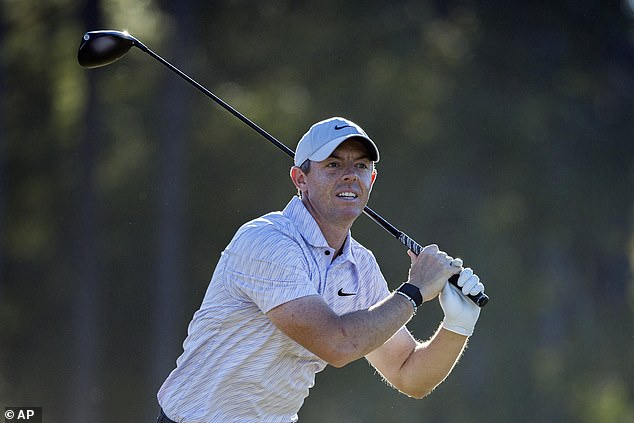 McIlroy briefly wobbled with a bogey at 17 after driving into a bunker, which saw his advantage cut to two, and then he gave away another at the last, albeit when a bogey was enough to win. But he had already built enough of a cushion to secure his 23rd PGA Tour title.

By overtaking Scottie Scheffler and returning to the top of the rankings, it means McIlroy has held the No 1 spot on nine separate occasions in his career. The question is whether the form that has enabled this latest climb will be present when the majors come around again in 2023, and indeed whether he can build on the near-misses he experienced on those four grand stages in 2022. 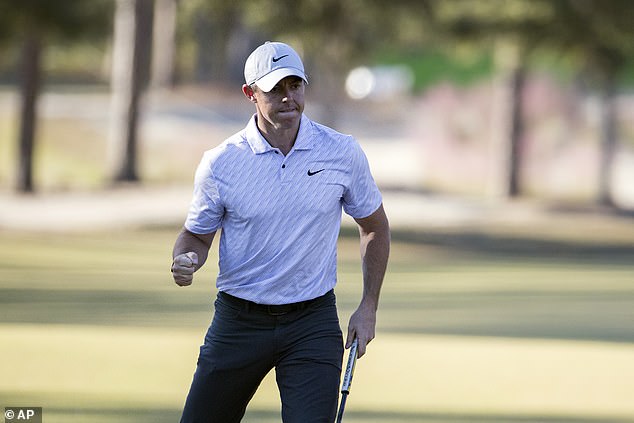 Meanwhile, Tommy Fleetwood shot a brilliant 65 to close in a tie for fourth with Rahm on 14 under. Matt Fitzpatrick wrapped up with a pair of bogeys to fall to 13th on nine under, alongside Tyrrell Hatton.

Earlier, Marcus Armitage’s dream of a second DP World Tour title was lost to a collapse in his final three holes at the Mallorca Open.

The Englishman was two strokes clear stepping on to the 16th tee, but from there he unravelled to allow German Yannik Paul to take the win. The first sign of an implosion came when missed his 3ft par putt at 16, before he then drove out of bounds on his way to a double bogey at the next. A closing bogey completed his slip from first to sixth, costing Armitage around £240,000 in prize money. England’s Paul Waring took second, a shot behind Paul