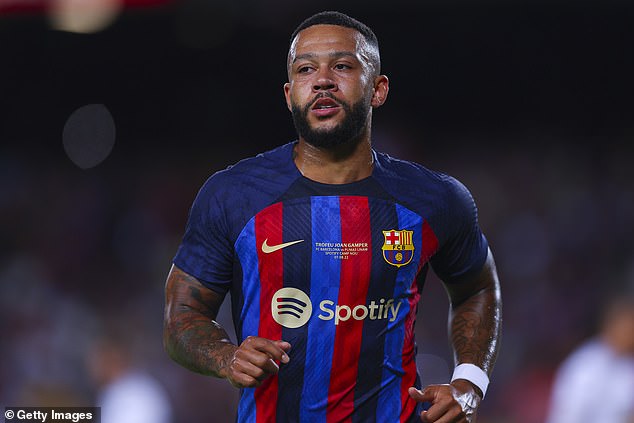 Italian giants AS Roma have joined Juventus in the race to sign Barcelona outcast Memphis Depay, according to reports.

The Dutch forward joined the Catalan side in the summer of 2021 on a free transfer after his contract with Lyon came to an end.

He scored 13 times in 38 games for Barcelona last season but has fallen down the pecking order at the Nou Camp, and finds himself behind other attacking players such as Ousmane Dembele, Ferran Torres and Ansu Fati.

Depay had widely been linked with a move to Juventus during the summer, as the Catalan giants looked to move him on in their mad rush of registering their summer signings ahead of the new campaign.

According to Italian outfit Calciomercato, Jose Mourinho’s Roma have now joined their Serie A rivals in the race for Depay.

Following Juventus’ poor start to the season which has seen them crash out of the Champions League and sit in seventh place in the Italian league, Max Allegri’s side are still keen to add forward options to their squad.

Roma meanwhile currently occupy the final Champions League spot in fourth place, although they face being eliminated from the Europa League with a crunch match against Bulgarian side Ludogorets this Thursday to decide who will go through from their group.

Both teams are level on seven points, but Ludogorets have the better head-to-head record having beaten the Italian side 2-1 in Bulgaria in matchday one of the competition, and Mourinho’s side want to add the Dutch attacker to their squad. 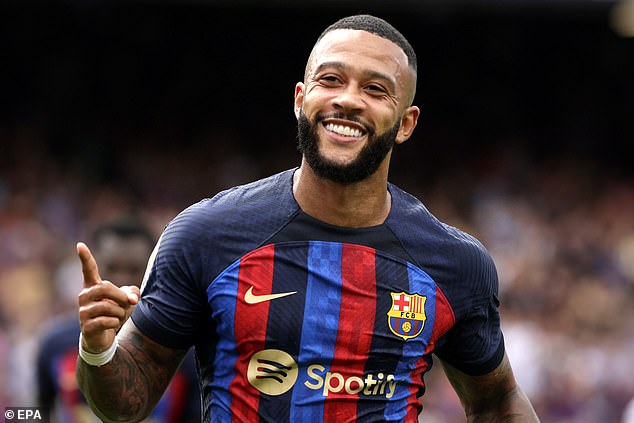 Depay has played just 131 minutes of football this season for Barcelona, scoring one goal

Depay is currently absent with a thigh injury, although he had had only played 131 minutes for the club across three appearances for the club, netting just once – in a 3-0 win over Elche in LaLiga back in September.

The former PSV Eindhoven and Manchester United forward has endured a tough spell with Xavi’s side, scoring 14 times and adding two assists in 41 games since his move to Barcelona.

Depay is expected to be a key man for the Netherlands at the World Cup this month, having netted 42 goals in 80 caps for his national team.

Louis Van Gaal’s side face Qatar, Ecuador and Senegal in their first appearance at the finals since 2014.