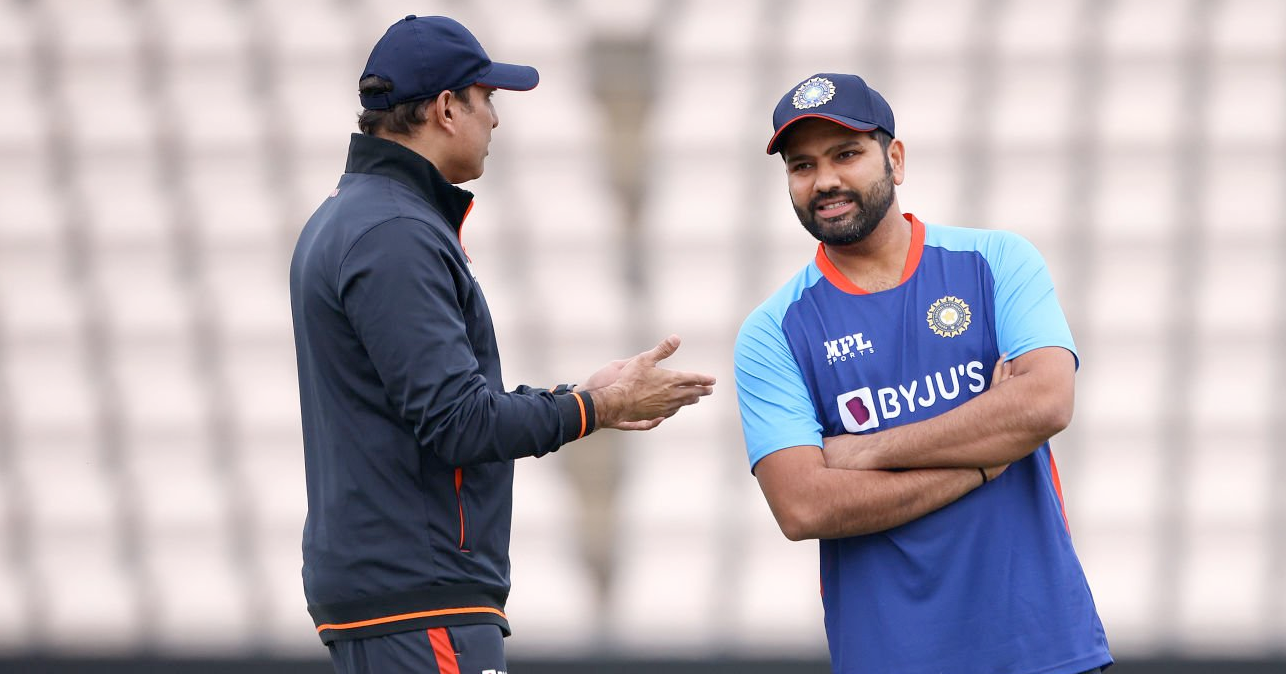 India National Cricket Team all-format captain Rohit Sharma has said that he “struggled a little bit for a couple of days” after being tested positive for Covid-19.

India all-format captain Rohit was tested positive for Covid-19 during the warm-up match between India and Leicestershire, a few before the rescheduled Test match against England at the Edgbaston, Birmingham.

Rohit was unable to recover in time, as a result, the BCCI appointed premier pacer Jasprit Bumrah as India’s captain for the match against Ben Stokes-led England.

It was hard to watch from the sidelines – Rohit Sharma

Speaking to the press, Rohit Sharma said that he found it hard to watch from the sidelines and miss the crucial game against England. He said:

“It was hard to watch from the sidelines. It’s never an easy situation when you miss games, especially an important game like that when the series was on the line for us.”

He also said that he is excited to participate in the upcoming three-match T20I and ODI series against England.

“Speaking of symptoms, I struggled a little bit for a couple of days, but I am happy that I am standing back on my feet, nice and healthy as I look forward to the T20I series followed by the ODI series,” Sharma said at a press conference ahead of the 1st T20I against England.

AlsoRead: IND vs ENG: Karsan Ghavri Feels Virat Kohli Should Have Led India In 5th Test Instead Of Jasprit Bumrah After Rohit Sharma Got Ruled Out