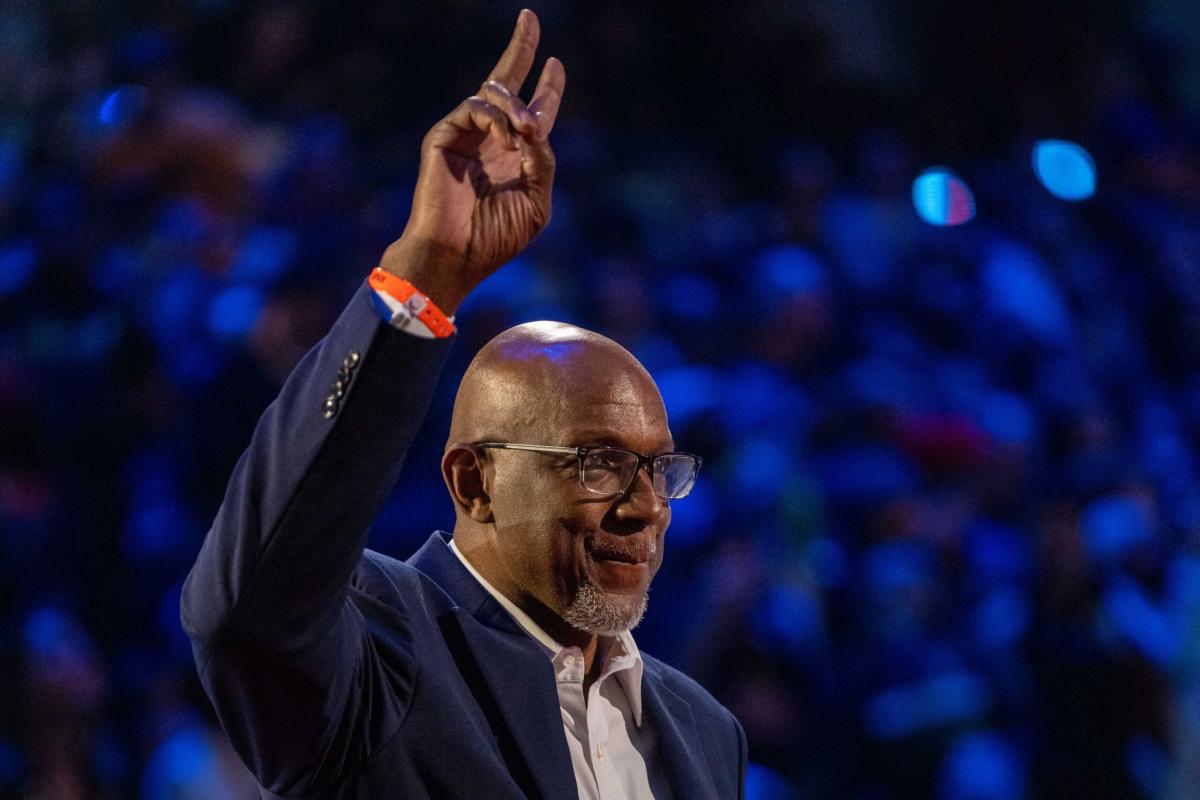 Last April, Rockets and NBA legend Clyde Drexler was among three members inducted into the Houston Sports Hall of Fame as part of the 2022 class, joining Roger Clemens of MLB’s Astros and Sheryl Swoopes of the WNBA’s Comets.

Earlier this week, each member of that trio received their Hall of Fame ring and had a personalized plaque unveiled on the Walk of Fame at the GreenStreet Promenade in downtown Houston.

Here are some of the details on Drexler’s new ring, per Matt Young of the Houston Chronicle:

Drexler’s ring says “Drexler” on one side with the Olympic rings to represent him playing on the 1992 Dream Team.

The other side says “Rockets,” with whom he won an NBA championship in 1995, and has the University of Houston Cougars’ hand sign on it.

“It’s a token of appreciation from the city that I’ve spent my entire life in,” Drexler told Mark Berman of Fox 26 Houston. “That’s what makes it special. It’s a tremendous honor.”

Drexler played portions of four seasons with the Rockets, starting at the trade deadline of the 1994-95 season and continuing to his retirement at the conclusion of the 1997-98 campaign.

Drexler’s No. 22 jersey is retired in the rafters at both Toyota Center and at the University of Houston, where he led the Cougars to a pair of Final Four appearances (1982, 1983) alongside his good friend and future co-star with the Rockets, Hakeem Olajuwon.

Both Drexler and Olajuwon are members of the Naismith Memorial Basketball Hall of Fame in Springfield, Massachusetts.