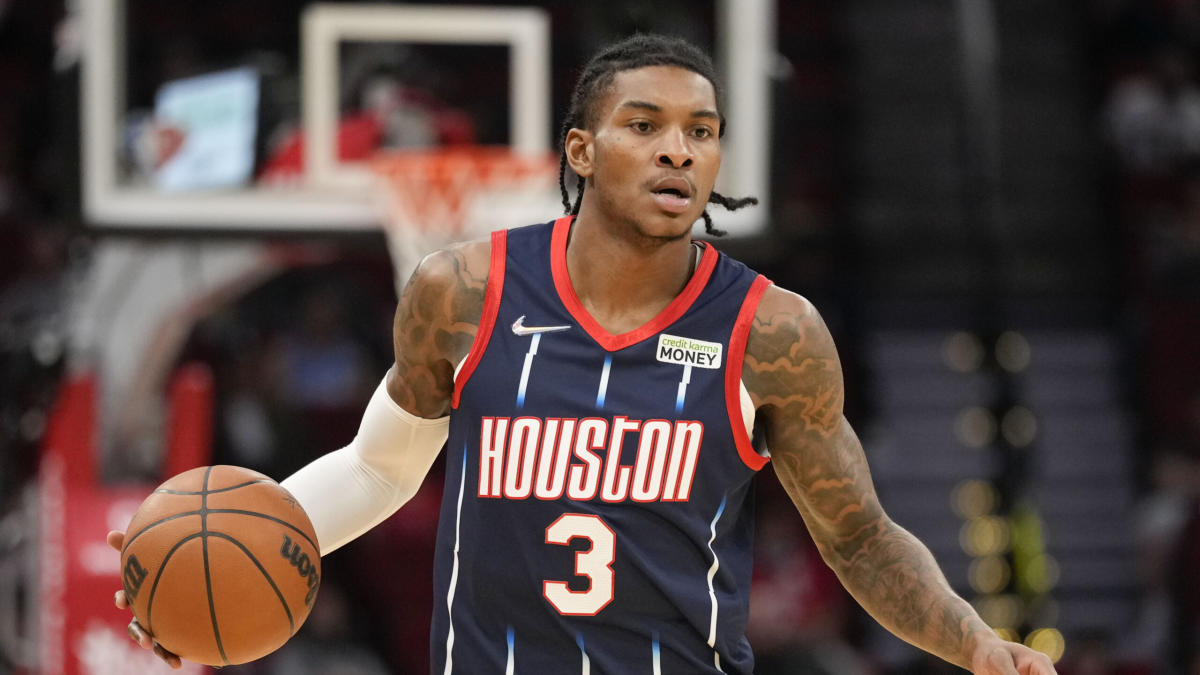 In confirmation of previous reporting, the Houston Rockets and starting point guard Kevin Porter Jr. still share mutual interest in a contract extension this offseason, per Kelly Iko of The Athletic.

Porter, who turned 22 years old this offseason, is set to enter the fourth and final season (2022-23) of the rookie contract he signed after being selected in the first round of the 2019 NBA draft.

In a story published this week, Iko writes in The Athletic:

Porter told The Athletic that he internalized his strong play to end the season and stated that the game slowed down for him, getting a better understanding of passing angles and half-court setups. It’s clear Porter and Houston have hopes of getting an extension done ahead of the 2022-23 season — and he won’t let that serve as a distraction — but until that gets resolved, the questions about his longevity will continue to swirl.

The deadline for any extension is Monday, Oct. 17, one day prior to the NBA’s opening game of the 2022-23 regular season.

For the Rockets, the number to watch on Porter could be $9.7 million. Houston’s plans to create massive salary cap space in the 2023 offseason are well known, and $9.7 million is the “cap hold” — if there’s no extension — to make Porter a restricted free agent in 2023 and potentially sign him on top of any external additions.

Because the Rockets have Bird rights on Porter, they could exceed the cap in such a scenario, and Porter’s restricted status would allow the team to match any outside offer and still retain him.

But if Porter is open to doing a contract extension in which the starting salary is comparable to that cap-hold figure or within the ballpark, it could make sense for the Rockets to get the deal done early. There wouldn’t be much downside, since Porter’s cap hold at $9.7 million would likely still be on the books, even if the team did nothing on the extension front. Regardless of whether Porter proves to be a long-term fixture at point guard or is simply a versatile rotation player, his talent is such that it’s hard to envision Houston wanting him off its roster altogether in under a year.

Furthermore, there could be real upside, since it’s at least possible that a strong season by Porter in 2022-23 could boost his next contract to a much higher price point. Look no further than Jalen Brunson, who recently left Dallas for New York — with the Mavs receiving no compensation — after Dallas failed to get an extension done, which allowed Brunson to play his way into a higher income bracket.

For Rockets general manager Rafael Stone, this offseason might present an opportunity to “buy low” on Porter, and especially if he is willing to accept a team-friendly deal for the upside of getting his long-term financial security a year earlier than expected.

From Porter’s perspective, while he could gamble on having a strong season and securing a more lucrative contract in a year, it would be understandable if he doesn’t want to pass up his first chance to land a guaranteed, long-term contract of significance. The case to do so could be made even stronger when considering some of the off-court issues that defined much of Porter’s initial NBA years.

Ultimately, for the team, it likely comes down to the dollar figure. If Porter will take a first-year salary (in 2023-24, when any extension kicks in) near or slightly above the $9.7 million cap hold, there’s not much downside to getting a deal done early and eliminating any risk of Porter potentially playing his way into a much larger contract.

On the other hand, if Porter wants a far higher first-year number, it might make sense for the Rockets to wait. Houston could give him a similar contract a year from now, but with significantly less stress on its financial flexibility, thanks to the lower cap hold.