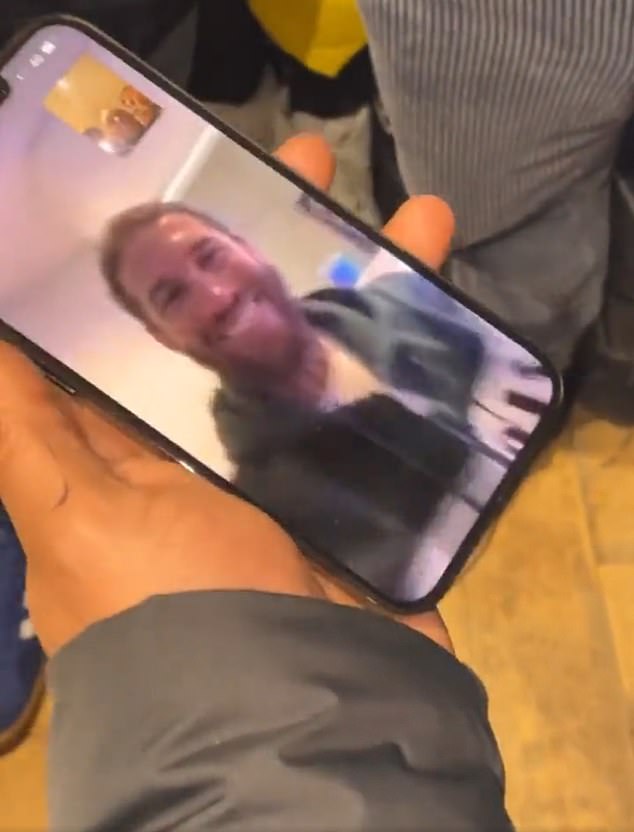 Roberto Carlos sent team-mates and fans at a Shrewsbury pub his new side are named after wild after Facetiming former Real Madrid team-mate Sergio Ramos.

The 48-year-old former left-back made his Sunday league debut on Friday, coming on as a first-half substitute for Bull in the Barne United.

And after netting a penalty in his one-off appearance with the Shropshire outfit, the 2002 Brazil World Cup winner went to enjoy a pint with his new team-mates in a pub nearby.

See also  Man United: Ralf Rangnick warns it will be at least another month until Paul Pogba is match fit 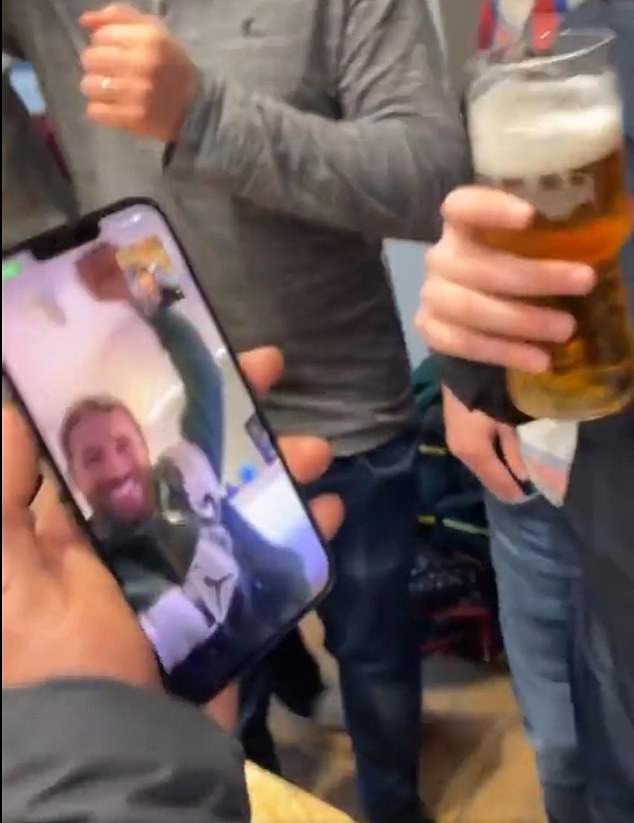 He then wowed his starstruck team-mates even more by then getting hold of Ramos on a video call, with the current Paris Saint-Germain centre-back joining in with Carlos and the pub goers by going wild.

Carlos, the 48-year-old retired player, was apparently nursing a knee injury and was therefore left on the bench – inside a rickety, wooden dugout – for the start of the match against Harlescott Rangers FC.

When he eventually pulled on his maroon No 3 shirt, the super-sub played in central midfield to cheers of ‘Bobby’ from the 100 or so fans watching.

Carlos played for only nine minutes, touching the ball four times. But he came on for a few seconds in the second half to score a penalty, before promptly returning to the touchline. 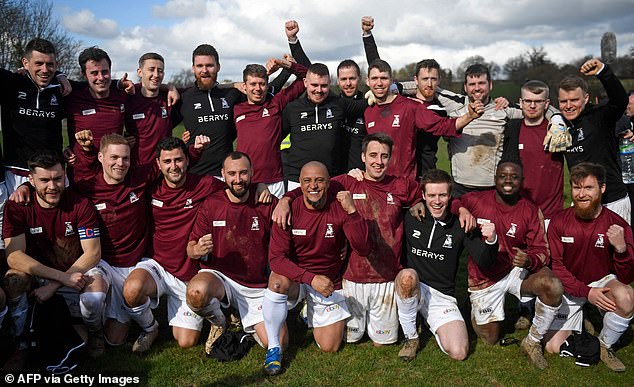 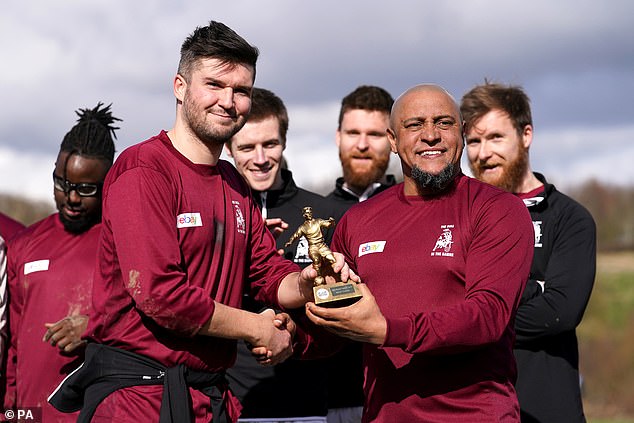 His cameo appearance and spot kick, however, wasn’t enough to save his team from a 4-3 defeat in the friendly.

Speaking in the village hall after the match, Carlos said he didn’t mind playing on the scrappy pitch and admitted he was ‘scared’ when he was called on to take the penalty in the final minutes. ‘The English fans are amazing,’ he said.

The match was organised by eBay to raise money for Football Beyond Borders, an education charity working with pupils from disadvantaged communities in the UK. 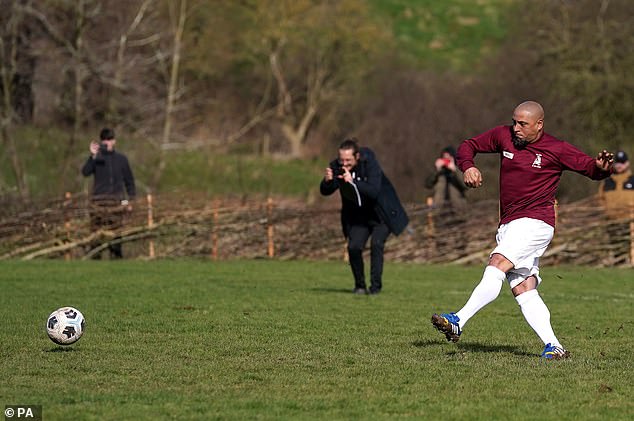 But the Brazil legend did score a penalty, though could not prevent them from losing 4-3