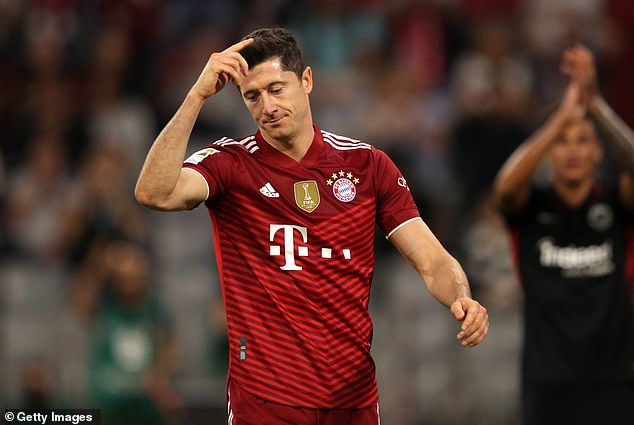 Robert Lewandowski dodged England because he was ‘AFRAID’ of not matching his Bundesliga goal tally, claims the Bayern Munich star’s former agent, after Chelsea joined Barcelona in race to sign striker

Robert Lewandowski’s former agent has claimed that the Bayern Munich star dodged a move to England because he was ‘afraid’ of not matching his goal tally in Germany.

The 10-time Bundesliga champion publicly declared his Bayern Munich career was ‘over’ last month, attracting interest from several European giants including Barcelona, PSG and Chelsea, who reportedly entered the race on Thursday.

Boasting over 300 top flight goals in Germany since 2010, Lewandowski has regularly been the subject of transfer speculation throughout his career, especially with links to the Premier League.

According to his former agent Cezary Kucharski, the Polish international previously used the weather as an excuse not to relocate to England.

But Kucharski also claimed that Lewandowski was afraid of his goal tally depleting were he to move to the Premier League.

‘I always heard Robert give a childish explanation that it rains so much in England,’ he explained to German TV channel Sport 1. 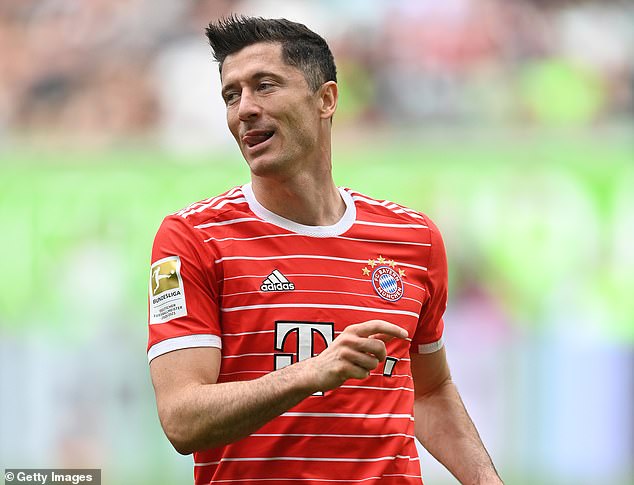 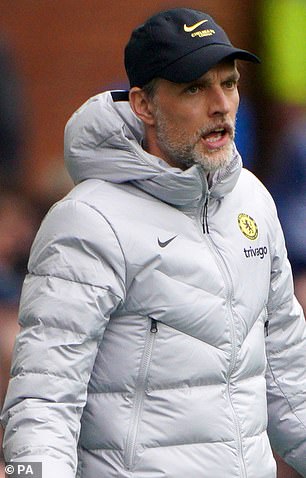 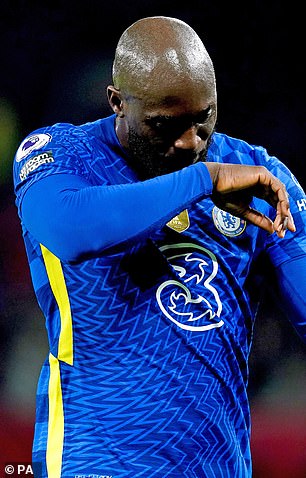 ‘But I think the real reason was that he didn’t think he could be as efficient as in Germany. Robert was really afraid of that.’

A switch to the Premier League could well materialise this summer, with Chelsea reportedly keen to land Lewandowski ahead of next season.

The 33-year-old could provide Thomas Tuchel with a suitable replacement for unsettled forward Romelu Lukaku, who has been linked with an Inter reunion following his failed £97.5 million return to Stamford Bridge last August.

PSG and Barcelona are each racing to land his signature as well, but Lewandowski is favouring a move to Spain according to Mundo Deportivo, who claim that the Pole has already signed a three-year contract worth £175,000-a-week with Barca, as part of a £27 million deal. 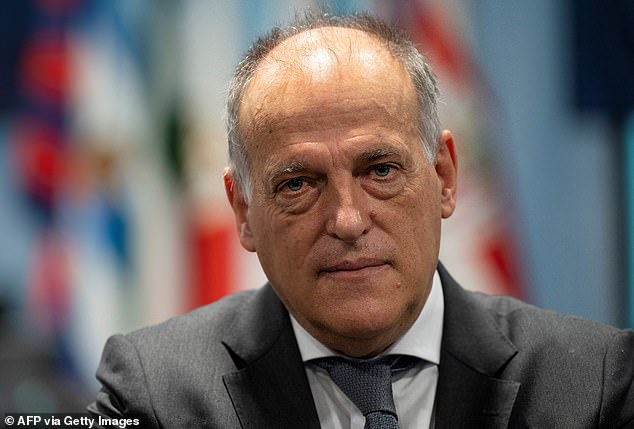 However, following a significant meeting on Thursday, the Spanish giants were granted permission to sell 49.9% of Barcelona Licensing and Merchandising, which is expected to raise a minimum of €200million.

Whilst on international duty with Poland, Lewandowski said: ‘My era at Bayern is over. I don’t see any possibility to continue playing for this club anymore.

‘Bayern’s a serious club and I believe they won’t keep me, I don’t want to play there anymore. A transfer is the best solution. I hope they don’t stop me.’