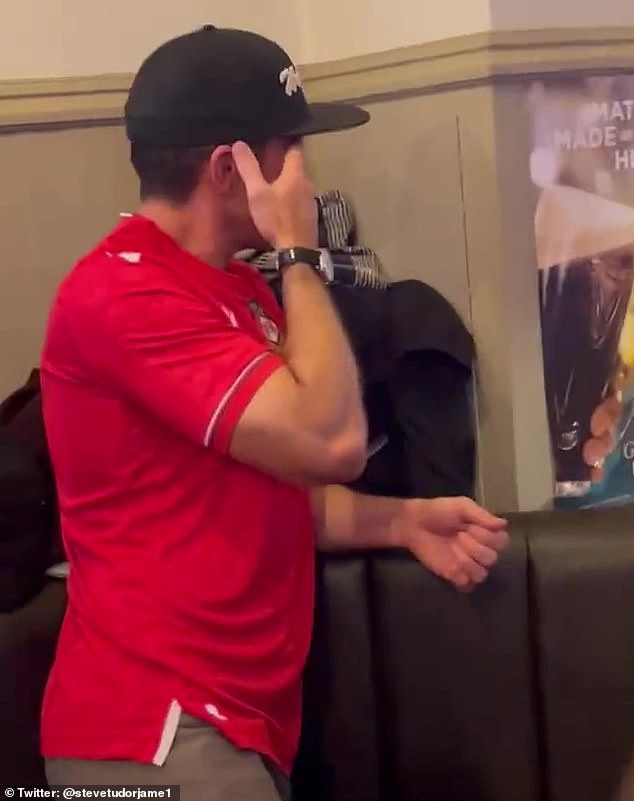 Wrexham co-owner Rob McElhenney was seen wiping away the tears while being serenaded by fans in a local pub last weekend.

McElhenney and fellow Hollywood star Ryan Reynolds are currently enjoying their second full season at the Racecourse Ground after completing an unlikely takeover in November 2020.

The Welsh club missed out on promotion in the duo’s first full campaign last term, suffering a playoff semi-final defeat against Grimsby after a second-place National League finish. This season, they sit three points behind leaders Notts County in second once more. 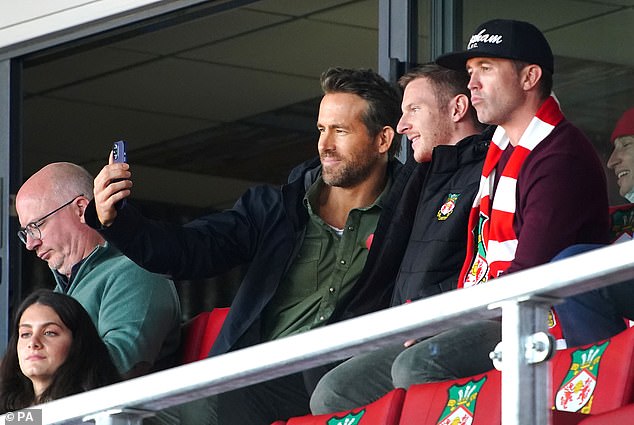 Nevertheless, McElhenney and Reynolds’ arrival has breathed new life into Wrexham, and Red Dragons supporters made their appreciation known this week.

In a clip posted on Twitter at the weekend, an emotional McElhenney appeared to be in tears while drinking with fans in a local pub.

The Wrexham faithful sung his name – and referenced Reynolds’ famous antihero Deadpool – as part of a chant dedicating to their new owners for saving their stadium from ‘crumbling down’.

The lyrics read: ‘Less than a mile from the centre of town, a famous old stadium was crumbling down. No one invested so much as a penny, so bring on the Deadpool and Rob McElhenney.’

McElhenney, who was enjoying a quiet moment on his own in the pub, was clearly overwhelmed by the song as he fought back the tears. 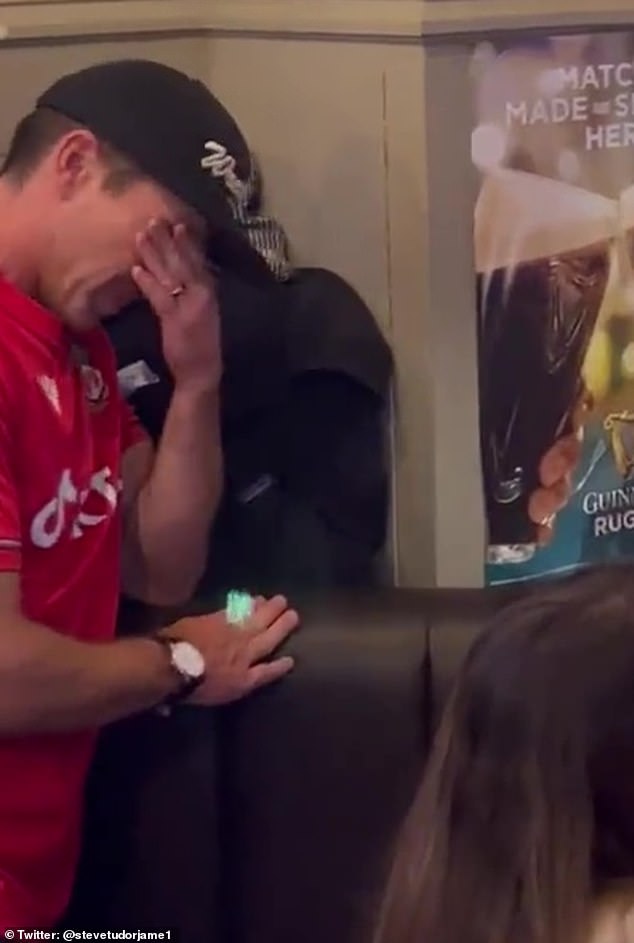 While drinking with fans, McElhenney was left in tears as a local band dedicated a song to him

The It’s Always Sunny In Philadelphia star had watched Wrexham earn a 1-1 draw away at Boreham Wood on Saturday before visiting The Turf pub – just yards away from the Racecourse Ground – to spend time with supporters speaking about their season so far.

Local band the Declan Swans, who performed the song which reduced McElhenney to tears, were also performing on the night.

McElhenney and Reynolds’ journey at Wrexham so far was documented on the popular Disney+ show ‘Welcome to Wrexham’, in which the famous actors are seen making a number of trips to the city.

The documentary has already been renewed for a second series as the Red Dragons hunt promotion to League Two next season.