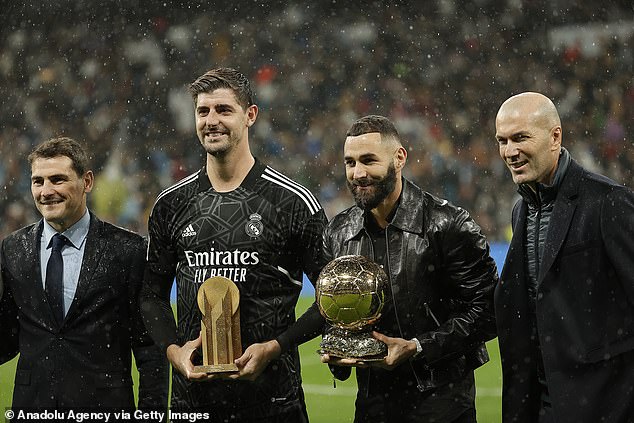 Last week Toni Kroos dubbed him ‘in the top three in the world’ and Fede Valverde reminded everyone why, with a sensational strike from distance to seal a 3-1 win for Real Madrid over Sevilla.

The Fede Express delivered on time again with eight minutes left to send an unstoppable shot past Sevilla keeper Bono and finally kill-off defiant Sevilla. He hobbled off at the end after a clash with Papu Gomez, but that was the only bad new on a night when Madrid overcame a mini Sevilla comeback to pick up another impressive win.

They were showing off the family treasure before kick-off with Thibaut Courtois handed his recently-won Yashin trophy by Iker Casillas, and Zinedine Zidane also out in the driving rain to hand Karim Benzema his Ballon d’Or.

Benzema followed Zidane and Casillas back under cover to watch the game – a muscle problem meant the forward was not risked.

Madrid were ahead on five minutes when the electric Vinicius broke down the left and into the area before sliding a pass through a crowded six-yard box to Luka Modric who scored from close range.

Ferenc Puskas once scored for Madrid aged 38 years and 233 days, and Alfredo di Stefano managed it at 37 years and 255 days – Modric had become the club’s third oldest scorer just 43 days after his 37th birthday. 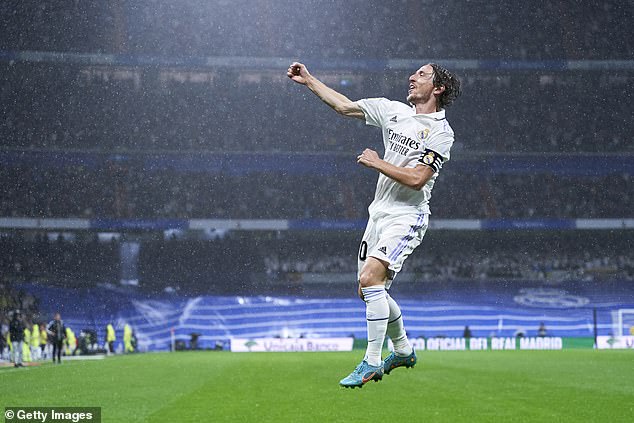 Luka Modric scored in the 5th minute of the game, his second in the LaLiga this season

Madrid were in control for the rest of the first half with Sevilla not really causing Courtois any problems but things changed after the break.

Isco volleyed into the side netting after Jesus Navas crossed from the right as Sevilla looked to build on their equalizer. Lamela then curled a shot wide. Madrid were rocking back on their heels having been in control. 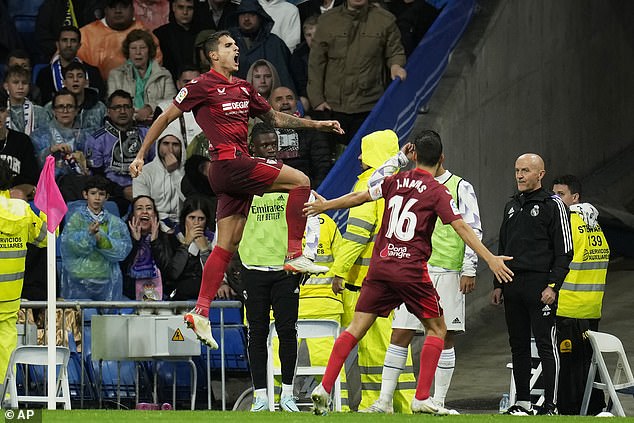 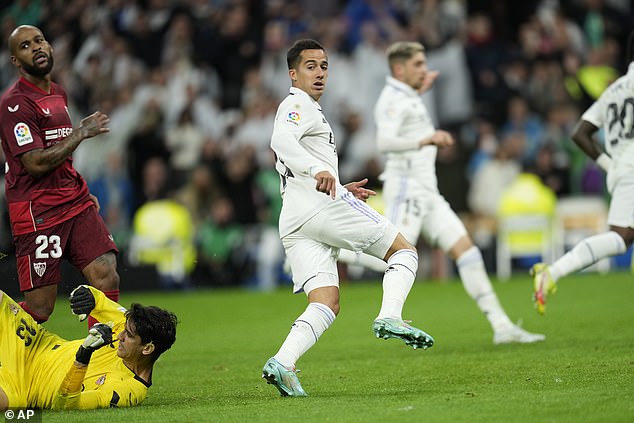 The problem with trying to beat Madrid is that you beat the team on the pitch and then you have to beat the bench. On 77 minutes Marco Asensio and Lucas Vazquez came on for Luka Modric and Dani Carvajal and two minutes later they combined to score.

Vinicius’ unselfishness was key too. Asensio played the pass through to the Brazilian and he could have finished himself but instead he squared the ball to Lucas who scored to make it 2-1.

And a further two minutes later it was over as a contest as Valverde let fly leaving Bono in the Sevilla goal without a prayer.

Madrid had been shaken, and they were stirred into action – finding another gear to take all three points and extend their lead at the top. The only dark cloud for Madrid – apart from those that had soaked the pitch before kick-off – was the sight of hobbling on the final whistle – he is the last man they, and Uruguay, need to lose right now. 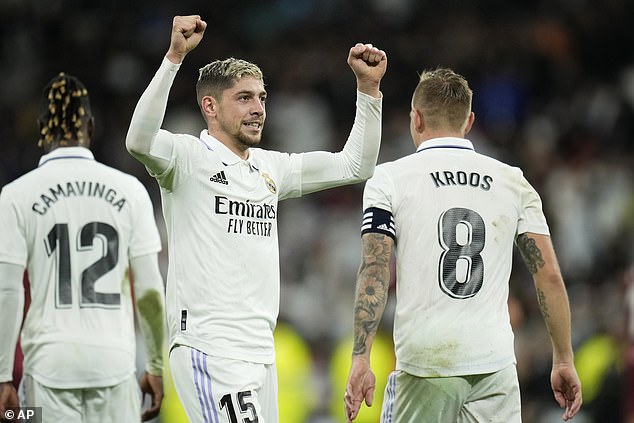