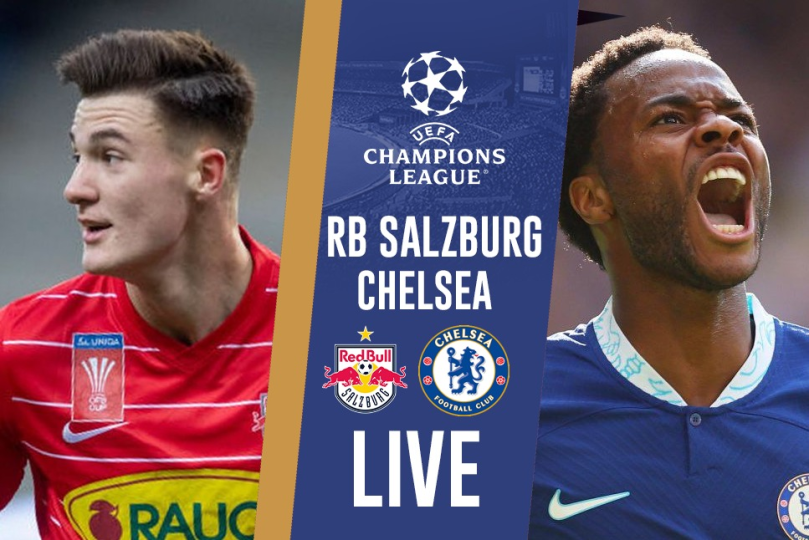 Since the 1-1 draw to their upcoming opponents, Chelsea have picked up home and away wins against AC Milan to put themselves one point clear of Salzburg with two games to go. However, after a drab 0-0 draw to Brentford in the midweek game, the Blues will aim to produce a result as they host Manchester United on Saturday at Stamford Bridge.

Salzburg, meanwhile, are unbeaten in the group with 3 draws and a win, putting them ahead of Milan in the standings. However, the Austrian side are top of their league with 29 points and are two clear of second-placed SK Strum Graz and have lost just 1 game this season.

The Austrian side are suffering with injuries massively with Bryan Okoh a long-term absentee. Ousmane Diakite is also out after suffering a Cruciate Ligament rupture, with Dijon Kameri and Fernando also unavailable for Salzburg. Kameri, has yet to return from a shoulder injury suffered last month.

Mateo Kovacic, Reece James, Raheem Sterling, Pierre-Emerick Aubameyang and Ben Chilwell could start after the side’s two games within four days. N’ Golo Kante is set to miss out until the World Cup after another setback on his injury. Kepa Arrizabalaga is set to continue in goal after impressing in recent games.

RB Salzburg vs Chelsea LIVE: When and where to watch the live streaming of Champions League matches?

Where will RB Salzburg vs Chelsea be played? – Venue
The game will kick-off at Red Bull Arena

Which TV Channel will telecast RB Salzburg vs Chelsea live?