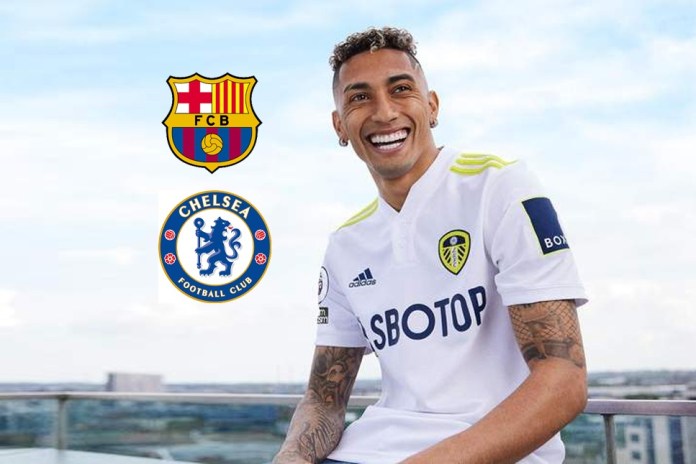 Barcelona Transfer news: Raphinha wants Barcelona move – Barcelona are fighting for the signature of Raphinha, while Franck Kessie and Andreas Christensen will join the club this week. Barcelona president Joan Laporta has confirmed the club have been in talks with Leeds United regarding Raphinha, who “wants to come” to Camp Nou. Follow Latest Football News LIVE with InsideSport.IN

The 25-year-old looks poised to leave Leeds amid a fierce battle for his services, with Chelsea widely reported to have had a bid accepted, while Arsenal have also been attributed with an interest.

Barcelona have long been seen as the favourites, however, though there have been questions as to whether the club could afford the winger due their financial problems – though they were boosted by a TV agreement this week.

Laporta has now confirmed that Raphinha does indeed want to move to Barcelona. “We’ve spoken to Leeds, I don’t think they will be offended. We have communication and we have spoken personally,” he told reporters on Saturday.

“What happens is that there are other clubs that want Raphinha and are making their proposals. He wants to come.”

Seven stars who could replace Ronaldo at Man United following the Portuguese’s request to LEAVE, Check out CR7’s potential replacements

Laporta also confirmed that two deals are set to be made official this week, with Barcelona landing Franck Kessie and Andreas Christensen on free transfers following the expiration of their deals with Milan and Chelsea respectively.

He added: “We will present Kessie on Wednesday and Christensen on Thursday.” The club are also expected to announce a new contract for Ousmane Dembele, who is reportedly ready to accept a wage reduction in order to remain with Xavi’s side.