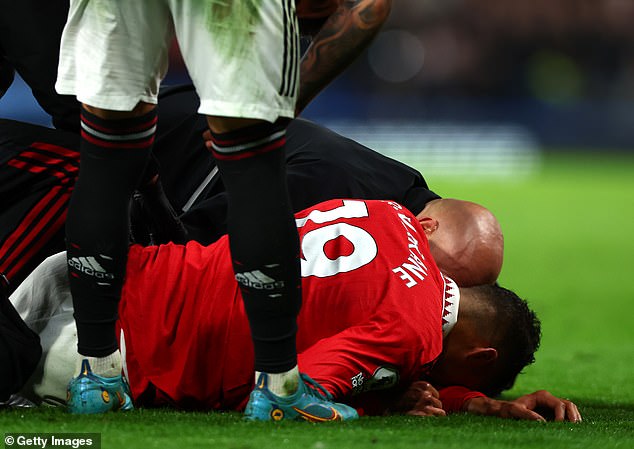 ‘I will not take a player who can’t play at the start’: Didier Deschamps warns Raphael Varane he won’t pick unfit players for Qatar, leaving the defender’s World Cup hopes in the balance, before claiming that his injury is ‘less problematic’

Raphael Varane’s hopes of going to the World Cup hang in the balance after France manager Didier Deschamps said that he would only select fit players.

The Manchester United defender is currently recovering from a hamstring injury suffered during last Saturday’s 1-1 draw with Chelsea at Stamford Bridge, which left the 29-year-old in tears.

He is expected to be out for about a month, thereby meaning he is in a race against time to be fit for the World Cup. 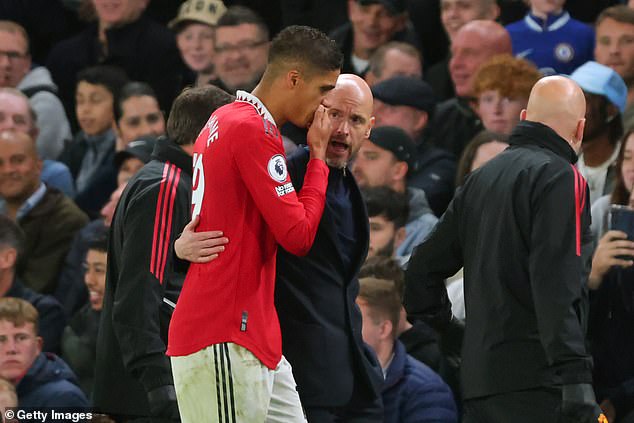 United boss Erik ten Hag also confirmed that Varane is likely to miss all of their games until the World Cup break.

He said: ‘Rapha Varane isn’t in the squad. He will be out, certainly until the World Cup so he will not play in this block [of games] for Man United.’

The centre-back’s hopes of featuring for his country in Qatar then faced a further blow when Les Bleus boss Deschamps revealed he doesn’t plan on taking any injured players within his squad, even if they are likely to return to fitness later in the tournament. 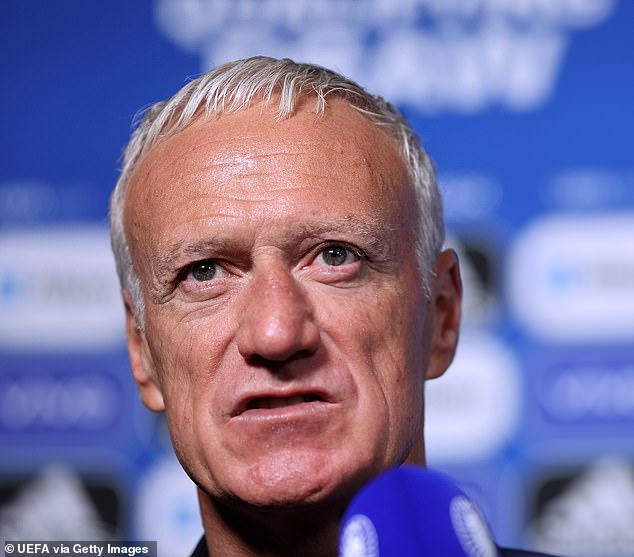 France boss Didier Deschamps said he will only select fit players, with Varane in a race against time to make Deschamps’ final squad as the defender is set to be out for around a month

He said: ‘It’s clear and clean. That I said. I’ve never embarked with an injured player for a big competition. The only thing that is certain is that I will not take a player who is not able to play at the start of the competition. Then it’s on a case-by-case basis.

‘But leaving on a big competition with players who are not suitable, already it occupies too much attention, and for those who have to play, it also monopolises the medical staff. Me, I consider that we must leave with valid and capable players.’

Varane is one of several injury doubts that France face along with players such as Paul Pogba, Lucas Digne and Lucas Hernandez, while N’Golo Kante has been ruled out of the tournament.

However, when addressing Varane, who played every minute of France’s World Cup triumph in Russia four years ago, Deschamps was optimistic about the defender making his squad. 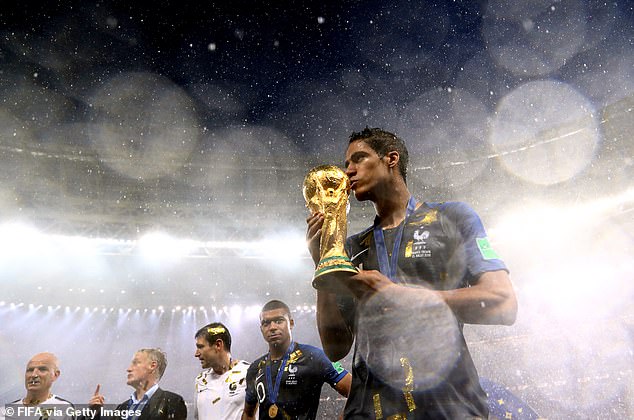 It would be a cruel blow for Varane, who played every minute of France’s success at Russia back in 2018

He said: ‘For Raphaël [Varane], it is less problematic in this aspect, because it is a muscle injury.’

The centre-back had been enjoying a fine season for United, striking up a productive relationship with Lisandro Martinez as Ten Hag’s first choice pairing at the back.

He has made 11 appearances in all competitions so far for the Red Devils, while he has also won 87 caps for Les Bleus since making his debut in 2013.

France face Denmark, Australia and Tunisia in Group D in Qatar, with their campaign beginning against Australia on November 22.