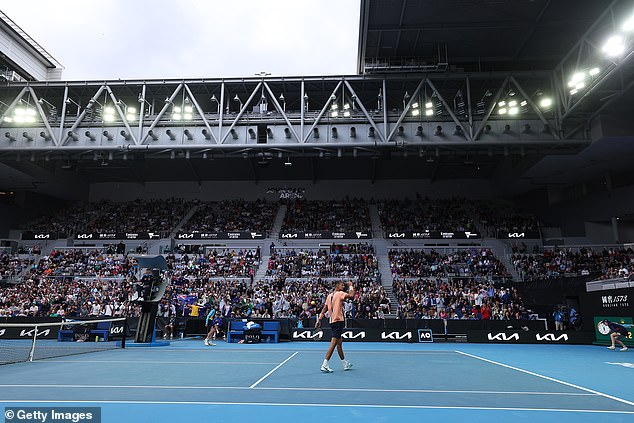 Rafael Nadal out until April after hip injury in second round loss, Dan Evans sees off Jeremy Chady after a bizarre ball dispute and Ben Shelton makes an impact on his first trip outside the US… FIVE things you might have missed from the Australian Open

Nadal’s exit was the big story from Wednesday and it has been confirmed that the Spaniard suffered a grade 2 injury to a hip flexor muscle, and he will be out until the early clay court season as a result.

Sportsmail looks at the five things you might have missed overnight from Day Four of the competition.

Nadal is out until April at the earliest

Rafael Nadal stayed on in Melbourne following his defeat against Mackenzie McDonald on Wednesday to assess the physical damage he sustained.

The 36 year-old Spaniard had an MRI scan which showed a grade 2 injury to a muscle in his left hip flexor.

That is likely to mean anti-inflammatory treatment and rest, with a recovery time of six to eight weeks. That probably means the next time he will be seen is at the start of the European clay court season in April, all being well. 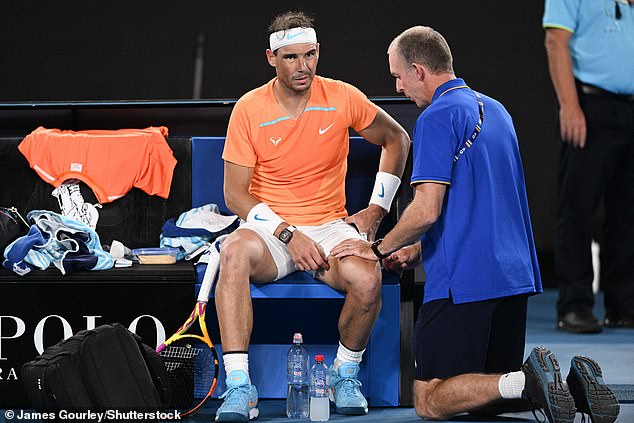 Dan Evans through after ball dispute

Dan Evans became the second British man through to the third round when he eased past Frenchman Jeremy Chardy 6-4 6-4 6-1 in more windy weather affecting Melbourne.

He will now meet number five seed Andrey Rublev of Russia. There was a delay in the first when a lengthy dispute ensued over a ball dropping from Chardy’s pocket during a rally.

Evans won the point anyway, but his view is that a ball dropping from the pocket should mean the culprit losing the point automatically. 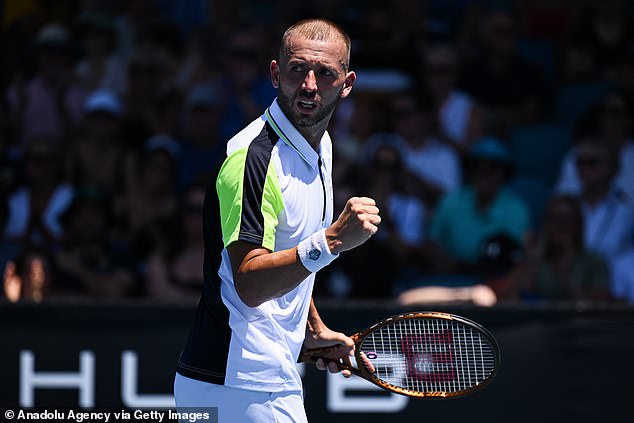 Ben Shelton, just 20, made it into the third round on what is his debut appearance in Melbourne when he defeated Chile’s Nicolas Jarry 7-6 7-6 7-5.

What is unusual about the young American in this highly international sport is that this trip to New Zealand and Australia is the first time he has ever travelled outside the United States.

He is the son of former US player Bryan Shelton, and after a brief but stellar college career has now quit the University of Florida. 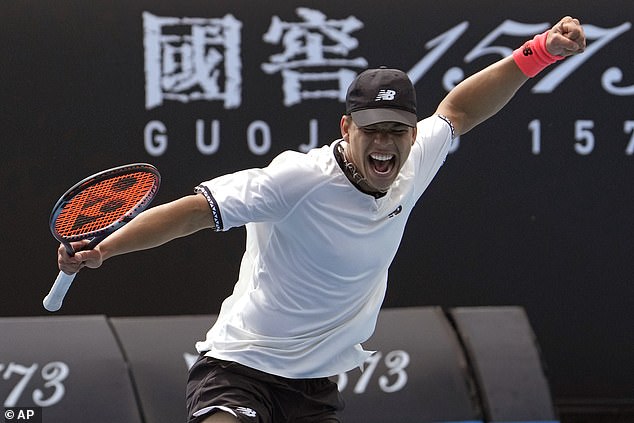 Second seed Casper Ruud of Norway was upset 6-3 7-5 6-7 6-2 by American Jenson Brooksby, making it the first time in 21 years that both the top two seeds in the men’s event have gone out before the third round.

Ruud is yet another character featuring in the new Netflix Break point series who has met an early end in Melbourne.

However it might have more to do with the fact that he played too many lucrative exhibition matches around the world in the off-season, rather than resting up and honing his game. 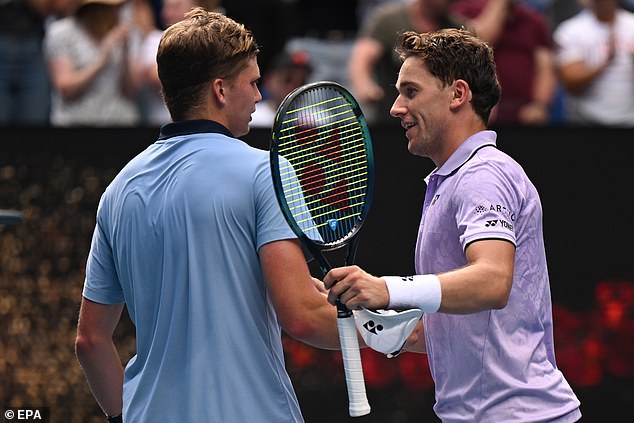 Strong start for Brits in the doubles

GB has a strong representation in the men’s doubles, with a strong start seeing four pairs in which British players feature going through to the second round, including relative newcomers Julian Cash and Henry Patten.

Liverpool’s Neal Skupski is number one seed alongside Dutch partner Wesley Koolhof and they beat Alexander Bublik and John-Patrick Smith 6-1 6-2.